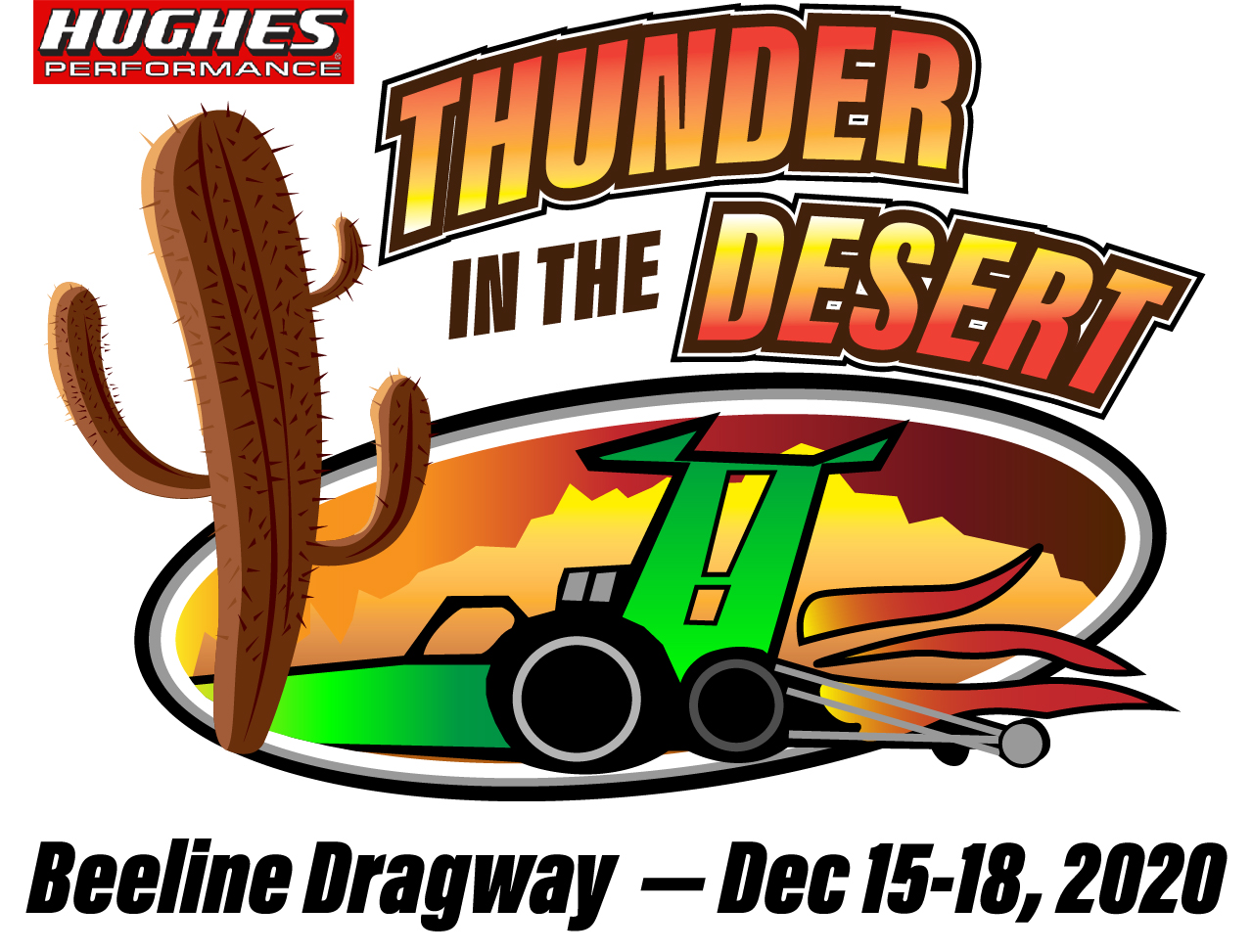 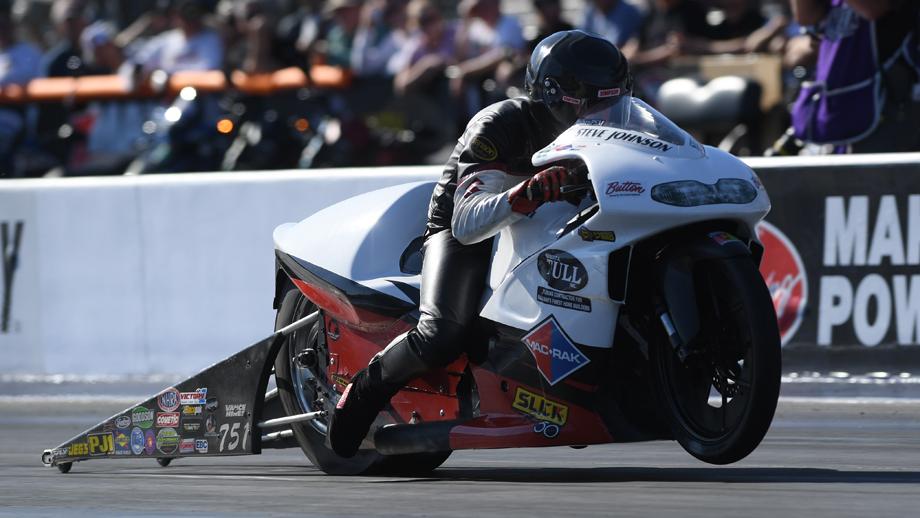 On Friday evening, Johnson secured his second consecutive VRHRA victory at the Thunder in the Desert event at the legendary Beeline Dragway, stopping Angelle Sampey in the final round.

The key to winning a fan-vote competition, as Johnson sees it, is taking the time to connect with those who make the sport possible - drag racing fans.

"It all goes back to preparation," said Johnson, who won the event from the No. 1 qualifying position. "It's not work on the dyno; it's not valve jobs. It's not even bike set-up. As corny as it may seem in real life, physical racing, it is asking a fan if they want a hero card, offering them water, or inviting them into your pits."

Johnson's final round appearance came via wins over Jerry Savoie and Matt Smith. For her part, Sampey entered eliminations as the No. 2 qualifier and beat Ryan Oehler and defending series champion Matt Smith.

Thunder in the Desert also produced two-first time series winners, and for Quartermax Pro Stock champion Bruno Massel, the experience has been extremely gratifying. He stopped Kenny Delco by one vote cast in the final seconds of the match.

"This is awesome," Massel said. "What makes this a total honor is the fans determine the winners. I usually get my butt kicked behind the steering wheel, but to come out and get a victory over Greg Anderson and Erica Enders is incredible. Then Kenny Delco, he's about the nicest man you'll ever meet. This is really cool that race fans thought enough to of me to vote like this. Thank you."

The victory vaulted Massel into fourth in the championship point standings behind Aaron Stanfield, Erica Enders, and Delco. 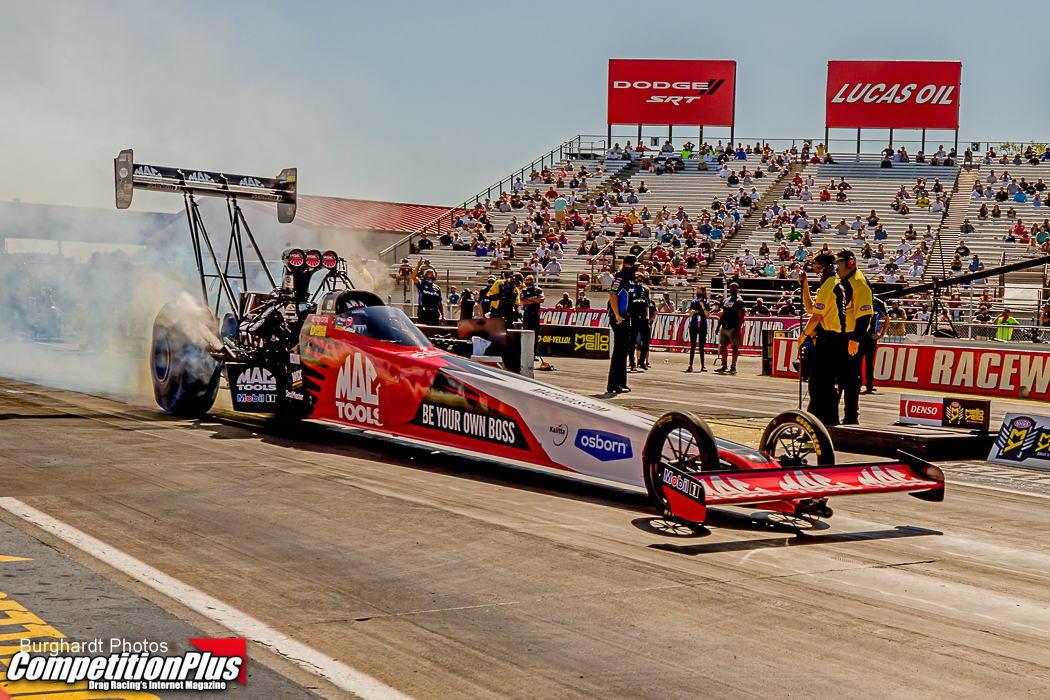 McLeod Top Fuel racer Kalitta has come very close in many races, but on Friday, he sealed the deal for the first time stopping virtual reality powerhouses Brittany Force, defending series champion Terry McMillen and Millican to climb in the championship points lead. He entered the event as the No. 2 qualifier.

Millican had no easy draws either, as he stopped NHRA Rookie of the Year and No. 1 qualifier Doug Foley for the chance to race Kalitta. He's now second in the championship point standings.

TruHarvest Funny car racer DeJoria and defending series champion Tim Wilkerson have a bona fide rivalry when it comes to Funny Cars and votes. The popular racers who finished one-two in last year's championship standings ended up in the finals for the second event in a row.

This time, DeJoria sealed the deal in stopping Wilkerson. Her road to the final round started from the No. 1 qualifying position, where she stopped Robert Hight and then John Force. 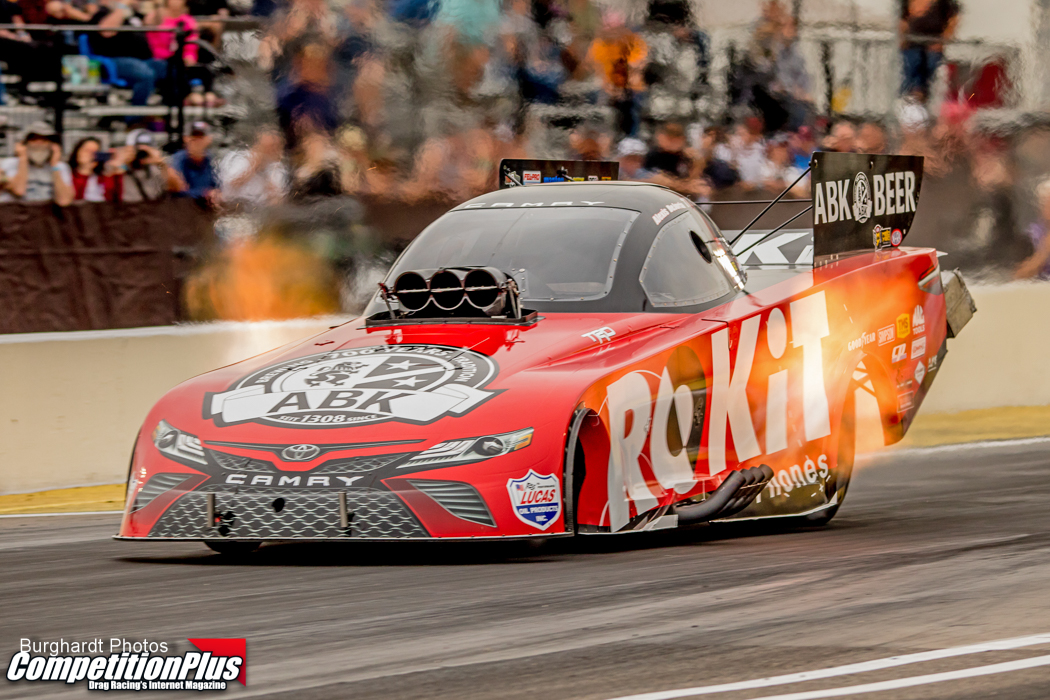 With both DeJoria and Wilkerson scoring No. 1 qualifier and victories in the first two events, the stand tied headed into next week's VRHRA SuperNationals in Long Beach, Ca.

Just as Funny Car has been a two-car battle from start to finish, the Jerry Bickel Race Cars Pro Modified division has provided more of the same. Smith and Steve Jackson picked up where they left off last season. This time it was the defending series champion Smith avenging last week's final round loss to Jackson by winning from the No. 1 position.

Smith and Jackson are deadlocked for first place in the points standings.

The VRHRA resumes its nine-race series with the third stop on the tour, rolling into the legendary Lions Dragway for the Nitrous Supply SuperNationals, starting with qualifying on Monday. Eliminations begin Tuesday, and the event concludes on Thursday.