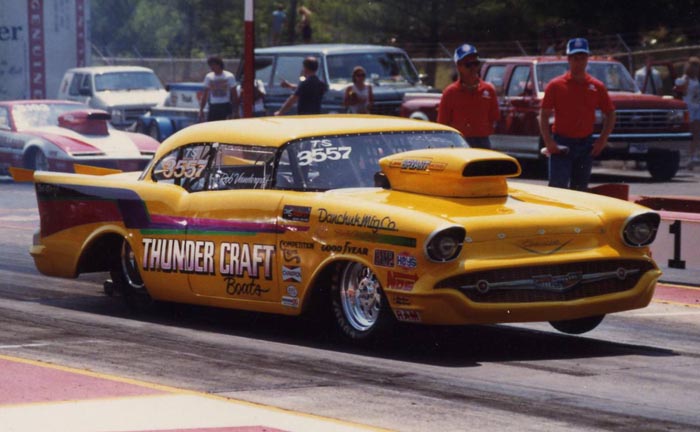 If you raced IHRA Top Sportsman during the years of 1986 through 1989, it was important that you brought a label to the race. Usually, that label was the world’s fastest [insert car year and make here] and that was usually enough of a calling card to generate match races, t-shirt sales and magazine articles. 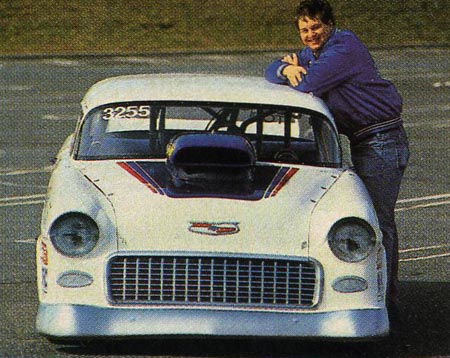 The growing popularity of the Pro Modified movement afforded the pioneering drivers such as Charles Carpenter an abundance of match races. He booked as many as 55 races/match races in one season.

There was no official World’s Fastest Group per se, but the ability to claim a niche in the fast-growing class was enough for the multitude of teams in the fledgling movement to seek out a unique identity.

R.C. Sherman’s unheralded introduction didn’t inspire any real titles, but when Dave Bishop proclaimed Charles Carpenter’s 1955 Chevy as the “World’s Fastest ’55 Chevy” – those immortal words spoken by a part-time journalist was enough to inspire other racers.

Former Comp Eliminator racer Norm Wizner introduced a 1957 Ford, while Florida chassis builder Richard Earle unveiled a 1958 Plymouth Fury. Adding to the growing lure of the class, these cars represented the next generation in fast nostalgia racing with sleek fiberglass bodies mounted on Pro Stock style chasses. They had themes such as Wizner’s “Mega Ford”, a car designed to cater to the Ford fans starved for shoebox action.

Earle’s was probably the most unique of the shoebox quartet as it was based on the sinister vehicle from the Stephen King thriller Christine.

Except for the hood scoop and the potent B-1 wedge under the hood, the Mopar was a spitting image of the movie car.

And these were not your average drivers intent on selling a t-shirt with a greasy handprint on it. Many were methodical in their approach and promotion. 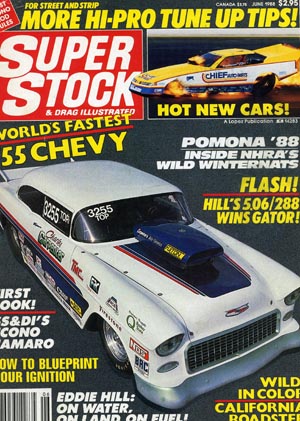 Back in those days, many of them had a magazine editor or their favorite photographer on speed dial. Those inserts into the major media outlet served as unpaid advertisements for match race bookings.

“I wouldn’t say that we had their number on speed dial, but they’d take our calls any time,” said Charles Carpenter.

“They were building the weird stuff for the same exact reason that the Funny Car and Dragster guys built the weird stuff – for bookings,” said Bret Kepner, noted drag racing historian and former IHRA announcer. “When Christine was built, it was not to win IHRA national events. It was built to get a spot on the match race circuit. These cars were built to be noticed.”

Carpenter benefitted from the media exposure that being a member of the World’s Fastest Group produced.

“The media was the key to our survival and growth,” said Carpenter. “That media hype and exposure fueled the fire. There wasn’t an internet and those magazines were the only connection we had to the race fans and industry.”

During the peak period of his race team, in 1988, Carpenter ran a combined 53 dates of races and match races.

“At times we were racing as many as three different times a weekend at three different places,” said Carpenter. “We were zig-zagging the country as much as humanly possible. We’d have to turn down dates because I couldn’t do them all.

“It will never be like that again. Back in those days, there probably weren’t 20 Pro Mod type cars around in the United States. Now there are 20 in every neighborhood.

“I’ve said it before. I never set out to do what I did. I was just doing what I loved to do. I was just racing my 1955 Chevy and it all evolved into that. It just came naturally and that was the sweetest part of it all.” 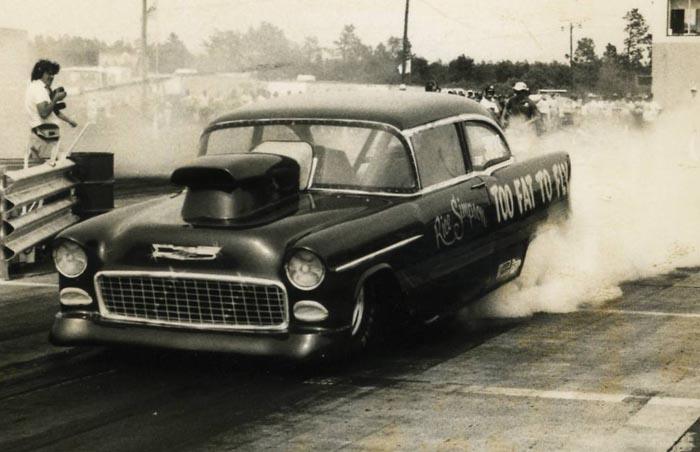 Some of the pre-Pro Mod Top Sportsman entries ranged from the odd mid-engine 1955 Chevy to the absurd with Ernie Wrenn's 1970 Chevy C-10 truck. 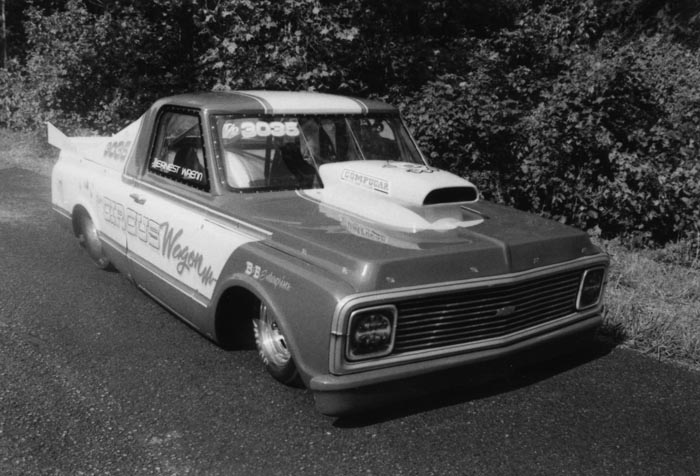