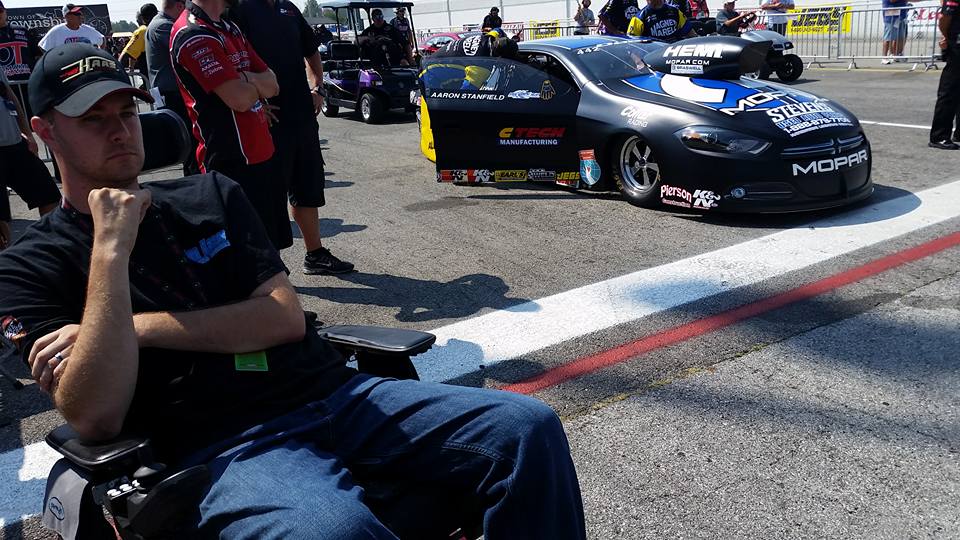 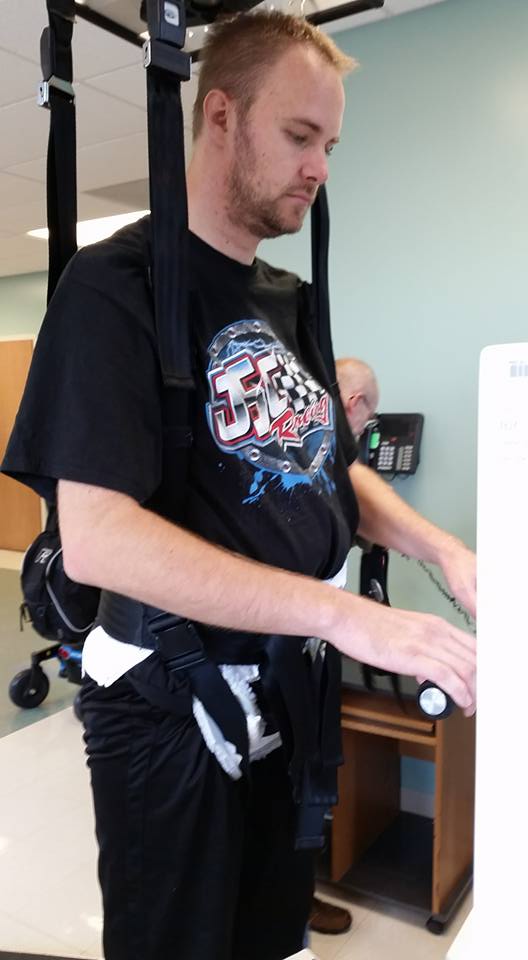 Injured Pro Stock racer Cale Aronson had planned to be more diplomatic in his plea concerning the dangers of street drag racing in relation to the Street Outlaws reality show. Then he read the headline on the December 9th  NBCchicago.com, the website for the NBC affiliate in Chicago.

In grudge racing or in this case, street racing, when someone wants to race  another, they "call them out."

Aronson is calling out producers and cast members of the show Street Outlaws, a reality show aired on the Discovery Channel. He wants them to see, and the public to acknowledge, what they are emulating is illegal and not real drag racing, and while what he says might go against the popularity of the show, he could care less.

Aronson believes the details of the most recent accident should make those on the Street Outlaws care more.

The accident on Friday evening, December 4 in Aurora, Ill., claimed the life of Chuck D. Siebel, 49, and seriously injured his daughter Cassidy. They had just dropped off the 15-year-old’s friend around 10:15 p.m. The two stopped at a stop sign, as their car pulled out of the subdivision, taking a left turn, it was T-boned by a Dodge Charger that was reported to be traveling about 100 mph. The report, attributed to police on the scene, said the accident was caused by a car reportedly street racing.

The 16-year-old, who struck the Siebel car, was believed to have been street racing with a 20-year-old in a Pontiac Grand Prix who avoided the crash, according to police.

Now Aronson isn't accusing the show of inspiring these teenagers to race illegally on the street, but what he is saying, is the antics portrayed on the show in the name of television ratings sets the stage for similar incidents to happen.

"I see the perception of what they do, and it irks me, they have to know that people, teenagers and I lose the term loosely, adults, who you know are going to emulate what they do on that show," Aronson said. "What they are doing gets labeled as drag racing. And it clearly isn't. Even that article said the kid who had the wreck was drag racing."

Aronson knows real life professional drag racing rides a fine line along the edge of danger and disaster. On April 25, 2015, while making a qualifying run in his 220-mph Pro Stock Mustang, Aronson's car crashed into a retaining wall at Palm Beach International Raceway. He suffered neck and spinal cord injuries that left him confined to a wheelchair while he undergoes extensive physical rehabilitation. He hopes to walk again by the one-year anniversary of the mishap.

Aronson questions if he can get hurt like this using the best safety equipment available and while racing in the best safety conditions available, what is there for those who race illegally on the street where innocent families travel?

"These sanctioning bodies, and they might have their faults, but they have always been about getting this kind of stuff off of the streets, the stuff glorified on that show," Aronson said. "On that show, it's on a closed course, I get that. You never see when the innocent bystander pulls out in front of two characters racing down the street.

"In real life, there's always someone where they aren't supposed to be."

Earlier this year, drag racing's premiere sanctioning body, the National Hot Rod Association cracked down on their members who participated in the show, threatening to revoke their competition license.

"Illegal street racing is getting innocent people hurt, and, in this case, killed, heck one of them even had a crash recently but yet there are those who won't see this cannot publicly say what they are doing is fake for losing the ratings," Aronson emphasized.

Justin "Big Chief" Shearer, a cast member on the Street Outlaws, was involved in an accident on November 14 while participating in a taping of the show.

Bangshift.com, who broke the story of the accident, was told by Shearer he suffered bruised lungs, crushed his L2 and L3 vertebrae and a broken collarbone.

"See most people don't realize he had a safety crew there because it is all part of the facade, and who knows what kind of technical inspection the car he crashed had -- he's awfully lucky to be still alive," Aronson said. "I mean, look ... I had a head and neck restraint on when I crashed and still broke my neck."

And Aronson said, especially in light of the Aurora accident, it's time the producers and participants are straight up and to the point. He realizes there is a disclaimer at the start of the show which says, "Street racing is dangerous. While the cast of Street Outlaws has been street racing for decades, races in this episode were conducted in a controlled environment with strict safety protocols in place."

A second disclaimer in the form of, "Just because we're dumbasses, don't mean you can be too. So don't do any of this ****that we do at home!"

"Yeah, they left out the part street racing is illegal, and I don't care how long they've been street racing, it's still wrong," Aronson said. "There needs to be a message, if you want to really drag race, take it to your local drag strip. And do it the right way.

"These 16-year old kids are being enticed to street race through the popularity of the show rather than participate in a safe environment as their first introduction into racing is an illegal one. I know I will catch a lot of grief for making my opinions public, but saying nothing feels like I am condoning it.

"No matter how many disclaimers you put on your show, when someone emulates what you're doing and gets hurt, or some innocent person gets killed, their blood is on your hands."