NHRA R.O.Y. JUSTIN ASHLEY FEATURED ON COVER OF DI'S BEST OF 30-UNDER-30 ISSUE 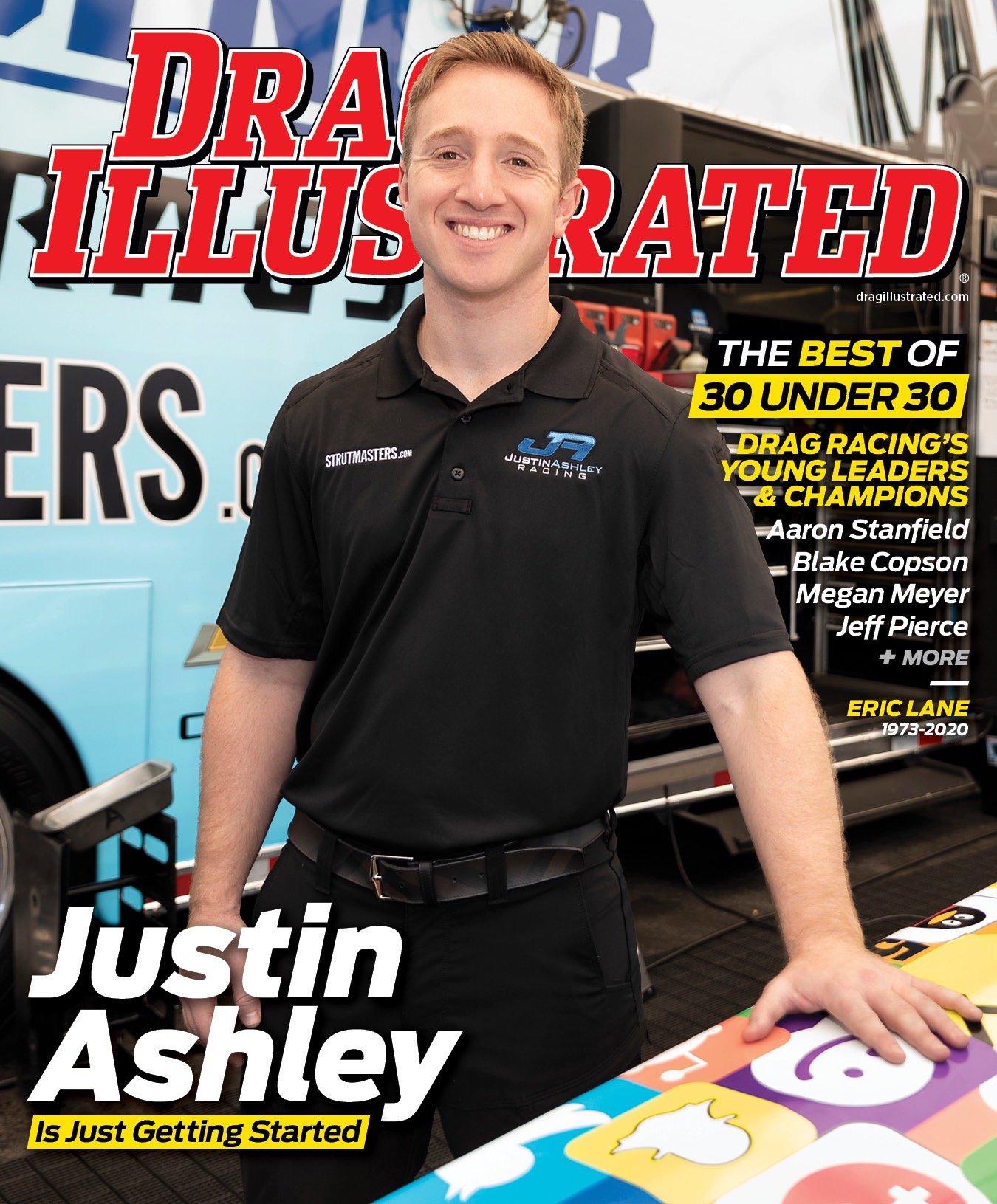 As the most recent NHRA Rookie of the Year, Justin Ashley is featured on the cover of the latest issue of Drag Illustrated. The driver of the Strutmasters.com Auto Shocker Top Fuel dragster was singled out from a group of accomplished young drag racing professionals by the editors of the magazine. Usually this issue of Drag Illustrated features the annual 30 Under Thirty list; a collection of the brightest stars or future stars in drag racing. This year the magazine chose to update their readers on previous 30 Under Thirty members with a “Best of Issue.”

“I am so honored to be on the cover of Drag Illustrated,” Justin Ashley said after seeing the issue online. “I know the guys at the magazine do an awesome job covering every aspect of drag racing and to be on the cover highlighting the ‘Best of 30 Under Thirty’ is a big deal. I feel fortunate to be surrounded by a great team of people who’ve helped our program get to where we are today. I want to thank the magazine as well as all my sponsors for being a part of a great rookie season. I am very excited about 2021 and can’t wait to get back in my Strutmasters.com Auto Shocker Top Fuel dragster.”

This is Ashley’s first solo national magazine cover. Earlier this season Ashley and Top Fuel veteran TJ Zizzo were featured on the cover of National Dragster in advance of their final round showdown at the NHRA Summernationals. Ashley got the win, his first career Top Fuel victory, which catapulted him to the front of a tough NHRA rookie class for consideration for NHRA Rookie of the Year.

Fans can view a digital copy of Drag Illustrated HERE.