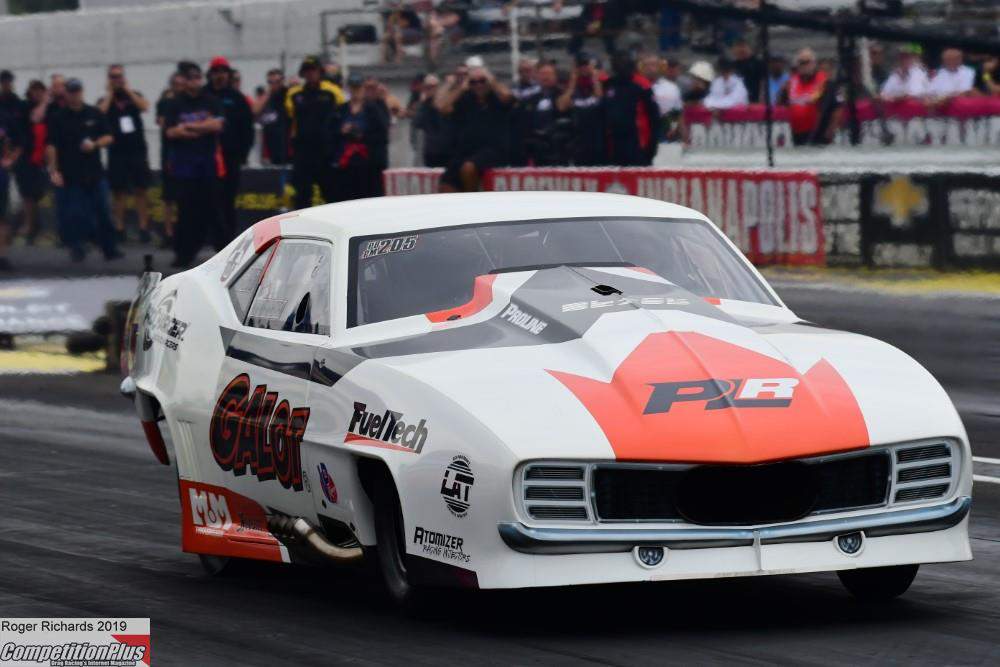 The possible inclusion of the centrifugal supercharger in NHRA Pro Modified has created a buzz within the pits at the Chevrolet Performance NHRA U.S. Nationals.

After three exhibition runs, the 6.18 elapsed time of John Strickland stands as the quickest in similar conditions to what the current Pro Modified entries have run. In Radial vs. The World trim, Kevin Rivenbark ran as quick as 3.587 seconds in the eighth-mile, at 206.67 miles per hour.

Defending NHRA Pro Modified champion Mike Janis is one of those who believes the centrifugal supercharger has a place in a class which was limited to two power adders for nearly two of the first decades of the class.

"We’ve got to bring new blood into the class as long as they make it fair for everybody,” Janis said. “I think the bottom line, ProCharger’s probably going to put some money into NHRA so probably a done deal in my mind.” Janis, a longtime supercharger proponent, and distributor of high-end blowers says he’s fine remaining where he’s at with the conventional roots supercharger. Some believe the centrifugal version is an eventual replacement to the standard supercharger in Pro Modified. “That’s only up to the rule makers and if everybody keeps doing what they’re doing, and keep it on a fair playing ground, that’s what you have to do,” Janis said. “You can’t let one take off. They’ve been pretty good with it so far. All we can do is hope that politics don’t take over the whole deal.”

“Indy provisional low qualifier and multi-time NHRA series champion Rickie Smith said he’s not opposed to the centrifugal superchargers as long as NHRA’s tech department does their due diligence in keeping the power adder in line with the other established combinations.”

“It’s just another power adder that they’re going to have to try to keep under control,” Smith said. “What I see here, this whole deal would be great if they would keep the rules right and keep the cost down. But it’s just like anything when you’re trying to slow somebody down so another guy can run with him, then why do you allow better motors to come in?”

Consider nitrous engine builder, Pat Musi, a pioneer of the electronic fuel injection movement into the nitrous-injected combination, as opposed to the thought of the centrifugal superchargers coming into Pro Modified.

“I’m the wrong guy to ask,” Musi said without hesitation. “I’ll just flat tell you I think they’re going to be sandbagging. So how are we going to know their potential? We can’t get parity now, we’re just trying to get to it, and you want to open up a whole nother can of worms and throw it out there. So me personally, it’s about the dumbest thing [NHRA] could do.”