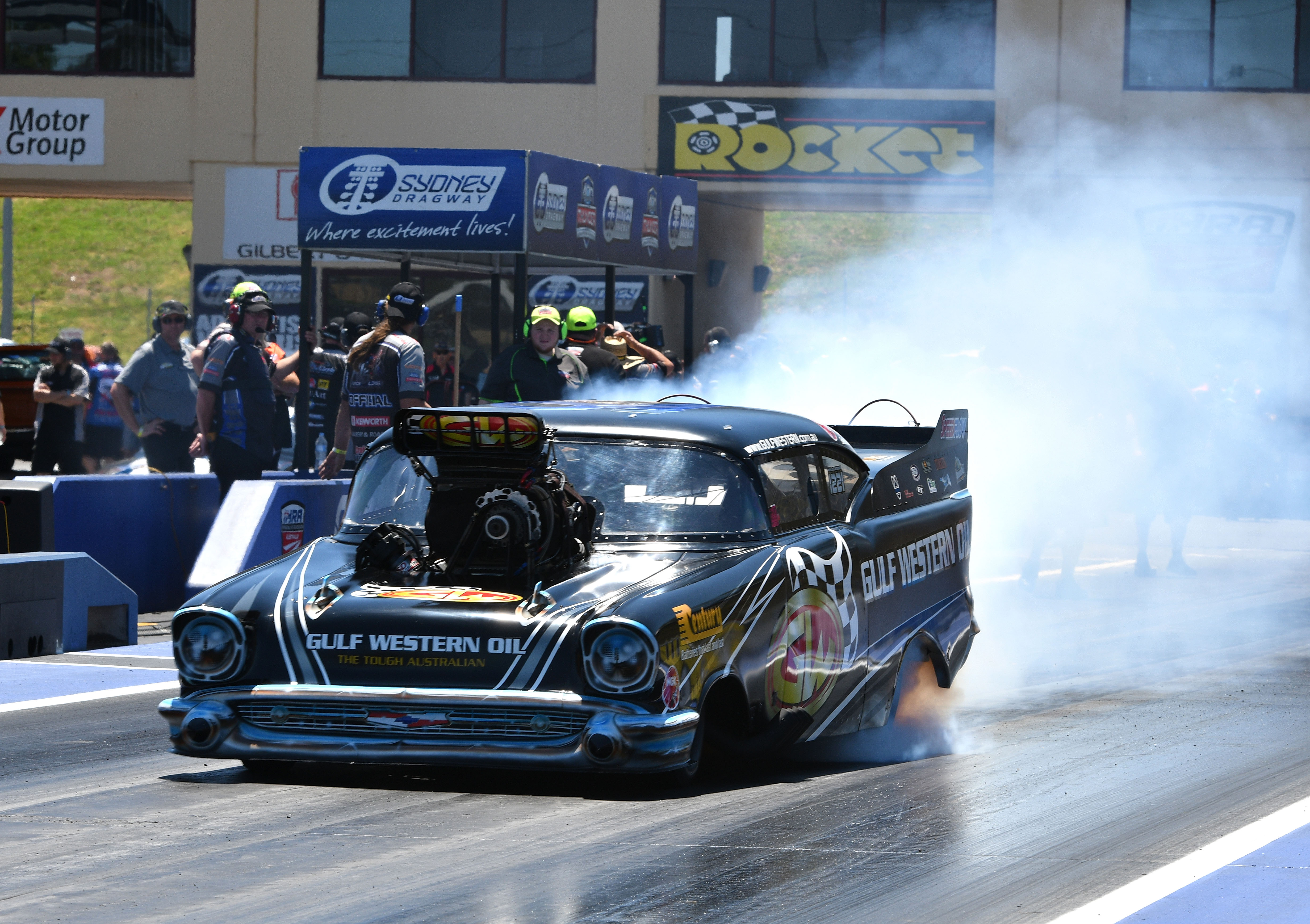 The naming rights sponsorship deal that commenced in 2016 and covered the two Pro Slammers driven by father and son Victor and Ben Bray, a Toyota Solara raced by Ben in Sports Compact and two burn-out cars.

Bray, often referred to as the John Force of the sport down-under, paid tribute to the support from the Australian owned company.

“It has been a great two and a half years representing Gulf Western Oil,” said Bray. “Not only at drag racing events but also through burnout shows and appearances at Expos, agricultural shows and more.”

“When Gulf Western Oil came on board, Australian drag racing was facing some challenges and we remain ever thankful to this great Aussie-owned company for getting behind us in the changeable environment. Their commitment and support has always been greatly appreciated.”

Gulf Western Oil will remain a major presence in the Australian drag racing scene with confirmation they will sponsor two events on the 2019-20 calendar, the Sydney Dragway Nitro Champs and Willowbank Winternationals.