IT'S OFFICIAL: NEFF AND SCHUMACHER ARE REUNITED 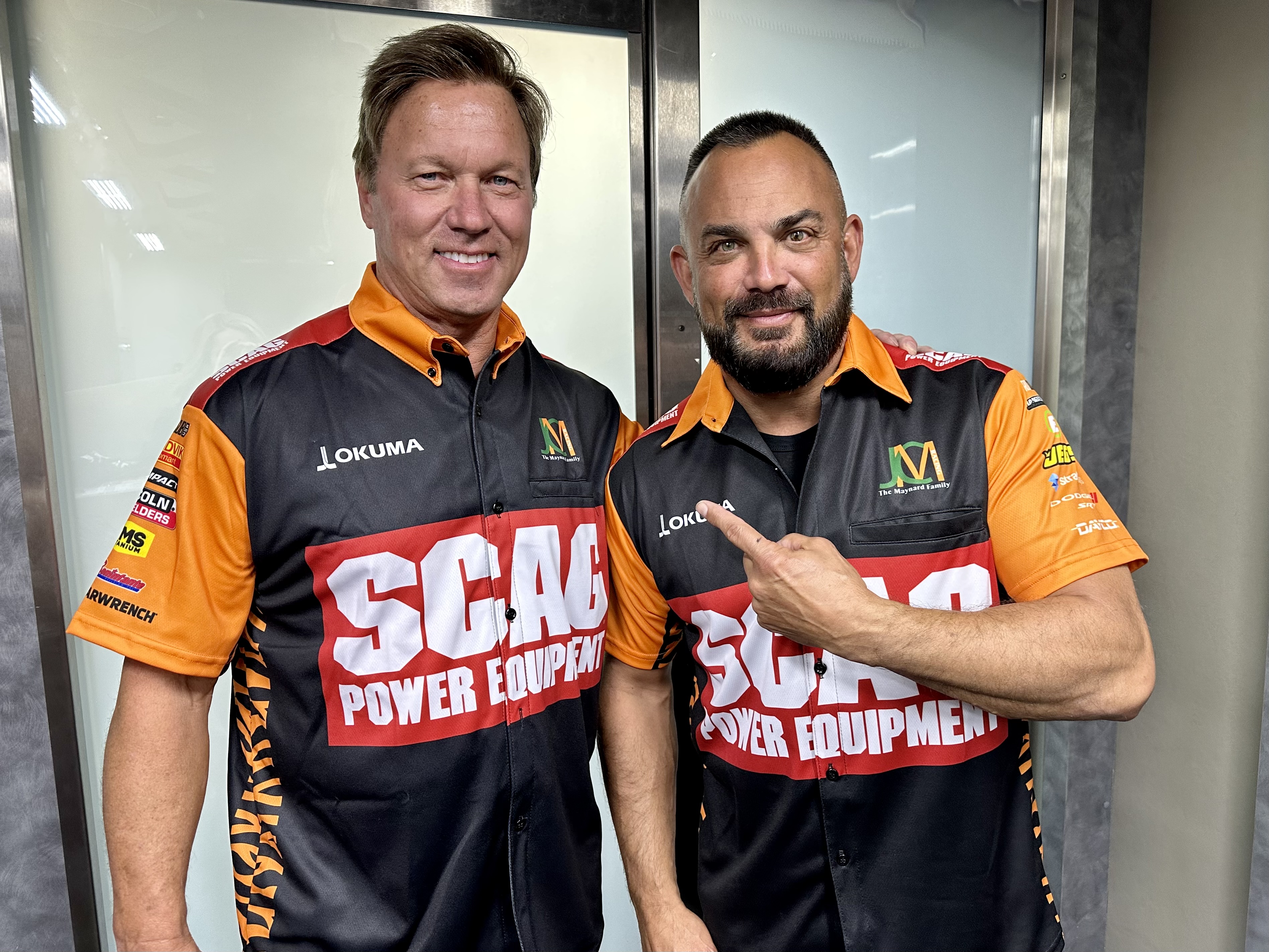 A tuning powerhouse and the winningest Top Fuel drag racer in NHRA history will reunite in 2023.

In a statement released to the media on the day after the 2022 season concluded, Maynard Family Racing (JCM) confirmed the rumors that Mike “Zippy” Neff and Tony Schumacher will be together next season.

“Yes, it’s official. Zippy will be the crew chief on our SCAG Power Equipment Top Fuel dragster next season,” said Schumacher. “Truthfully, this is a huge deal, and I have no doubt we’re going to be a powerhouse team.”

Neff is joined by John Schaffer, his assistant crew chief at Bob Tasca III’s Funny Car team. Phil Shuler will remain with the team, while Todd Okuhara will move over to Tasca, where Aaron Brooks will join him.

Schumacher and Neff previously worked together on the 2018 U.S. Army dragster before the Army redirected its marketing dollars away from motorsports, which led to the team's dissolution at the end of the season. In the one and only season as driver and crew chief, they amassed one win in six final rounds and the No. 1 qualifying efforts.

“We only got one year together,” Schumacher explained. “Ever since then, my intentions have been to team back up and win a championship together. He’s wanted to win a Top Fuel championship, and we finished No. 2 in the points that year behind Steve Torrence, who was dominant all season. When the opportunity presented itself for Zippy to come over here next year, to me, it was a no-brainer. I wanted to work with him again. I love his enthusiasm, I love his calm approach, he’s got a little bit of that cockiness, and he’s just a cool cat to work with.

“We were running low E.T. on a regular basis, we won a race, and we were getting better every day. We were a team that everyone knew was going to be awesome that next year, and we just ran out of time. Now our time is back. It took a little while to get moving, but once we got into our rhythm, we were kicking butt. We were trucking along in the right direction and felt like it had all just started to come together.”

Neff brings multi-dimensional experience as both a tuner and driver. He earned ten race wins as a driver and as a tuner two Funny Car championships> His resume includes drivers John Force, Robert Hight, and Gary Scelzi.

Neff is excited about another go-round with Neff.

“I’m excited to go back Top Fuel racing with Tony,” Neff said. “That was the only year that I’ve been a Top Fuel crew chief, and we finished second that year. We were on track to do big things, and I was bummed when it went away. When the opportunity came around to have another crack at it and team up with a championship driver like Tony, I couldn’t pass it up. Certainly, there will be a learning curve at first, but I don’t think it will take too long for us to be a legitimate contender and ultimately, race for the championship.”