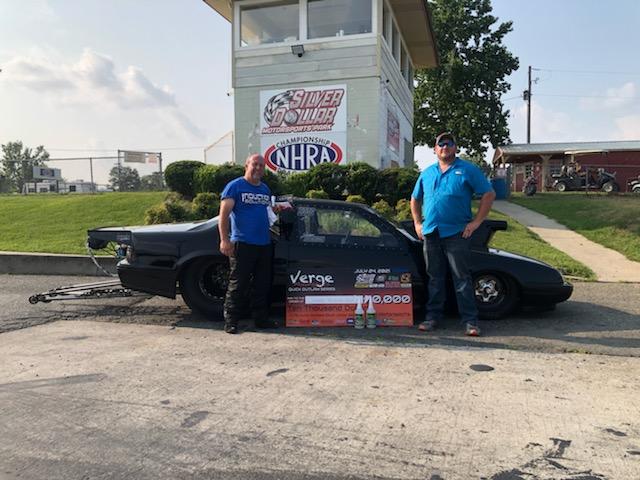 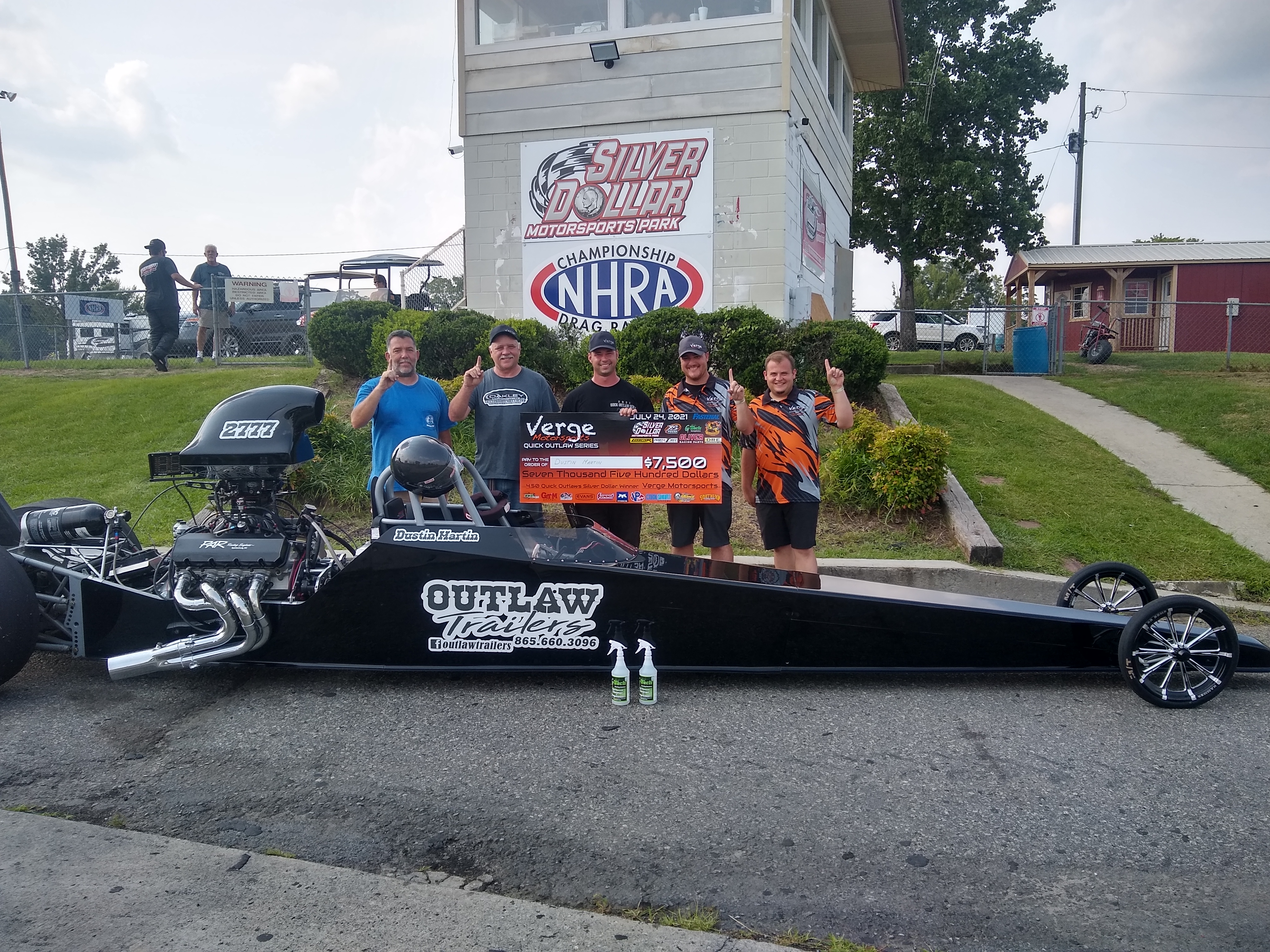 Four races into the Verge Motorsports 4.70 Quick Outlaws series, and there has yet to be a repeat finalist.  The trend continued in the latest event held at Silver Dollar Dragway in Reynolds, GA.

With the heat index above 100 degrees, you would think that it would slow the cars down; instead, exactly half of the field ran in the 4.60 range during the first round of qualifying. When it was over, Brian Thomas secured the GPS Race Cars #1 qualifier position, and the points lead with his semi-final finish. His 4.701 led the field of 26 cars.

Despite a short field of 4.50 dragsters, the full purse was paid, and Dustin Martin was more than happy to collect his $7,500 winner’s share in his Outlaw Trailer’s sponsored entry. The Loudon TN native defeated local racer Casey Prince in the final, 4.539 to 4.547 in the final.

The next Vergemotorsports.com 4.70/4.50 event will be held at historic Huntsville (AL) Dragway, Sat Aug 7, along with a $5K to win 64 car bracket race and 1k for Jr dragsters.