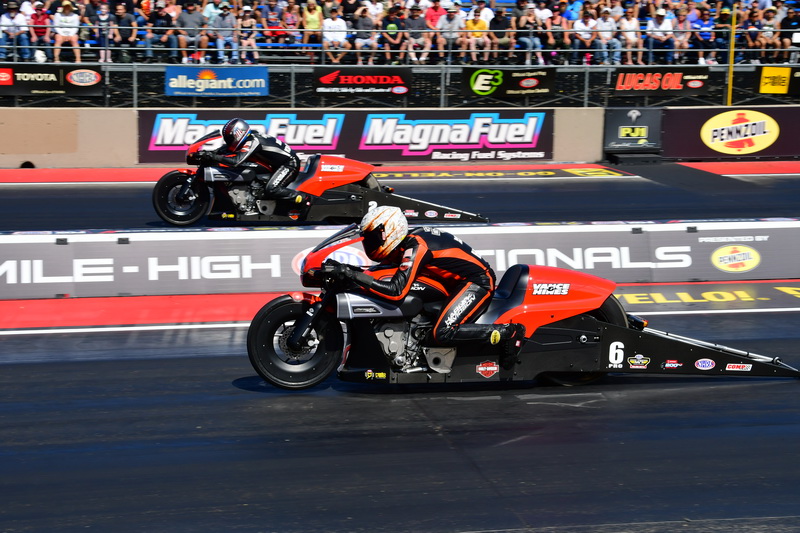 The debut of the FXDR body for the Vance & Hines Harley-Davidson team at the Mile High Nationals was a resounding success. 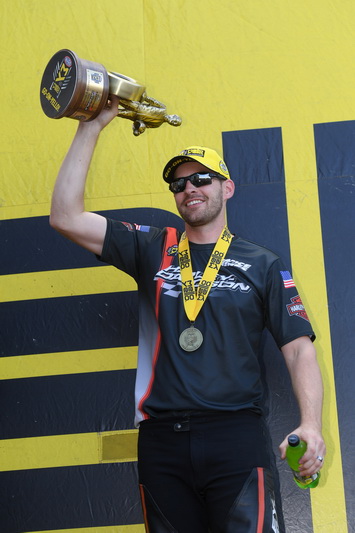 “Rolling out this new FXDR (body) has been so much work here the last three months,” Hines said. “Our guys at Vance & Hines have been making sure they are cutting patterns on the CNC machines so all the fit and quality would be exactly what Harley expects out of us. To have them entrust us with bringing out the next Factory motorcycle they want to push in NHRA drag racing just solidifies our future with them.”

“Bringing that motorcycle here, we didn’t quite know what to expect,” Hines said. “We had a few tests at Indy on the Fourth of July and it looked to be about the same as we had with the Street Rods and luckily, we brought it in here and kind of had our same performance comparatively of what we had in Denver in previous years.”

This was Hines' 54th career national event win since making his PSM debut in 2002 at Bandimere Speedway.

To say the Vance & Hines team has had success at Bandimere Speedway is a massive understatement. Hines’ win was the 13th for the team since 1996.

Matt Hines, Andrew’s older brother, and Krawiec have four wins each at the Mile High Nationals.

Andrew is having a dream season, after going winless in 2018, he has a 25-2 elimination round record. Hines has beat Krawiec five times in the finals this season.

“To put them both in the final round (Sunday), a lot of people questioned that we were taking bodies off that worked really good from Norwalk (Ohio) where we had both bikes in the final round, but we put them both back in the final round in Denver,” Hine said. “It is one of those things where Eddie and I are in a flip-flop deal. He is in the same boat I was in last year. He beat me up in the semifinal and final rounds along the way, and when one bike is clicking it is easy to make that one continue on. You try and play catch-up with the others and find those little things. We took a chance with his bike in the final because it wasn’t up to snuff with how my bike was running and we said, let’s learn something. If we’re going to learn something, let’s do something big and it still didn’t change the performance of (his) bike. There’s something holding it back there.

He’s a great rider and he’s won four championships and is the second-winningest driver in the class. I don’t take him lightly. As soon as I get in the water, he’s not my friend. I’m out there to turn my lights on.”