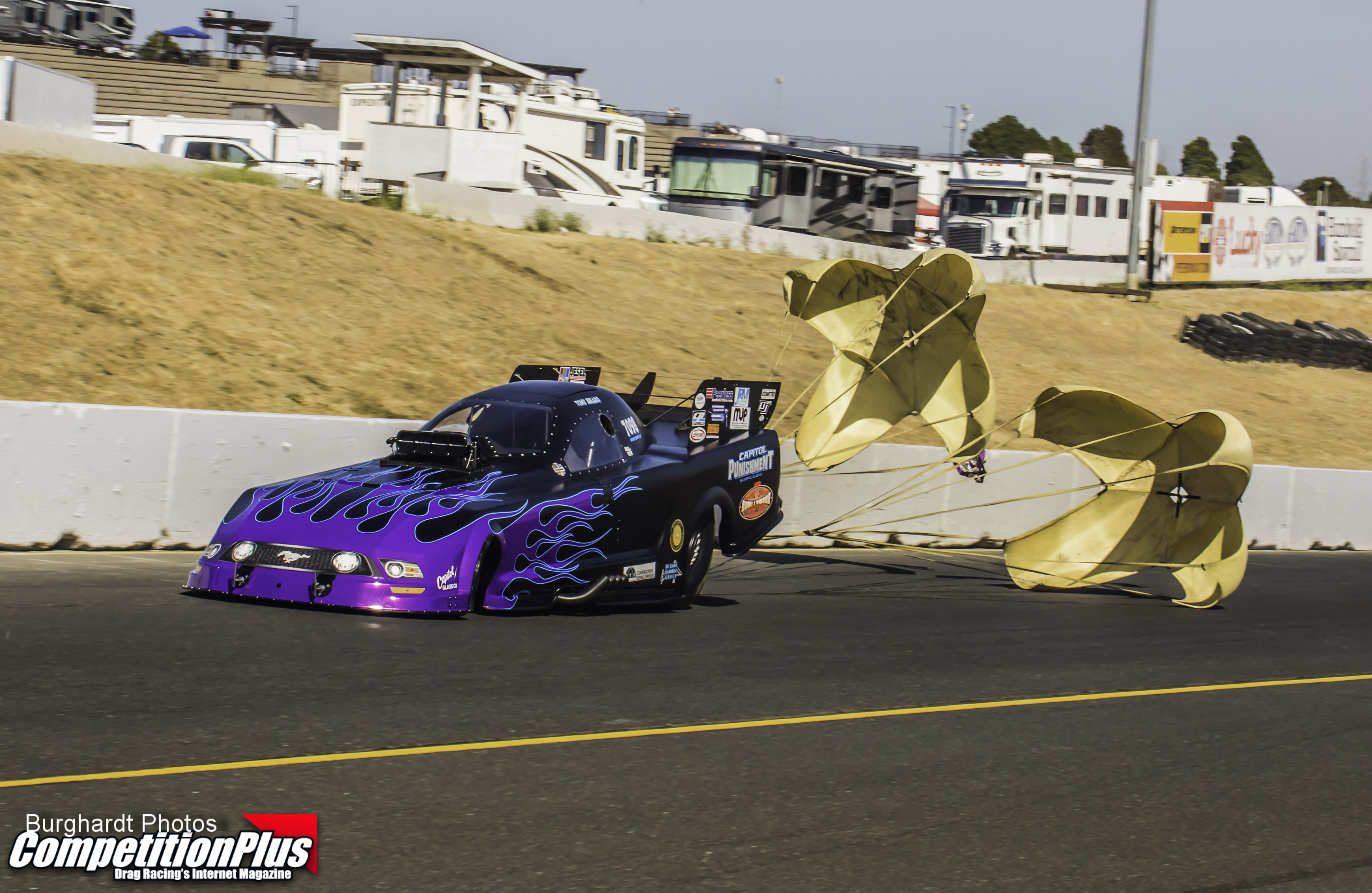 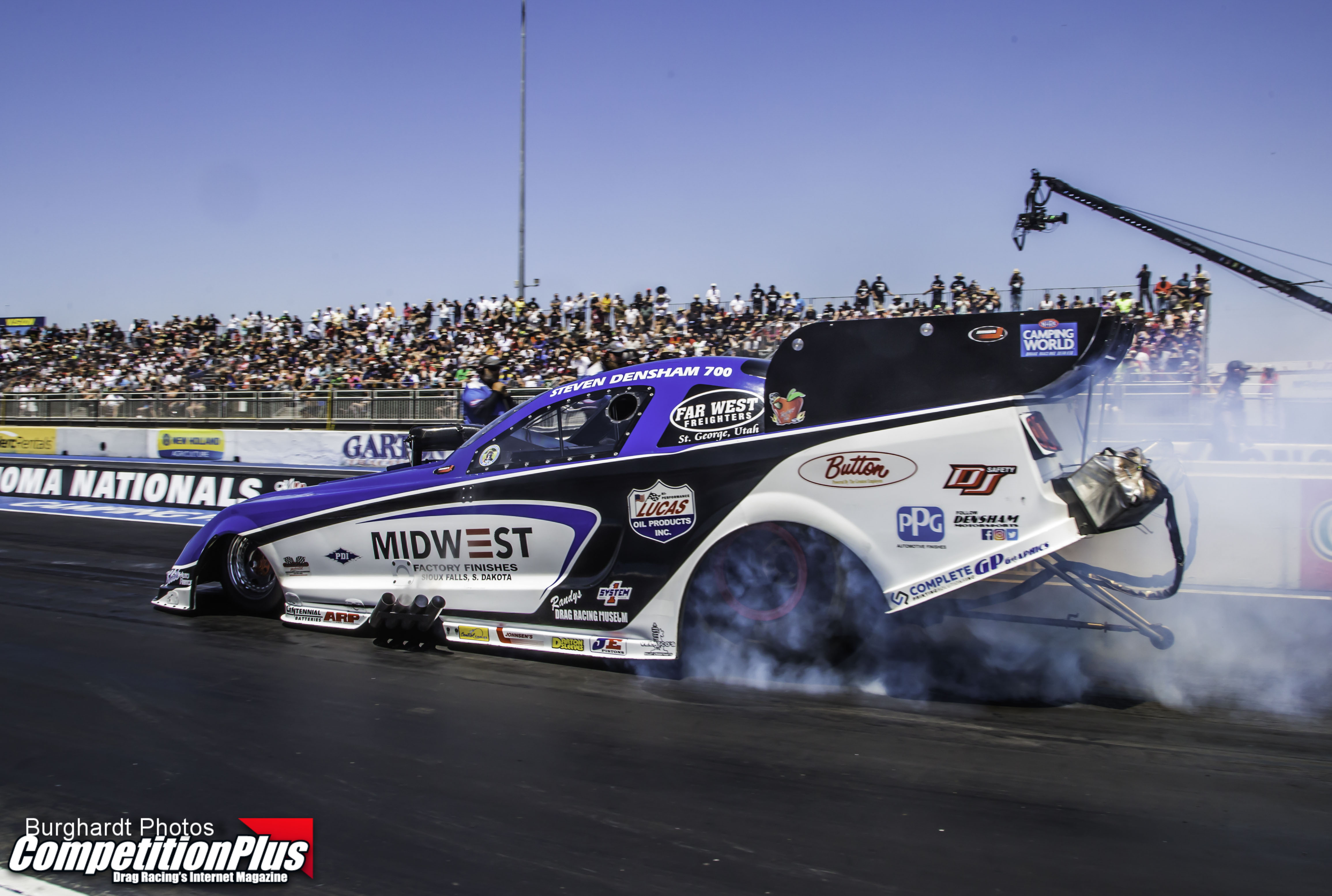 Friday Night’s qualifying at the NHRA Sonoma Nationals showcased what looked like a Reunion of Nostalgia Funny Cars at Bakersfield.

Former teammates Jason Rupert and Steven Densham lined up alongside one another during the Q1 session.

“We talked about it right before the run,” Rupert said. “It was pretty fun. I mean, the Denshams and the Ruperts go back, shoot, way before Steven was born and way before I was even born. So, we’re just a couple of drag racing families, and we’re really good friends.”

“I told him when I walked up in the staging lanes, I was like, ‘Jason, I’m just going to pretend like it’s a Nostalgia race,” Densham added.

Rupert’s dad Frank, and Densham’s father, Gary, raced one another back in the day.

“I knew Jason always had the dream of doing this,” Densham explained. “I knew Jason would eventually do it because he’s the guy that goes after what he wants. I knew he’d get there. I just didn’t know if I would be there or if dad would be there, but I’m glad that we were able to run against him in his first run. It was nice. It made it a little bit easier for him,” 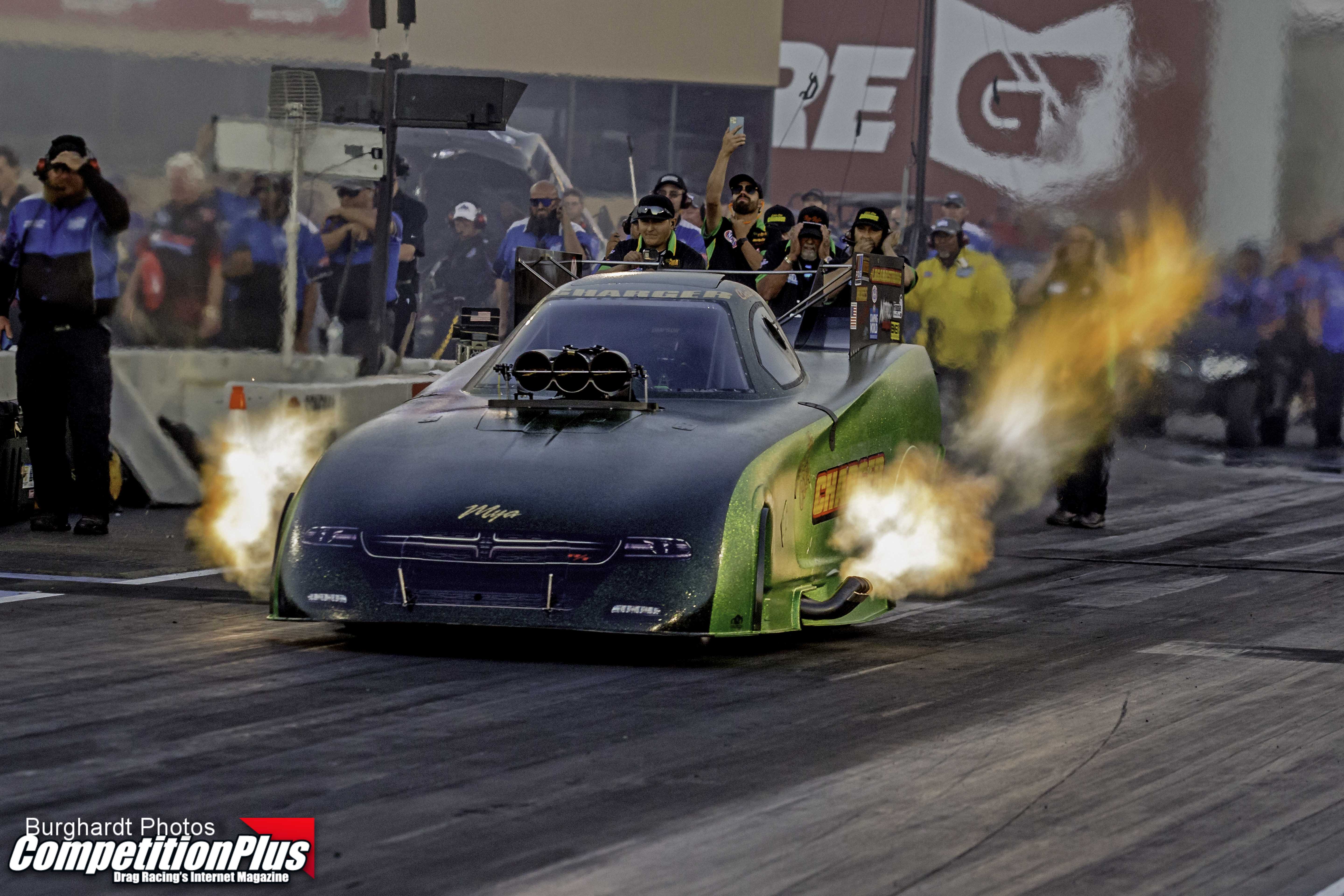 The drivers understand they are part of the next generation of competitors to add to the foundations their fathers laid.

“It’s an honor to be considered one of the next generation,” Densham said. “My dad is so good at it. I’m just trying not to make any mistakes. He’s so good at it, he ain’t going to make mistakes. He’s going to save things and save money, and I’m just trying to get a couple of runs under my belt so I can feel more comfortable in the car. Friday’s run was probably my seventh actual full-time run. For the most part, I’m still getting a handle on these cars.”

When Saturday’s qualifying concluded, Densham made his way into the field as 13th quickest with a 4.099, 245.81. Rupert will be a spectator on Sunday as he was unable to make a full pull and fell short of the 4.176 bubble.