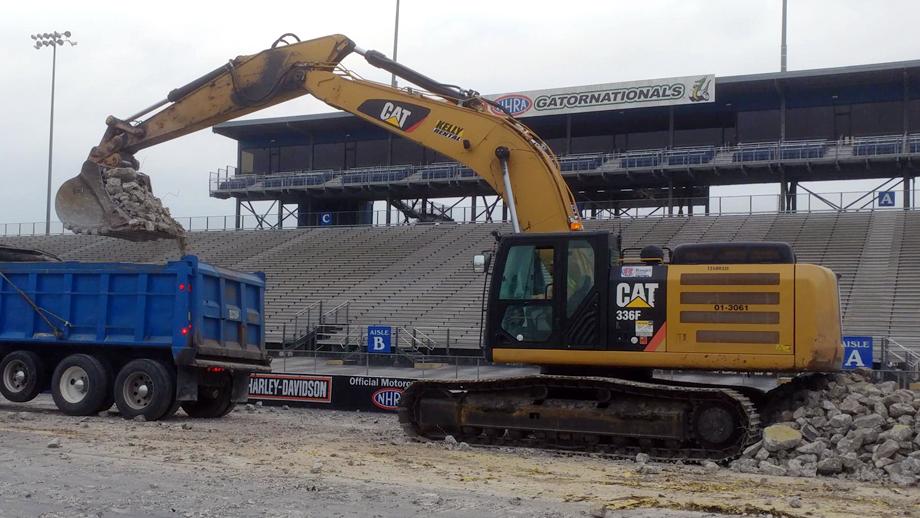 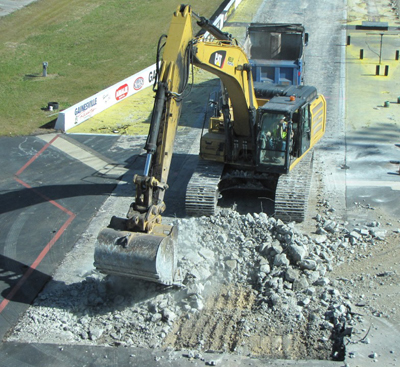 NHRA and Gainesville Raceway officials announced today that the historic facility will be installing a new concrete racing surface prior to the start of the 2019 season and the historic 50th annual Amalie Motor Oil NHRA Gatornationals. Construction kicked off on Monday, December 10, at the NHRA-owned facility with plans to have the track prepped well in advance of the Gatornationals. As part of the project, the old track surface will be removed and replaced with an all concrete surface. New asphalt will also be installed beyond the finish line.

“We are excited to have a new and improved concrete racing surface just in time for the 50th annual Amalie Motor Oil NHRA Gatornationals,” said NHRA vice president of track management and operations, Kasey Coler. “There’s been so much enthusiasm and anticipation for this historic event and the new track will further enhance the level of competition that fans can expect.”

Long revered as one of the most iconic NHRA races, the Amalie Motor Oil NHRA Gatornationals, March 14-17, is the traditional East Coast opener for the NHRA Mello Yello Drag Racing Series and a must-see event. The world’s best drag racers power their 10,000-horsepower, nitro-burning machines down one of the fastest tracks on the circuit.

Gainesville Raceway is home to one incredible moment after another, including the first 300-mph Top Fuel pass in 1992. The facility was originally opened in 1969 and the current racing surface was paved in 2003.

“Once the existing concrete and asphalt is removed, the base underneath will be reworked to improve drainage. After that is completed, they will pour a new 60-feet wide concrete track from the water box down past the finish line. Asphalt beyond where the concrete ends will also be replaced,” said Michael Yurick, track manager for Gainesville Raceway. “The new surface will make for better racing for all our week to week events as well as the Gatornationals. When completed, Gainesville Raceway will be one of the premier racing surfaces in the country.”