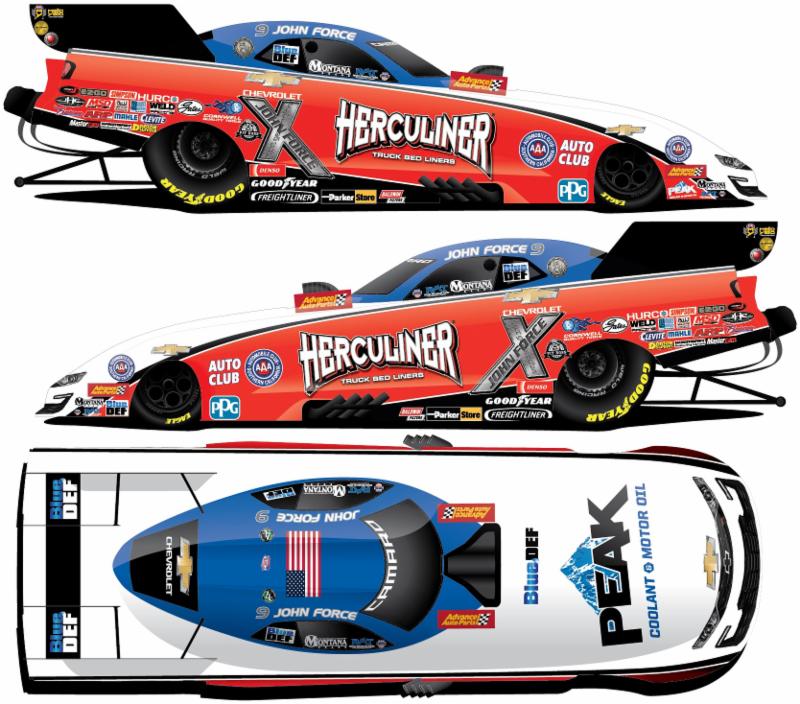 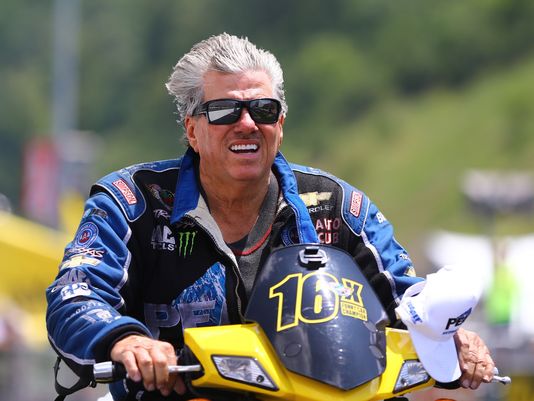 John Force and his PEAK Chevy Camaro Funny Car will be debuting special Herculiner branding at this year’s Virginia Nationals. Herculiner, a product of PEAK, is a do-it-yourself truck bed liner that provides a tough, durable, skid-resistant protective coating five times thicker than other roll-ons. With more than 101 uses, it’s easy to use and can be applied to multiple surfaces, including metal, concrete, wood, and more. Herculiner also prevents rust and is resistant to gasoline, oil, solvents, and chemicals.

Force heads into this weekend’s NHRA Virginia Nationals sitting third in the NHRA Mello Yello points standings. He’s just one win away from a milestone 150th win and has come close on multiple occasions this season with four semi-final finishes, one No. 1 qualifier and three quarterfinal appearances under their belt.

Force is the winningest John Force Racing driver at Virginia Motorsports Park with a history of successes that include four wins and four No. qualifiers. Most notably, Force won the inaugural Virginia Nationals in 1995. His most recent win came in 2000 where he was also the No. 1 qualifier. At last year’s event, Force qualified No. 7 and advanced to the final round where he lost to daughter, Courtney Force in the 50th all-JFR Funny Car final.

“I love coming to Richmond. I’m glad NHRA added it back into the show. I’ve won there a couple of times, and you know, just want to keep adding more,” said Force. “I was beaten by Courtney in the final last year, but it's not a bad way to go out. She had a good hot rod, and we did too, but this year we’re going for the win. I’ll be showing off the Herculiner colors with PEAK this weekend too. It’s always exciting to help them show off their brands.”