BEFORE FORCE HAD SONOMA, HE HAD FREEMONT 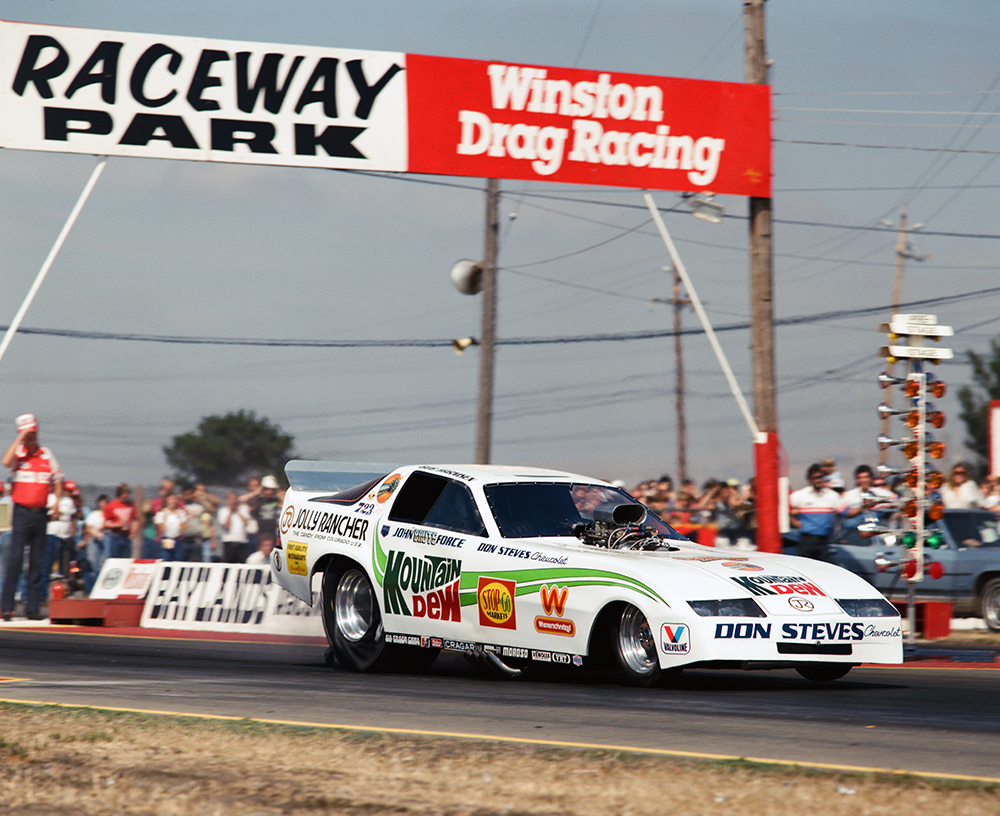 About 45 miles or so south of Sonoma, nitro was alive and well in the area. Long before there was were the luxury suites or spacious paved pits of Sonoma Raceway, there was Fremont Dragway. Originally built on land leased from Southern Pacific Railroad, the parcel land was originally a small airfield for the United States Navy.

The drag strip boomed in the early to mid-1970s when legendary promoter Bill Doner kept the facility packed with the finest Funny Car talent of the era. A few years later, the track joined the NHRA tour by hosting the Golden Gate Nationals. By 1988, the gates closed for good, and the facility became commercial and residential property.

Iconic Funny Car driver John Force was a regular at Fremont in the early days of his storied career. The 16-time champion didn’t recall accolades he earned because he didn’t earn anything significant. He was the only professional driver in competition at the NHRA Sonoma Nationals who raced at the drag strip.

“Raymond Beadle and [Tom] McEwen having to feed me and give me T-shirts, so I looked like a real racer is what I remember the most,” Force said. 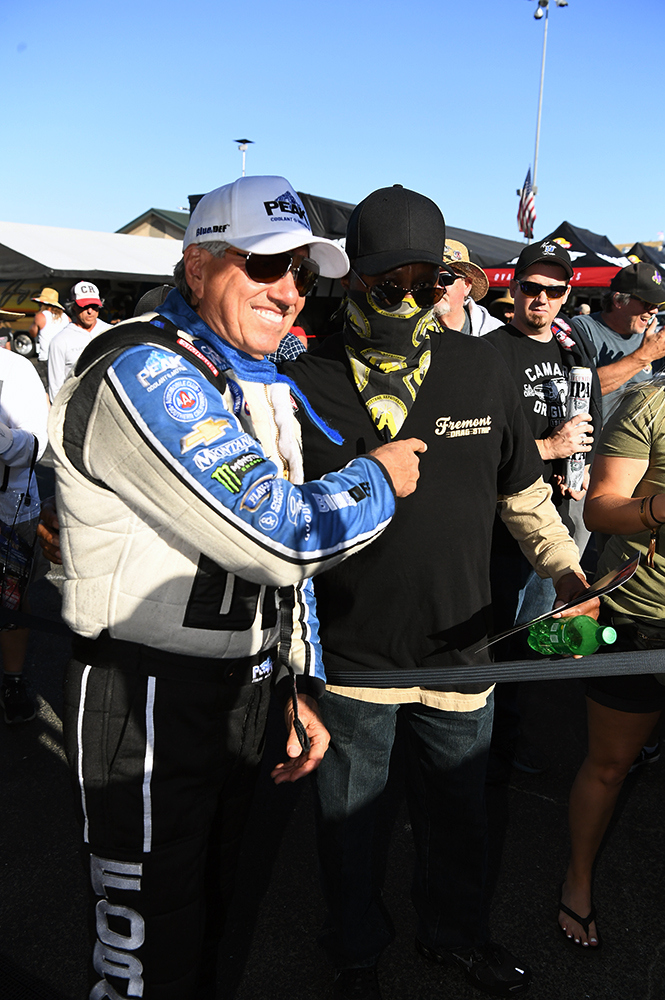 Today, Force is an adored icon in the sport, so much so a race fan on Friday brought him a large onion.

It’s ironic that Force’s onion gift reminded him of the one time he won at Fremont. Though he left the track in the black, it didn’t take long before the likable Force was back in the red.

“I beat Raymond Beadle in the final there, I went into the restaurant and Waterbed Fred, and everybody was cheering me like ‘Force won!” Force recalled. “And then I heard them saying, ‘The winner of the race buys dinner.”

“I was so proud when I was done buying food and drinking with all the people I was broke,” Force said. “I spent the whole check.”

However, Force kept on keeping on. It was just his nature as a survivor.

“I can remember the time my Silverado Chevrolet with the Chaparral behind it ran out of gas on the way to Fremont,” Force said. “And sitting alongside the road, waiting for a racer to come by and give me gas.”

Unfortunately, no one helped Force.

“We ended up having to go to town and mooch it,” Force admitted. “We were that broke.”