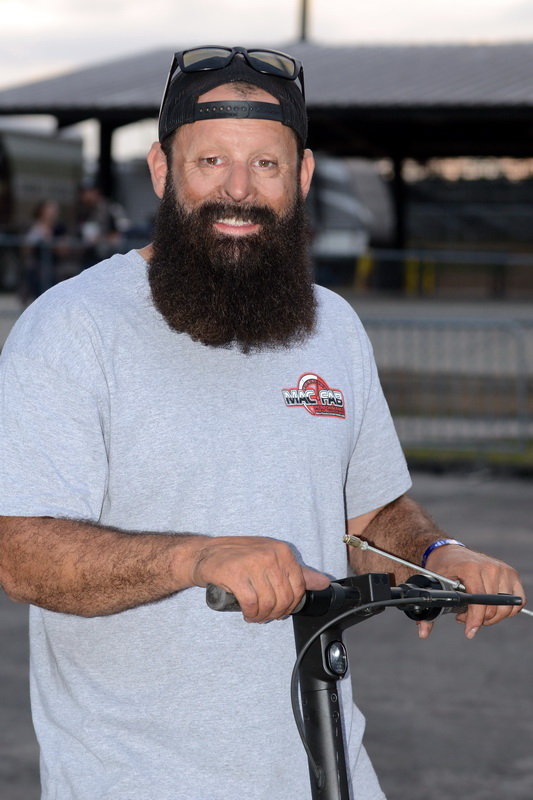 Usually, when Lyle Barnett visits a Duck X race at SGMP he's challenging for a win. But this weekend at No Mercy 13, the Mooresville, NC-based driver arrived just as a spectator as Brad Edwards took over Barnett's role as wheelman of Grant Guthrie's wild '66 Chevy pickup.

That's because Barnett is leaving for Las Vegas and the NHRA Nevada Nationals on Saturday.

"I'm gonna' start licensing in Randy Myers' A/Fuel car on Monday. Then I'll go enjoy SEMA and finish licensing, probably on Thursday," he explained.  "And then, you know, we've got some hopefully really big news going into 2023, which I can't talk about yet. But it should be good, man. I'm excited."

"Yeah, I haven't been in a dragster in a long time, and the last one I was in was like a 4.70 index bracket dragster, but this is gonna' be a little different, you know? No brake pedal, got a hand brake, clutch pedal, so there's a lot to get used to," Barnett said. "But Randy's got a bang-up program. They've got some fast cars, they're multi-time world champions, and I'm excited to learn from them."

Barnett is known for his versatility in the driver's seat, always ready to take on a challenge as evidenced by working his way up through the radial-tire ranks and no-prep action, into big-tire Pro Mod competition.

"You know, I tend to pick up this stuff pretty quick, but this is a little different ballgame," he acknowledged. "You know, these things are low-five-second, quarter-mile cars going 270, 280 miles an hour, so you know, they're no joke. And that will be the fastest I've ever been. I've been 5.58 in the Pro Mod before, but this thing should go my personal best on both ends--on the first lick! So yeah, man, I'm excited."