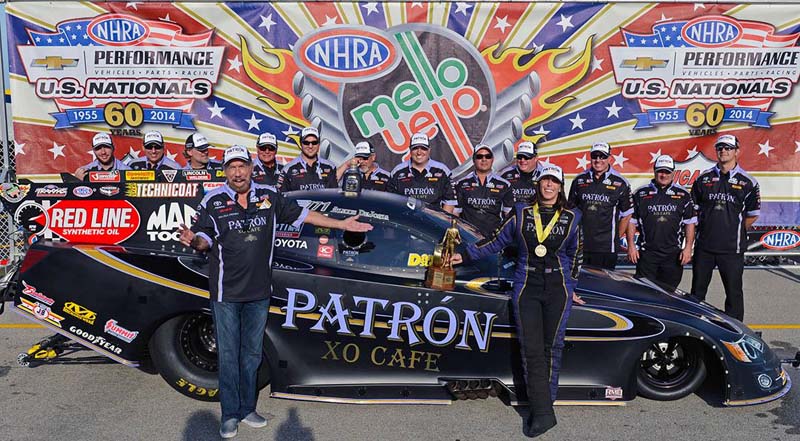 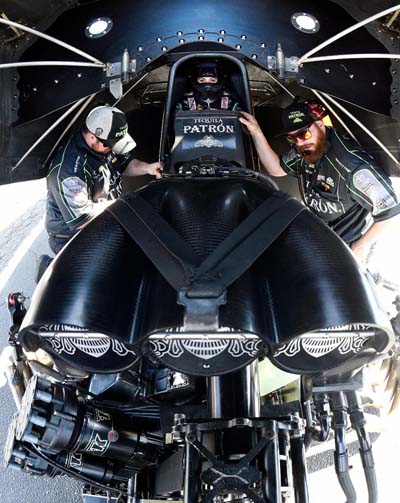 NHRA Drag Racer Alexis DeJoria is one of three inductees selected to be enshrined into the National Italian American Sports Hall of Fame on November 9th, 2019 in Rosemont, Ill.

DeJoria, a seven-time NHRA national event winner, will join an elite group of Italian-American athletes when she is recognized as a member of The Hall’s Class of 2019. Joining DeJoria will be NFL star Glen Carano and the late Ralph ‘Babe’ Serpico. DeJoria will also share the stage with auto racing legend Mario Andretti as he is presented with The Hall’s first Lifetime Achievement Award.

“This is an incredible honor to be recognized as an Italian-American athlete in the sport of NHRA Drag Racing,” said DeJoria, whose heritage includes Italian and Greek roots. “When I learned I had been selected, I felt instant pride thinking back to when my grandfather immigrated here from Italy to become part of the American dream.”

DeJoria is regarded as one of the most accomplished and influential female athletes in motorsports. Her legacy includes breaking barriers in a male-dominated industry, and racking up a stunning list of achievements both on and off the race track.

DeJoria began her racing career in 2005 by competing in the Super Gas category before moving into a rear engine Super Comp dragster. Within eight months of her debut, DeJoria had won a national event and collected two runner-up finishes. She continued to work her way through the NHRA Sportsman classes and in 2007, moved into the Top Alcohol Funny Car category where she owned and operated her own team, Stealth Motorsports, from 2009 to 2011 and is one of the few females ever to do so.

In 2010 she earned her professional Funny Car license and spent a year making test passes behind the wheel of a 10,000-horsepower ‘big show’ race car. DeJoria made the highly-anticipated leap from Top Alcohol Funny Car to Funny Car at the 2011 Texas NHRA FallNationals, joining the Kalitta Motorsports team as their fourth member and second Funny Car driver.

Behind the wheel of the Tequila Patrón Funny Car, DeJoria regularly exceeded speeds of 330-miles-per-hour and would cover a 1,000-foot dragstrip in less than four seconds, clocking a career-best run of 3.863 seconds at 333.16 mph.

From 2011 to 2017, DeJoria raced to five event wins, including the prestigious 60th annual NHRA U.S. Nationals in Indianapolis, aka the ‘Super Bowl of Drag Racing,’ reset multiple track records, was a No. 1 qualifier four times, and became the first female to clock a sub-four second Funny Car elapsed time. She was also the first woman to compete in 100 Funny Car events, and she recorded a Top 10 finish in 2014, 2015 and 2016.

In addition to her on-track achievements, DeJoria is also highly regarded for her humanitarian efforts, most notably the ‘Free Mammograms for the Fans’ program. She launched the program in 2013, partnering with Nevada Health Centers to provide free mammogram screenings via a mobile mammography unit to any female ticketholder in attendance at the NHRA Toyota Nationals in Las Vegas. She later added Baylor Health to the program and women attending the Texas NHRA FallNationals in suburban Dallas were also able to take advantage of the complimentary screenings. Over the course of five years, more than 500 free mammograms were performed at an NHRA race thanks to DeJoria and her team.

The National Italian American Sports Hall of Fame’s 42nd Induction Gala will take place on November 9th, 2019 in at the Westin Hotel in Rosemont, Ill. The event will be attended by approximately 700 NIASHF supporters and friends who will join a vast array of personalities from sports and the entertainment industries to pay tribute to DeJoria and her fellow inductees. The Masters of Ceremonies for the evening will be Mike Piazza, 2016 Baseball Hall of Famer and Wayne Randazzo, New York Mets Radio Announcer.