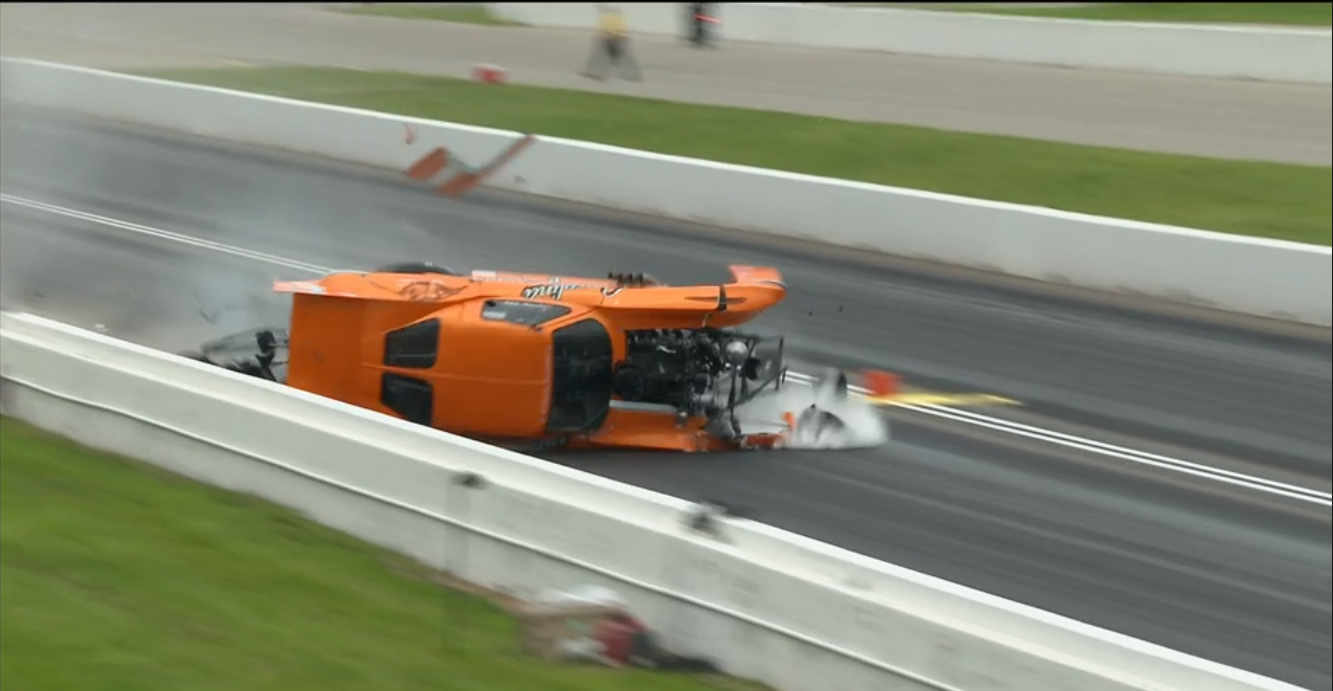 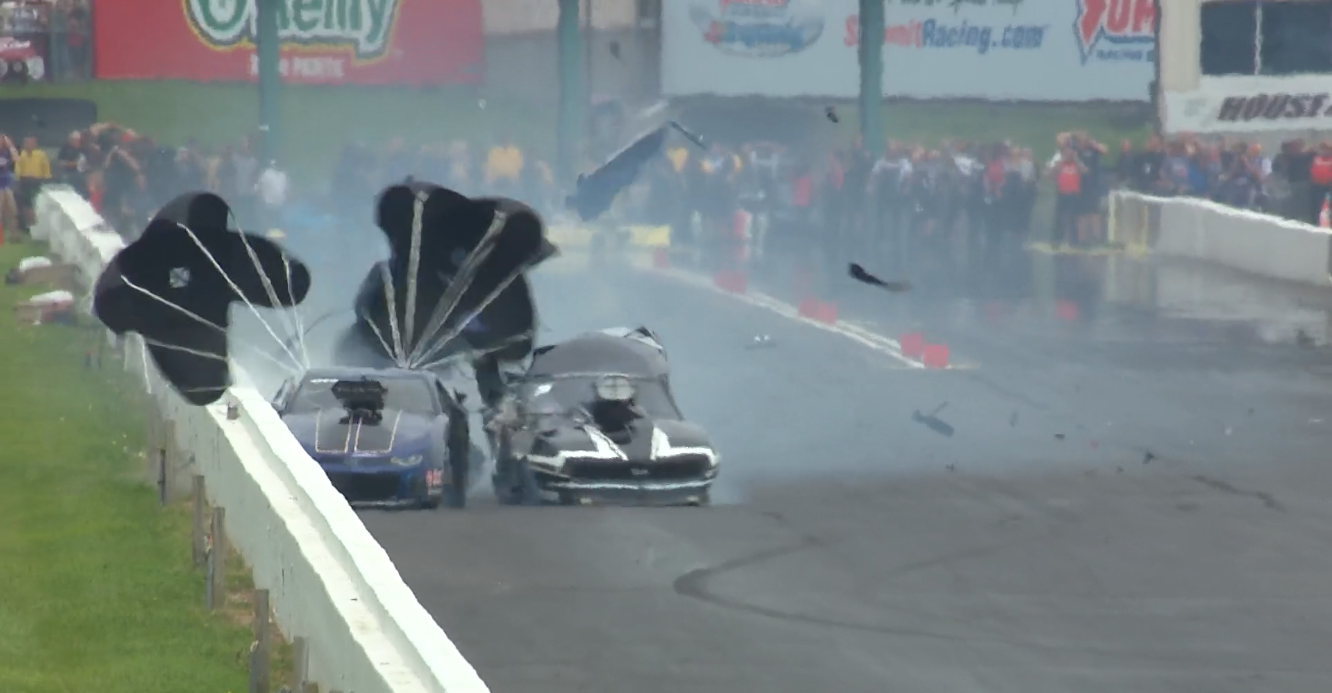 The first round of Pro Modified at the NHRA Heartland Nationals proved costly for four prominent teams.

In the very first pair, Jeremy Ray of Lugoff, South Carolina, lost control of his ’63 Corvette and skidded before rolling into the guard wall. Ray exited the car under his own power and was transported to a local hospital for further evaluation.

Two pairs later, Todd Tutterow of Lewisville, N.C. and Steven Whiteley of Grand Junction, Colo., were involved in a two-car crash. Tutterow’s ’68 Camaro, in the left lane, crossed into the right lane after the finish line and made contact with Whiteley’s ’14 Cadillac.

Both drivers exited under their own power and returned to their pits.

Alex Laughlin got loose in his match against Mike Janis in the final pair, impacting the left retaining wall. No injuries were reported.