CONNIE KALITTA ON THE VERGE OF MAJOR MILESTONE 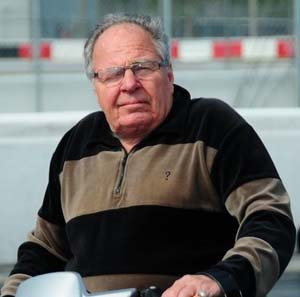 Kalitta and his four-car nitro team have 98 career victories to their credit.

And, what better place to seal the deal than Heartland Park Topeka, a facility where his team has a storied history. All total, Kalitta Motorsports has taken home the trophy ten times at the track located in Topeka, Kansas.

For Kalitta, all ten of those trophies have come from his Top Fuel teams.

“The Mac Tools team is firing on all cylinders, and we have proven that we have a strong setup for the heat of the summer months,” Kalitta said. “We have been consistent, which is very important. The Mac Tools team is working hard and together, and we are motivated for season-long success. We are ready and are focused on picking up many more round wins and victories and getting Connie to win 100 here very soon."

"It is great to have so many talented teammates that are all capable of winning each week,” Kalitta said. “We challenge each other to be better and are not afraid to go to each other for advice. The message is we are one team. Whatever we can do to help each other is the plan. We would love to stop racing each other in the first round and instead be racing for the win, but that will come."

Unfortunately, he and Crampton cannot seem to avoid each other in the early rounds. Kalitta has raced Crampton in the first round at the past three events and five times overall this season.

A Top Fuel victory this weekend would put Kalitta at 99, but a double-up victory with one of the Funny Cars would seal the deal.

J.R. Todd, driver of the DHL Toyota, campaigned in honor of the late Scott Kalitta, has won twice this season. And although Kalitta won at Topeka an incredible six times, none of those victories were in a Funny Car.

Kalitta Funny Car driver Shawn Langdon has yet to win his first race behind the wheel of a Funny Car in his first season but has one victory to his credit in 2013, when he was racing Top Fuel for another team.

Kalitta, who drives the flagship race car for the team with the Mac Tools dragster, is confident the four-car operation has what it takes to win.

“We have the right people in the right places with talented drivers and teams,” Kalitta said. “All of the teams work well together, and with the incredible support of Toyota Racing and Toyota Racing Development (TRD) we have the knowledge and support to go far.”