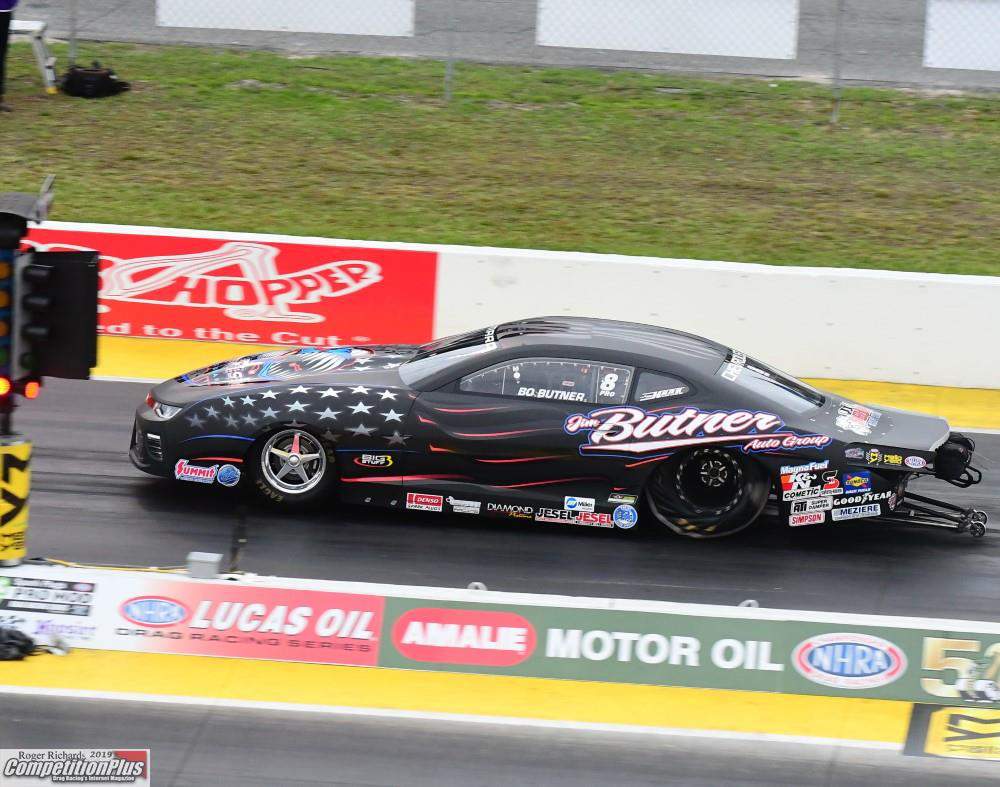 The 50th annual Amalie Motor Oil NHRA Gatornationals on Sunday at Gainesville Raceway will go down as one of the weirdest races in Pro Stock.

The last driver standing – or, sitting, as it were, as he was the only driver in the final round – was Bo Butner, and, boy, was he appreciative of winning the 50th Gatornationals. 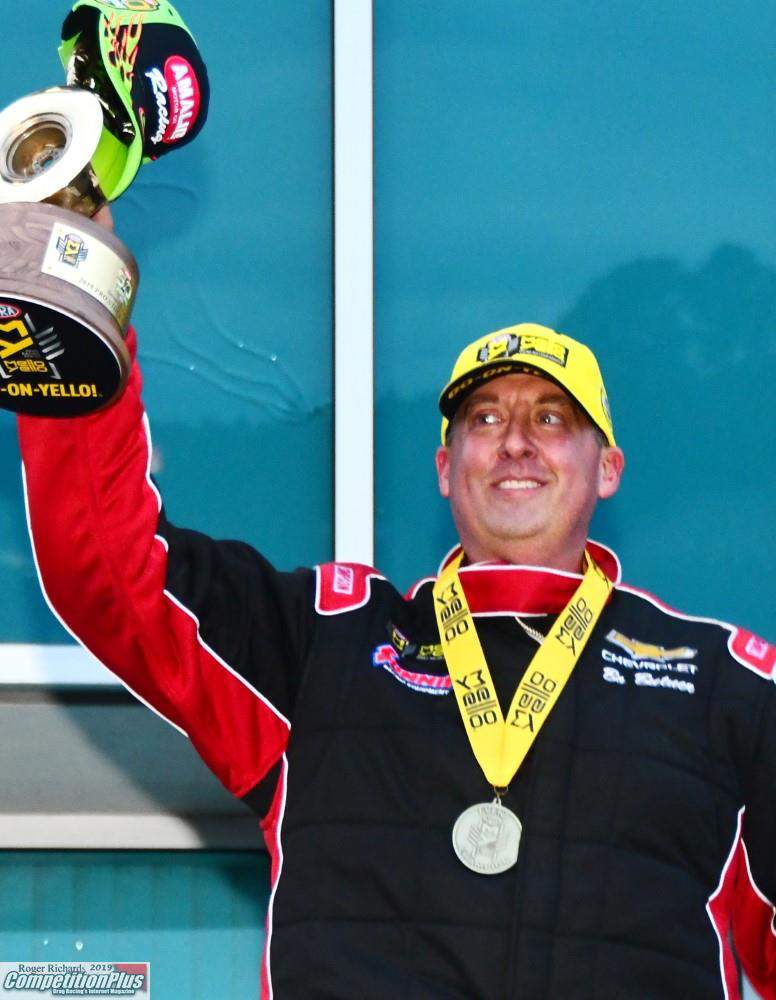 "But the KB (Racing) guys never gave up. They looked, and we tried everything. It made the best run of the weekend I made in the final, so we were ready for the final."

Take nothing away from Butner, for he's holding the Gators trophy. But this was a weird one.

•    Erica Enders has a .050-second advantage on the Christmas Tree against Chris McGaha in the first round – but loses
•    Jeg Coughlin loses on a holeshot to Kenny Delco
•    Shane Tucker wins on a holeshot with a .048 light – because Matt Hartford was .112
•    Tucker gets the second-round jump on Delco, but Delco runs him down and goes to the semifinals
•    Deric Kramer has a .006 light against Butner in E2 but rattles the tires
•    Alex Laughlin and Greg Anderson run brilliant 6.50s in the second round, with Laughlin winning on a holeshot
•    No. 1 qualifier Rodger Brogdon leaves before the Tree in the semis, giving Butner a pass to the final despite an 8.103-second pass
•    Laughlin ends Delco's Cinderella day with a 6.531 for lane choice in the final

Finally, the weirdness ends as Laughlin's engine ate itself – well, OK, he had ignition problems – before the final, giving Butner a rare final-round single. He joined fiancé Randy Lyn Shipp as a Gatornationals winner, as she won Stock on Saturday night. Shipp also lines Butner up in the staging beams, and is the last person Butner sees before he races.

"I had Randi Lyn sitting there, closing the door, knowing she had just won the night before," Butner said. "And then my crew chief looked at me and says, 'He broke, you won.' It's troubling, but you have to still stage. And then I wanted to make a good run.

"It's unfortunate for Alex. I’m sure we'll have many races throughout the season. They're tough. He made some good runs today, but I'll take my team."

Butner would have been hard to beat, as he ran 6.505 in the final. But he knows he had some St. Patrick's day luck.

"Today was all about being in the right place at the right time." Butner said. "We've had a good car. It's been consistent the first three races. It’s the best crew. (team owners) Judy and Ken Black are like second parents to me, and they take care of us and make sure we have good stuff.  It says a lot for them. I am a renter: I rent a ride. But they give me the best, and that's pretty cool."