2019: A BANNER YEAR FOR VINTAGE RACING IN THE UPPER MIDWEST 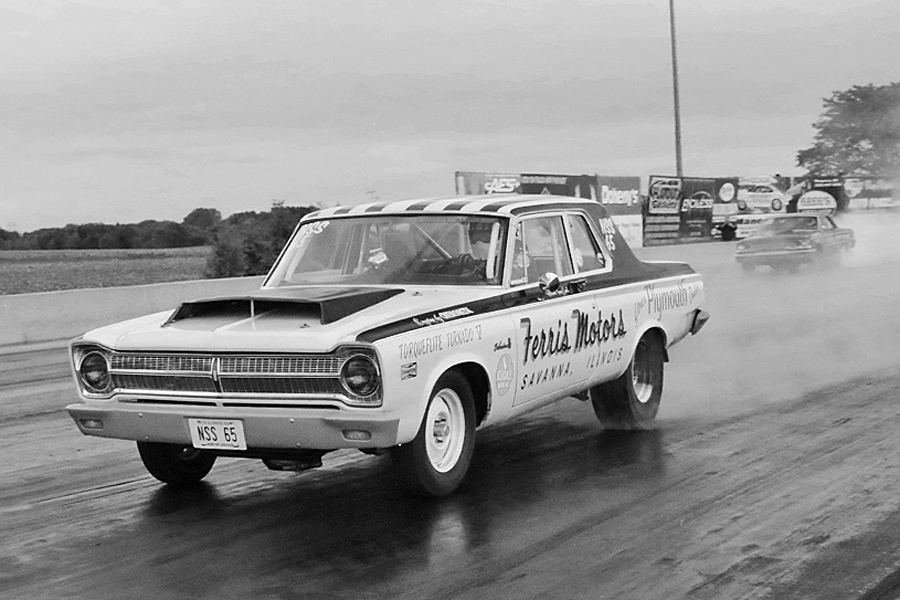 When the Chrome Czars Motor Club began staging the Hunnert Car Heads Up at the end of the first decade of the 21st century, few believed that vintage drag racing would sustain itself over the long term. After all, they reasoned, there aren't enough old cars left, and few would pay to watch them.

Now, as the second decade of this century comes to a close, the non-believers have been proven wrong, as vintage drag racing in the Upper Midwest is on solid footing, with racers and spectators supporting multiple events at multiple tracks.

What makes these events work? Pre-1967 vintage and accurate recreation machinery, owned and built by those revere them. A multi-generational participant and spectator base, from those "that were there" to today's hot rod lifestyle crowd. Enthusiastic support from the owners of iconic drag strips. And in a throwback to the day before the sanctioned season-long points chase had not even been conceived, highly organized car clubs that plan and operate much if not all of the race day activities. 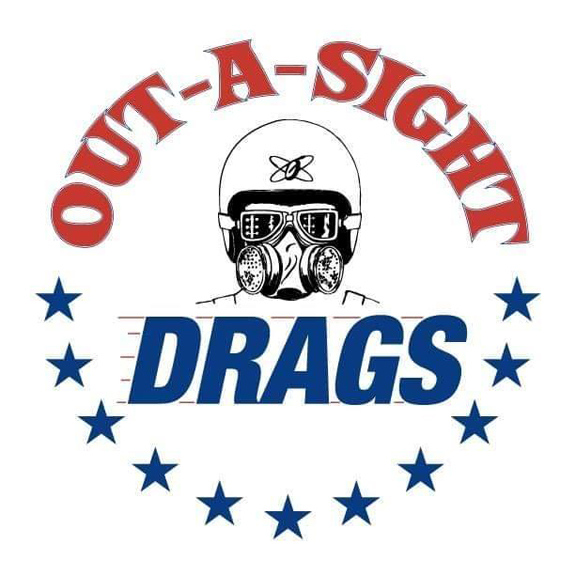 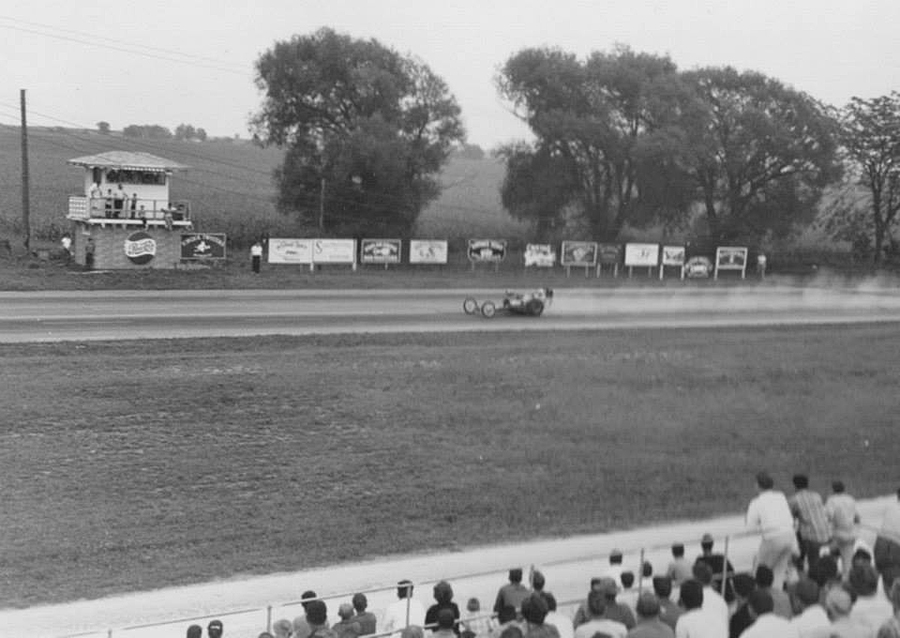 Wisconsin natives Marge Bennett and her husband Lynn observed hot rod fever overtaking Southern California's youth in the immediate post-WW II years. After returning to Southeast Wisconsin, they purchased farmland on the Kenosha/Racine county line with the intention of building a drag strip catering to the dozens of car clubs that had sprung up as hot rodding spread East.

The Bennetts then enlisted over a dozen Milwaukee area clubs to help build Great Lakes Dragaway. Once the track was completed in 1955, these clubs then organized the racing under the auspices of the Great Lakes Timing Association.
Today, with 64 continuous seasons under its belt,  GLD has been a part of the present vintage drag racing scene from Day 1. As the original host track of the Hunnert Car Heads Up in 2009, to 2019's inaugural Out-A-Sight Drags, conceived and organized by the Brew City Gassers, this track is truly reliving its history.

This photo from September of 1961 shows a dragster hazing the tires as it goes past the old mid-track tower at Great Lakes Dragaway. To the right of the tower are signs for many of the car clubs active at the time. Photo courtesy of Great Lakes Dragaway archives. 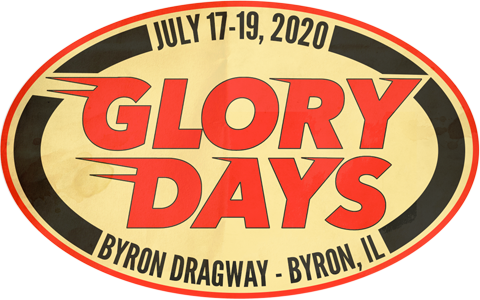 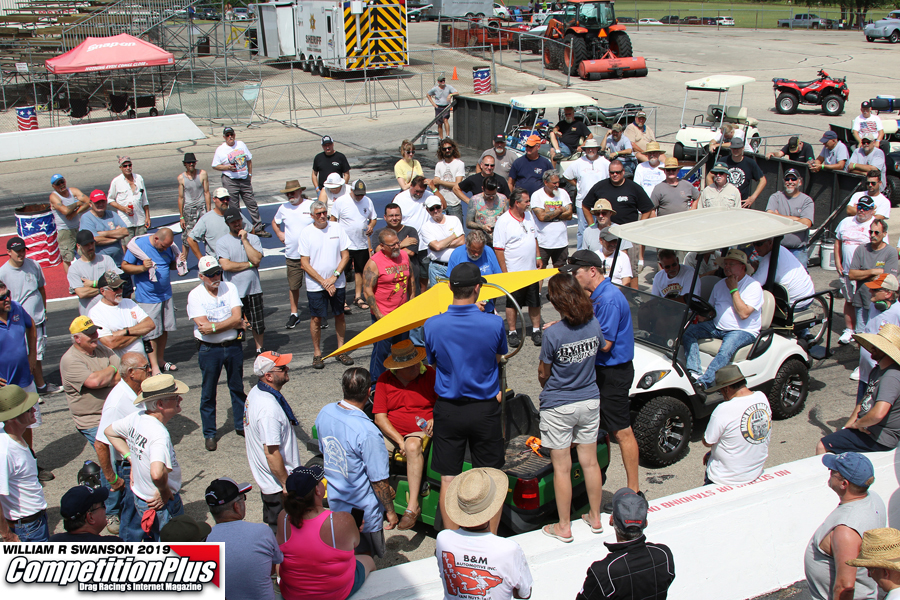 Rockford Dragway as it was originally known, was the brainchild of local entrepreneur Don Love. It opened for racing on July 4, 1964. Soon after track manager Ron Leek's acquisition of the track in 1969, the name changed to Byron Dragway as it lies just outside the namesake town's border.
Drawing on its rich history of events such as the annual Gasser Championships of the 1960s and early '70s, Byron Dragway management is a proud supporter of vintage drag racing. Most significantly, Byron Dragway was the track that the founding members of the Meltdown Drags Association selected to hold the iconic Meltdown Drags for nine seasons.

Eventually, all good things come to an end, and MDA decided to put Meltdown on hiatus. With that news Byron Dragway's B.J. Vangsness and Randy Simpson quickly established Glory Days under the same pre-1967 criteria of authenticity. Here is a recap of the inaugural Glory Days event.

With over 400 pre-registrations in hand months before the event, the inaugural Glory Days was on course to be a smashing success. However days before, the weather service was predicting extremely high temperatures and oppressive humidity for race weekend. This prediction proved accurate, with about half of the preregistered racers dropping out. Those that did choose to race were greeted by B.J. & Rhonda Vangsness and Randy Simpson at the morning driver's meeting. "Race safe, race smart, have fun and drink plenty of water" was the rule of the day. 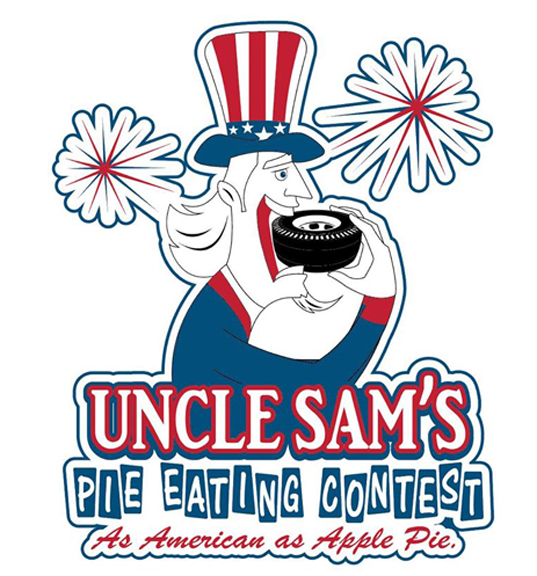 
In June of 1969, a new track opened just outside of Eau Claire, Wisconsin. It was known as Amber Green Dragways and was founded by Dr. Ralph Frank of Eau Claire. Over the years as tracks in Minnesota fell, Amber Green, and later under its current name, Rock Falls Raceway, became home for many racers from Minnesota's Twin Cities. Today Rock Falls is owned by Jim Greenheck, president of CTech Manufacturing. The facility is undergoing major upgrades to better serve both racers and spectators.

Fast forward to 2015. With the success of the Meltdown Drags, Vintage Drag Racing 101 is considering another event. Looking Northwest they saw the untapped and enthusiastic market surrounding Minneapolis and St. Paul, and The Fall Out was born.

Held in the autumn as a closeout to the season, Fall Out has built on the success of each previous event and the 4th edition attracted more than 150 entries each day, and a sizable crowd on Saturday.