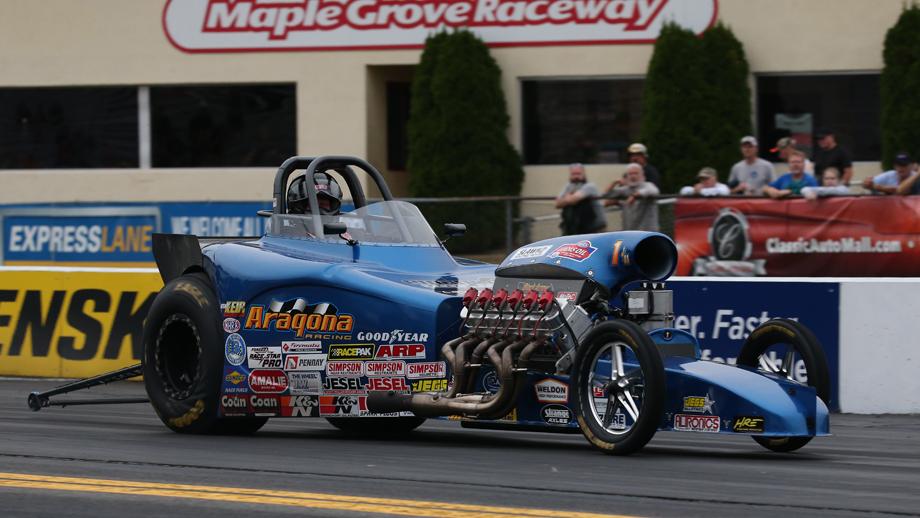 Frank Aragona Jr, collected win No. 14 with his J/AA roadster when Jay Schonbegrer left the line .036-second too soon and fouled.

A day earlier, Walter Olt scored his first career win in Super Comp, overcoming Deb Moses' better reaction time to win with a near-perfect 8.906 against her 8.935.

The completion of date and venue for Stock semifinals on is still to be determined.