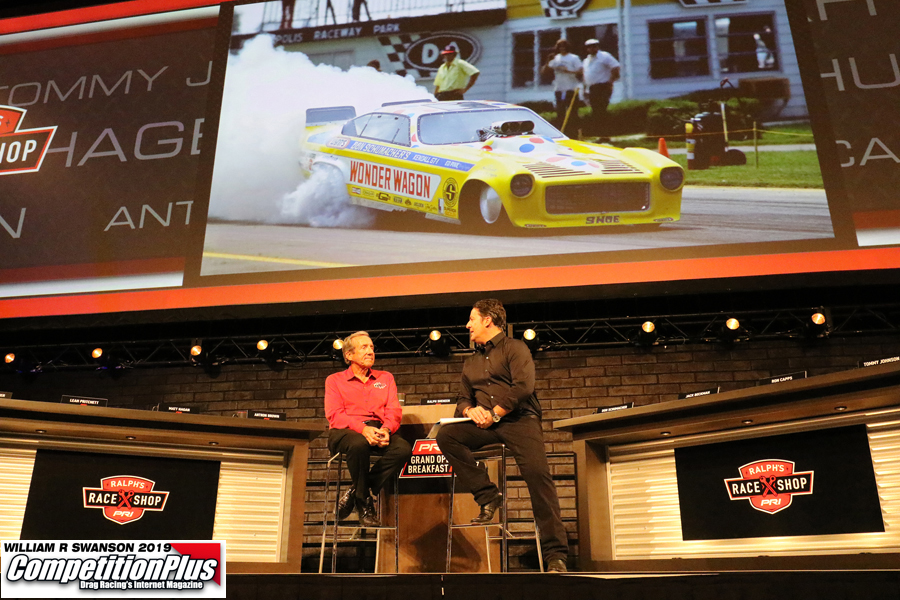 NHRA nitro-class team owner Don Schumacher wasn’t as goofy and free-wheeling as his seven drivers were when they got their chance at the microphones. But he shared some insight into his career and his career beginnings on the match-race circuit Thursday morning to help kick off the three-day Performance Racing Industry trade show at Indianapolis.

“You were a gypsy, wandered the United States from place to place,” he said of his day on the road that are a massive contrast to what racers do today. “There weren’t freeways and toll roads. It was two-lane highways, and you were blessed once in a while with a four-lane road. And you took Route 66 out to California. It was a very different United States back then, a different way of traveling, a different way of getting around. But it was really a wonderful way for young people to learn business and to step out and create their own world.”

ARP QUESTION OF THE WEEK RESULTS