"The best way to make a million dollars in drag racing is, start with TWO million."

Now here's a living eyewitness to refute that saying:

You know Cagnazzi, successful businessman along with his brothers, owner of the Jegs championship 2007 NHRA POWERade Pro Stock car, which most recently won the AC Delco Gatornationals and took over the points lead.

We're not questioning Cagnazzi about his bank balance, but here's his eyewitness report: 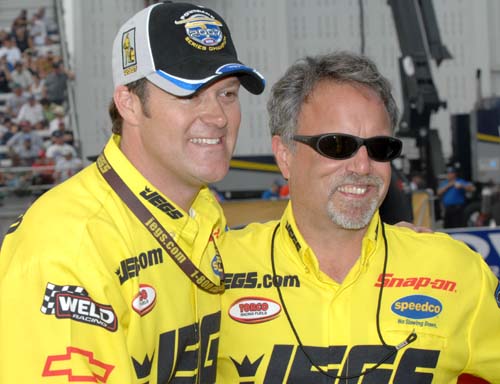 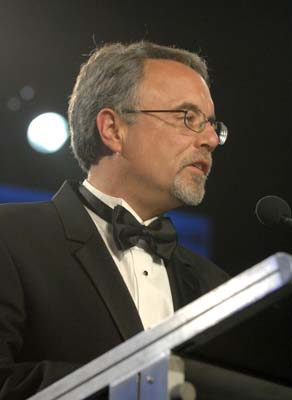 "The best way to make a million dollars in drag racing is, start with TWO million."

Now here's a living eyewitness to refute that saying:

You know Cagnazzi, successful businessman along with his brothers, owner of the Jegs championship 2007 NHRA POWERade Pro Stock car, which most recently won the AC Delco Gatornationals and took over the points lead.

We're not questioning Cagnazzi about his bank balance, but here's his eyewitness report:

"Don’t get me wrong, we are far from being profitable yet, but when I first came down to North Carolina, I went to the Concord Airport and there were 47 private jets all lined up with race team logos all over them," Cagnazzi says. "My conclusion is, somebody is making money racing here.

"It is a hard business nonetheless, but God has blessed our efforts mightily, and for that I am most thankful."

We'll check his early entry into the business he forms with his brothers, drag racing early on, his venture into the ill-fated NHRA truck series, his thoughts on the Pro Stock series and any changes he would like to see.
Let's hold off on the rest for right now. How did this almost overnight (ha) success come about?

"The team model we have mirrored here is a direct copy of the most successful Sprint Cup teams, Joe Gibbs Racing, Richard Childress Racing, Roush Fenway Racing and Hendrick Motor Sports, although on a smaller scale," Cagnazzi says. 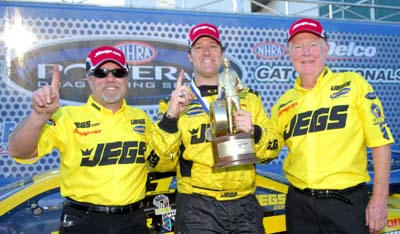 "The concept is to invest in internal development for long-term gain in all of the primary, and to keep all of the advantages in house. We had planned on being a multi car team from inception," Cagnazzi continues.

"It has been proven that there are many benefits derived from true multi-car team efforts. The Sprint Cup teams saw the potential many years ago and are reaping the returns on those initiatives currently.

"The fact that not one single car team was represented in the NHRA championship chase last year is evidence of how powerful and necessary it has become.

"We would like to eventually get to three teams with Jeg Coughlin, Dave Connolly and Shane Tucker all on the track.

"I don’t see us expanding into other classes, Pro Stock is hard enough. We also have a great program with Ron Krisher, he is a very smart man and has added a lot of insight into making our whole program better."

"The business we went into was my fathers business forms company, I started there first, and my brothers followed as they graduated from College. I was the only one to attend NYIT ( New York Institute of Technology). My brother Bob went to St Johns University and later went to New York University to get his masters," Cagnazzi backtracks.

"My brother Steve went to N.Y. Sate College at Cobelskill, and my youngest brother Chris went to New York University and Carnegie Mellon business school. We used to sell the old business forms that were run on old pin-fed business machines, but between myself and three brothers, we were able to work our way into selling computers and computer supplies and computer networks," Cagnazzi explains.

"It was right around that time when computers and the Internet were beginning to take off. We redesigned the company doing back end stuff for Internet infrastructures which really grew the company fast.

"The late 1990’s in New York during the internet boom was like a runaway train, it was exciting and fun, we were all working 14 plus hour days and that left really no time for racing, I think I went to 4-5 races between 1997-1999, but it was all worth it in the end."

But back to racing, and eventually, the trucks.

"I started racing when I was 17, My father’s brother (Joe Cagnazzi) was a big car nut and he got me started with a go-cart when I was younger.

"After that I got into bracket racing, then got into Comp Eliminator, then into the Pro Stock truck Class in 2001. We had some success with the truck, we missed the first race to get some extra testing in then ran the remainder of the races finishing in the top 10.

"Unfortunately it was the last season for the trucks." 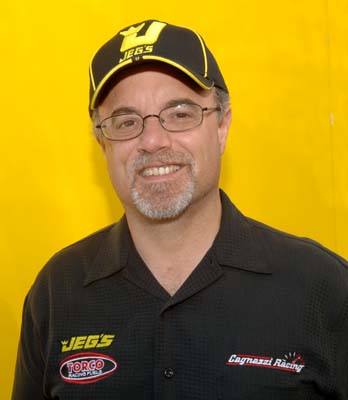 "The Truck schedule was light enough and we decided to try it. We missed the first race of 2001, but were there at the rest of them including the one where the decision was made to dissolve the class.

"In June 2001 NHRA made the announcement it was dropping the class from its lineup, My first feeling was anger," Cagnazzi admits, "but after speaking with NHRA about it, I had to believe they made the right decision. As a racer, you don’t want to believe it, but I was walking through the pit area at one of the races, and the Pro Stock car and fuel car pits were packed with fans. But when you got to the Pro Stock Truck pits, it was empty.

"It was difficult to get sponsorship for the class and it all came down to the fan-base. It just wasn’t there."

"In 1999 we were contacted by a large global company about selling the company, they wanted to expand into the USA and the NYC market specifically. The deal process went quickly and by early 2000 the sale was completed, we were all under contract to consult and work for the new company through mid-2002," Cagnazzi says.

"It was between the end of the truck class in 2001 and early 2002 we put the plans in place to start the Pro Stock car team.

"What we do here now is simply a model of what those successful NASCAR teams do in controlling everything in-house," Cagnazzi explains,

Okay, on a different note, what would you, as a successful owner, like to see change in the Pro Stock class to be mandated by the NHRA and what are your short and long-term goals. Will we eventually see a Cagnazzi Funny Car or Top Fuel entry?

"First, to your initial question. I would like to see them add 25 pounds to the minimum weight. We spend a lot of unnecessary dollars keeping the weight down at 2350.

"I believe we have a great group of drivers, Jeg Coughlin is incredible, he is so focused in the seat, he is so talented, what amazes me is how before a run he can tell you within thousandths what his light will be. To have a driver like Jeg on the team is an incredible asset. 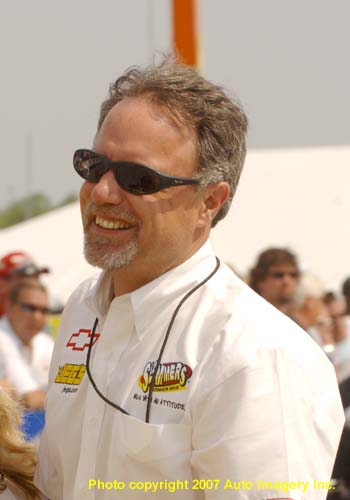 "If we give him a car that is close he’ll take the win light. That is precisely why he is the reining POWERade Pro Stock Champion. When it mattered most, he closed the deal!. And as I said, no fuel cars, Pro Stock is hard enough.

Cagnazzi, 50, is married, to Brita, has two step daughters, 2 grand children and all of them love racing.

So George or Hank Steinbrenner, there's still room on a Cagnazzi car if you wish to re-enter the drag racing wars.

Caganazzi and business: Cagnazzi business formula -– applying the right people, resources and technology to a clearly defined goal, then working hard to reach and exceed those goals.

One of ISG’s most successful core products was its software/equipment interface for investment brokerage firms. Before it was sold to Dimension Data in 2001, ISG’s annual revenue grew from $8 million in 1991 to $70 plus million.