When it comes to drag racing, Richard Maskin has had very few peers. 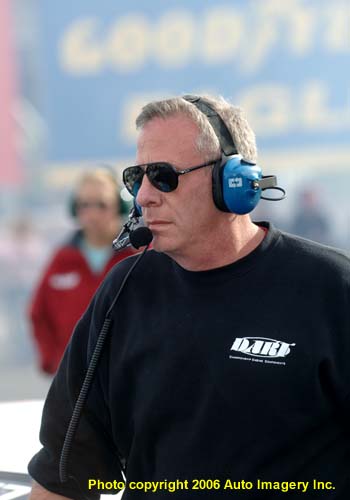 When it comes to drag racing, Richard Maskin has had very few peers.

When Maskin competes, he usually comes out on top. But now, comes his biggest fight, and this one won't be won, or lost, on the quartermile dragstrip.

Maskin, and his Dart Machinery, LTD engine parts manufacturing company, which he founded in a Michigan garage in 1981, is the midst of a trademark battle with TBC Corporation and its Big O Tires subsidiary.

The issue lies with Dart's Big M cylinder heads and Big M engine blocks, which Maskin attempted to register with a U.S. trademark in 2000. Big O, per the Trademark Act of 1946, filed opposition to it.

And there lies the foundation of the dispute.

According to U.S. trademark law, a particular party may apply to register a trademark. The United States Patent and Trademark Office then reviews it before publishing the application request in a gazette newsletter for any party with a registered trademark to oppose the application.

Big O Tires, Inc. filed it's opposition of the Dart's application to register in January, 2003, stating in it's notice to oppose the trademark that it believed it would be damaged by the registration of the 'Big M' trademark, citing likelihood of confusion.

Dart, represented by Maskin's attorney, Scott Keller of Warner Norcross & Judd, LLC, believes that since it sells to a specific market - drag racing competitors - and Big O markets to the everyday consumer, there would be no confusion in the two trademarks.

"Richard has been using this name for years," Keller said. "For this particular part, I believe it goes back to 1999. But 'Big M' is actually is his nickname. He's been known as "Big M" for 40 years. Our argument is that there would be no confusion between their trademark, Big O Tires, and our trademark, 'Big M' (cylinder heads and blocks) in what they are applied to and the circumstances they are used.

"Big O is a tire store. Dart, and Richard, sell engine blocks and engine heads to a a fairly sophisticated market (drag racing competitors). Joe Smith down the street, who drives his Volkswagen beetle is not going to replace an engine block, or engine head (with one from Dart). I'm sure Big O gets a certain share of automobile enthusiasts buying some things, but your run of the mill person in a Big O Tire store is just your average consumer out there buying tires for his car, or maybe getting his brakes serviced." 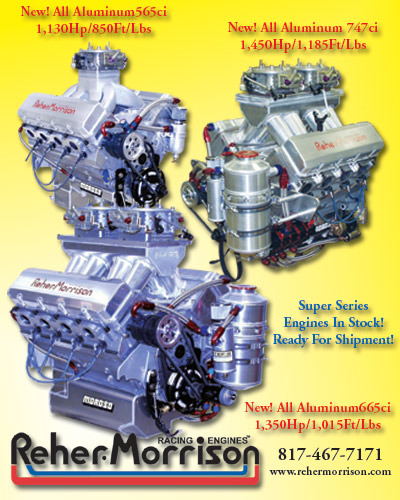 The case, which Keller said is similar to a civil trial but with the evidence gathered in paper form, is still in the discovery phase. Maskin is also in the position that if Dart doesn't get its trademark registered, he could face a multimillion dollar civil suit from Big O for trademark infringement, which could put Dart out of business.

"We really have no choice, but to fight it," Maskin said. "Because if we don't fight it, what happens. Their expectations is that they are a big company going after a little company and the little company can't afford to fight the litigation.

"The problem with that, well let's say I was willing to withdraw my trademark application. I withdraw and say, 'OK you're right; I'm wrong,' because that's what I would be admitting. Well, then all the 'Big M' blocks and all the 'Big M' heads I've sold, they could take me to court and say, 'He sold all these. He infringed on our trademark and he admitted he infringed on our trademark' ...they could sue for damages for however million of dollars. It could put us out of business. It's the big guy going after the big guy."

And, according to files viewed at http://www.uspto.gov/ , Big O has no qualms going after any company, big or small.

The TBC subsidiary has filed countless oppositions against various parties, including high-profile companies such as Overstock.com, Oakley, Goodyear Tire and Rubber Company, and Daimler-Chrysler Corporation.

Big O filed claims against Overstock for it's slogan, 'It's about the O,' and against Oakley, for it's trademark, 'O Store.'

Another intriguing opposition filed by Big O is a claim against Bigfoot Entertainment, an entertainment company that produces independent films, television shows and educational and corporate content.

"They don't seem to care who they file against," Keller said. "It could be against anybody. In Bigfoot Entertainment, the application was for previously recorded audio and video, mainly tapes, video cassettes, DVDs and CDs featuring music, comedies, science fiction and dramas, including fiction and nonfiction. It's DVDs and tapes. I don't think they sell that at Big O.

"There's a notion of trademark dilution, where you have a trademark that's very famous and you can prevent others from registering it, even for unrelated goods and services. But very few marks fit within that. It's typically for marks that are more unique.

"Now Bigfoot...everybody knows who Bigfoot is. It's not like its their term, where only they own it. It has a whole separate meaning. Yet they are going after somebody who is in entirely different business. At least Richard is in the automotive business. He is at least one step closer to them, unlike (Bigfoot Entertainment), or Overstock.com, where its because of their slogan, 'It's all about the O.' This people don't own the word 'Big' and they don't own the letter 'O.'"

Maskin said he offered a settlement, which Big O declined.

But 'Big M' will continue with his battle, and hope reason and common sense will eventually win out.

"We want to get the word out and make public what they are trying to keep private," Maskin said. "If we could get something out there that is truthful, maybe that would force these guys to back off."

Got a comment? Drop us a line at \n [email protected] This email address is being protected from spam bots, you need Javascript enabled to view it .