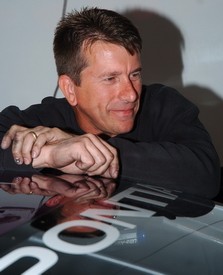 Hello again, this time from the Dallas-Ft. Worth Airport.  After an exhausting week at Indy, a rainout in Reading and this past weekend in Dallas, I’m on my way again to the Keystone State for this weekend’s Toyo Tires Nationals in Reading.

I enjoy racing at Maple Grove, but can’t say we’ve quite figured it out yet.  Last year, we barely qualified the PiranaZ car (15th) before losing in the first round.  The year before, J.R. Carr failed to qualify with what I recall was one of our better engines at the time.  So our recent history there isn’t impressive.  Still, after the way we ran in Indy, I’m anxious to get back on the track as I believe we’re making competitive power, and our crew chief, Mike Elliott, seems to have a good handle on the clutch and chassis right now.

Speaking of Indy, what a race!  We were disappointed we couldn’t advance past the second round, but it’s difficult to point to any one thing we could have done differently.  We just need to keep chipping away at the advantage the Summit cars seem to have over us right now.

Our only real concern during/after Indy was for Ron Krisher.  I was behind the water box when his accident occurred, so I didn’t see it in real time but the replays looked pretty hairy.  Ron and his family are a real class act.  I was glad to hear he came out of it okay.

There was a lot of action taking place off the track in Indy, too.  Most  Pro Stock fans in the civilized world have already heard that Jeggie and Cagnazzi will be joining forces.  I think it’s safe to say those two will be tough to beat.

The “re-organization” of Schumacher’s program was another interesting development.  I’ve always liked Richie Stevens and believe he’s a very good driver.  I suspect he’ll fare even better with Johnson power (hence the win in Dallas).  For that matter, I’d expect the new Enders/Nickens partnership will eventually make Erica more competitive, too. 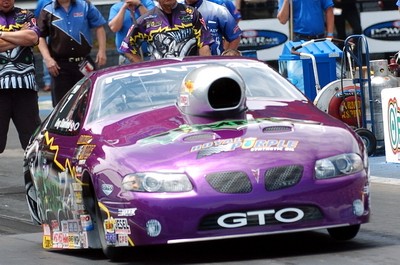 And if all that wasn’t enough, I’m hearing that Jim Yates, Billy Gibson and Duce Staley are joining up to form a two-car team next year.  Unless NHRA has a secret plan to increase the size of Pro Stock fields next year, I think it’s safe to assume all this expansion is just going to make it tougher on the rest of us, and at the risk of sounding like a broken record, more expensive too.

To help with that, my partner Bart Price and I have been beating the bushes for the last few months to secure additional resources to insure we can keep our hot rod in the mix.  I’ll spare you the “it’s tough to find sponsorship dollars” speech.  I try to look at it like finding horsepower in the dyno room- you know gains are out there, but finding them isn’t always easy.  And while some are bigger than others, they all add up.  So we’ll keep plugging away in the shop AND in the marketing department.

Shifting gears a bit, I’ve had several people ask for my opinion of the new POWERade Countdown to the Championship format.  Honestly, it doesn’t bother me.  It’s hard to argue that it won’t add some drama to the end of the season.  And it certainly improves the odds for a larger number of cars to realistically win the championship.  I’d probably be more excited about it if it wasn’t so similar to NASCAR’s recently adopted formula, but I definitely don’t fault the guys at NHRA or POWERade for wanting to shake things up.

One last thing, our unofficial “Team Mom,” Donna Price, is dealing with some heart-related issues in California right now.  She’s a real trooper and normally makes it to every race.  I know it can’t be easy for her to be stuck in the hospital.  I want her to know we’re thinking about her and praying for a speedy recovery!

Thanks again for reading,

Got a comment? Drop us a line at \n [email protected] This email address is being protected from spam bots, you need Javascript enabled to view it .