TOM TOMLINSON: THE MAN WHO PLANS TO TURN HOLLEY AROUND

Since February of 2008, the company, which is headquartered in Bowling Green, Ky., has filed for bankruptcy twice. 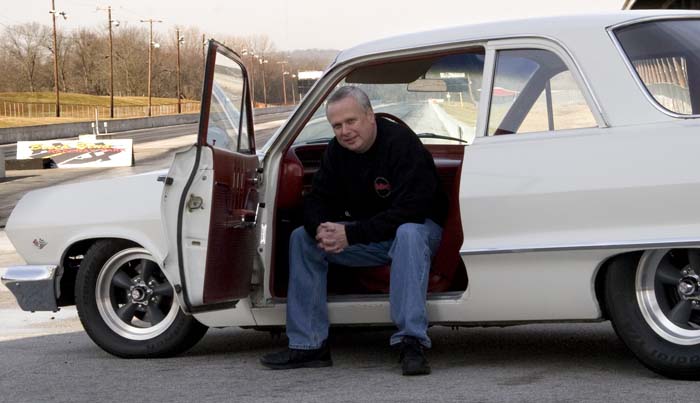 The last 20-plus months have been a challenge for the storied Holley Performance Products Inc.

Since February of 2008, the company, which is headquartered in Bowling Green, Ky., has filed for bankruptcy twice. 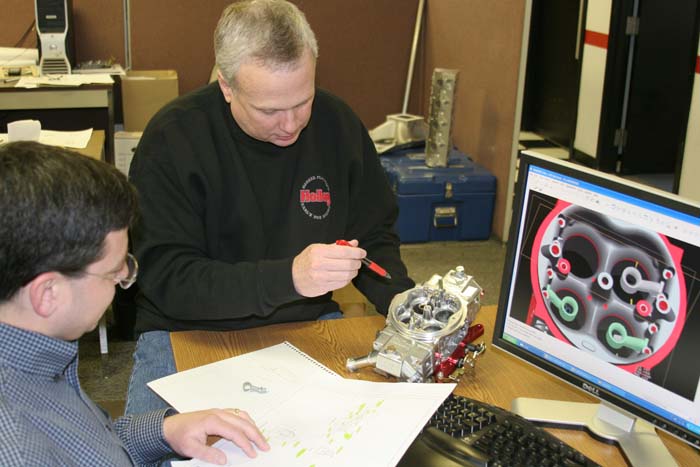 “The company, throughout this whole time from an operating standpoint - if you exclude the debt and all the interest related to the debt - the company has always remained profitable,” Tomlinson said. “So, it's been an interesting time and people don't understand the challenges we've had which are really a result of our capital structure and the fact that our previous owners financed the company with too much debt. Our new owners are converting all of their bond debt to equity and we'll come out of bankruptcy this time with about $17 million in debt. So, over the period of about two years we will have gone from being $200 million in debt to about $17 million and that will give us a very, very strong balance sheet. Just to be clear, the company's operations have made money - we’ve been profitable throughout this entire time frame.”

Tomlinson is no stranger to Holley. He worked as the company's Chief Financial Officer from March of 2003 until this past December when he was promoted to CEO.

“A little over seven years ago, a friend of mine told me he had heard Holley was looking for a CFO and my response was Holley? The carburetor company?” said Tomlinson. “Holley was a name, obviously I was very familiar with. As a car-crazy kid I could remember putting Holley decals on my model cars. I spent the first ten years of my professional career in public accounting and during that time I developed a focus on highly-leveraged companies, helping them work out of their debt problems and I continued that theme with assignments in the private sector. Because of my background, I was very comfortable when I met with the owners (of Holley) at the time. We all talked about the fact that bankruptcy was possible and we hoped to avoid it but I knew right from the beginning that it was a distinct possibility. I got involved with Holley because I love cars, I love racing and because I thought the Holley brand was one of the strongest brands out there in the marketplace; and because the company made great parts.  Cars have always been a big part of my life.  Working at Holley was just a tremendous opportunity to combine my passion with my profession.”
Tomlinson says that he has done quite a bit of racing including drag racing, auto-crossing, and track events at Virginia international Raceway, but always for fun, never professionally.

As Tomlinson expected, when he came on board with Holley the company was facing numerous challenges.

“When Holley's previous owners bought the company, they did it with debt so they leveraged up the company’s balance sheet. Holley was owned by a private equity firm and that is basically what private equity firms do - they buy a company with a little of their own money but mostly with debt,” Tomlinson said. “They hope to grow or improve earnings and then sell at a profit, and never have to use much of their own money. So, Holley was purchased in the late 1990s and they immediately went out and bought a number of other companies pushing the debt even higher. By the time I joined the company in 2003 it was really clear there just wasn't a set of assumptions that you could make for the performance business alone that would result in these owners getting their investment out of the company.” 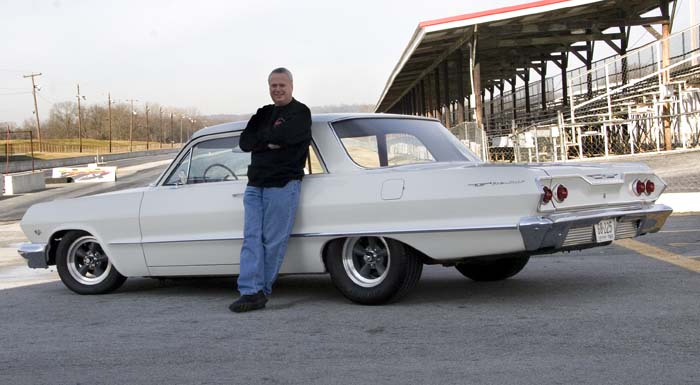 I got involved with Holley because I love cars, I love racing and because I thought the Holley brand was one of the strongest brands out there in the marketplace; and because the company made great parts. Cars have always been a big part of my life. - Holley CEO Tom Tomlinson
It was then, Holley's previous owners made a strategic decision to get into the supply business for diesel OEM's (Original Equipment Manufacturer) and Holley quickly won a contract with Caterpillar.

“We had a flawless launch and proceeded to court other customers for that business,” Tomlinson said. “Most of Holley's financial resources and people resources were being directed toward the Diesel OEM business at that time.  So, that's been one of the key reasons there's been a lack of new product on the performance side of the business over the last 5 or 6 years. Those OEM programs take a very long time to come to fruition and they are very engineering intensive. The air valves we developed for the diesel engines performed very well - we were able to meet all of the OEM requirements and maintain very high quality standards even in an OEM environment. In the first year of production, however, Caterpillar’s volume fell far short of their projections and this was really a problem because Holley had invested about $25 million in this program. That on top of the existing leverage is really what precipitated the first bankruptcy which was completed in 46 days from start to finish with Holley emerging from bankruptcy at the end of March 2008.  So what happened in that filing is basically the private equity firm that previously owned Holley had all of their shares of stock in the company canceled and the company's debt holders became the new owners of the company.”

According to Tomlinson, the company’s new owners made the decision to leave some debt on the balance sheet after the first bankruptcy.

“Going into bankruptcy the first time we had about $200 million of debt, and we came out with $90 million ($50 million worth of bond debt and about $40 million worth of bank debt),” Tomlinson said. “So we reduced the debt from $200 to $90 million in the first bankruptcy and the reason the bond holders that became our share holders left their $50 million on the books is because it still looked like there would be significant growth associated with the diesel OEM business. It was only a couple of months after we emerged from bankruptcy in 2008 that Caterpillar announced they were exiting the diesel over the road truck engine market which resulted in a very rapid decline in our diesel OEM business sales.”

Shortly after Caterpillar’s announcement Holley also began to feel the effects of the recession. These two events made it clear that the company still had too much debt.

“We initially hoped that our bondholders could convert their debt outside of bankruptcy but there were some technical reasons why that was not possible so we knew that another bankruptcy would be necessary to fix Holley’s balance sheet once and for all,” Tomlinson explained. “The timing of the latest bankruptcy was precipitated by a hedge fund that was a participant in our bank debt that got very aggressive and came to our shareholders and said they wanted a majority equity interest – they wanted our owners to give up a significant share of their equity.  Our shareholders refused to give up any of their equity and rather than risk that hedge fund trying to do something that would take control of our cash - we just preemptively filed. Despite these challenges and in a recessionary period we generated good cash flow and were able to pay down our bank debt from $40 million to $17 million. Our majority bondholders have now agreed to convert all of their $50 million in debt to equity; one of our shareholders even bought out the debt held by the problematic hedge fund, and we have a new agreement with the bank that we have worked very closely with over the last seven years. We have a clear path to restructuring and we will be out of bankruptcy very soon.  Also, early in January we sold the diesel OEM business to Navistar for very good value and we are now focusing 100 percent on the performance business.”

Bill Tichenor, Holley's director of marketing, has been with the company for 16 years and he's just keeping everything in perspective.

“I have seen my share of ups and downs, but the past 20-(plus) months have certainly been unique,” Tichenor said. “The most recent issues were brought about by previous management that had us sidetracked by the diesel OEM business. Most of our design and engineering resources went toward that. It turned out to be a bad decision as our largest contract fell through in 2008. Couple that with our heavy debt load from purchasing all the brands we did in the late 1990s and it makes for a sticky situation. We fixed part of our debt problem in '08 and now we are fixing the rest through restructuring. We were very profitable throughout this whole process, but all of the profit went to make the payments on the debt, so there was nothing left to reinvest in performance products.”

These days, Tomlinson is optimistic about Holley's future.

“Our plan going forward is to focus on new product,” Tomlinson said. “On the race side, we'll have a new aluminum HP out this year.  We also have a new EFI controller which will have three levels. We're tying them to the brand names of our carburetors. The Avenger EFI is the simple bolt on fuel injection system for the street guy. The HP EFI is the next level up - you'll be able to program it from a touch screen or a laptop computer. The top of the line product will be the Dominator EFI which has incredible capability and can control drive-by-wire, distributor-less ignition, multistage nitrous, boost control, electronic transmissions, and much more. All of these EFI products have self-learn capability and they will begin to hit the market in the first quarter of this year.

“We're very excited about Holley’s new direction. We’re going to market with great new products, exciting new marketing programs, and we are re-engaging with the car hobby and with motorsports. We've seen steady improvement throughout 2009 and we feel that the worst of the recession is behind us. We were very conservative just in terms of our outlook for the year and that has allowed us to pay down a substantial amount of our bank debt even in the face of a very challenging environment. Holley is on the move and we've adopted the slogan around here internally that we're just gear heads making parts for gear heads. Our team is comprised of a bunch of guys who love cars and love racing. With the sale of the OEM business behind us we are re-engaging in our core performance market. We're very excited about Holley’s future.”

“I am very excited about our future,” Tichenor said. “We now plan to focus solely on performance products which is what we know best. We will be making many new performance products in the near future and if you look at the job postings on our website, we are staffing up now to keep it rolling. I am also excited that our new CEO is an actual car guy, which is what I feel it takes to be successful in this industry.”