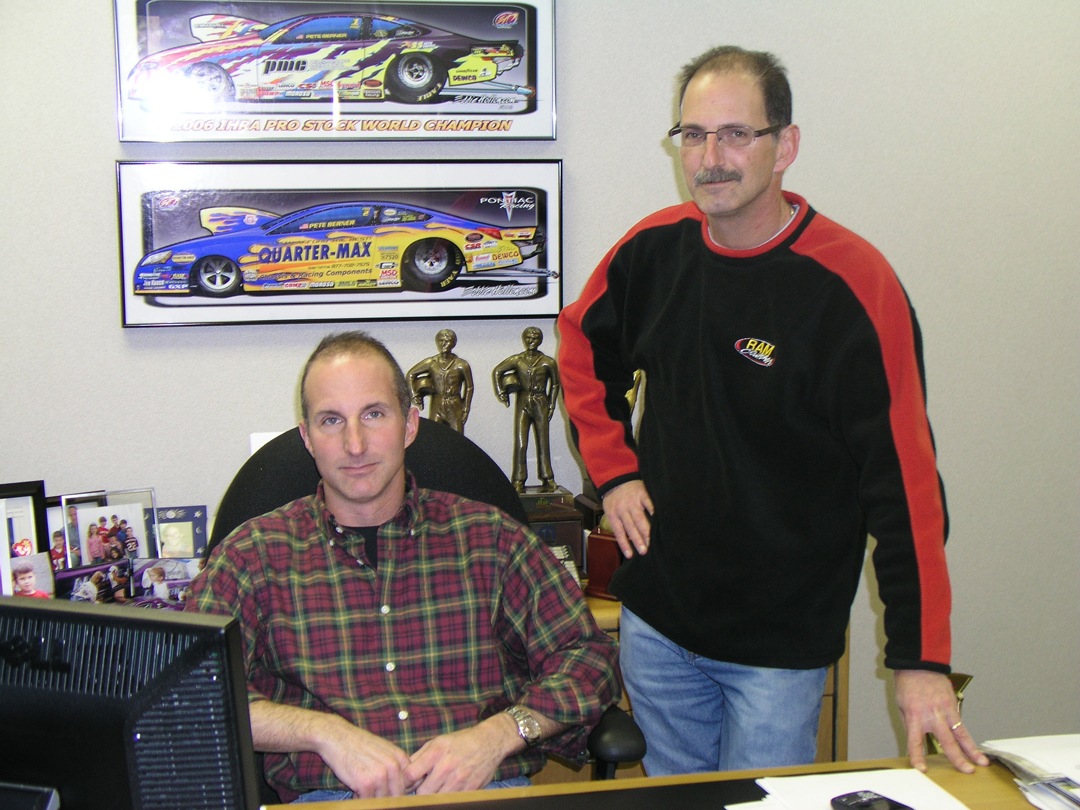 Brothers Pat and Mike Norcia had a vision of what the Top Sportsman doorslammer could be and in the fall of 1987 decided to put their family’s clutch company’s money where their thoughts were. They approached then IHRA Vice President of Operations Ted Jones with a plan of paying a hefty prize to the winner of a Quick Eight shootout comprised of cars that had accrued points throughout the season based on qualifying.

“This was about the time the Quick Four and Quick Eight stuff was starting with Mike Thermos and Ted loved the idea for our program,” said Pat Norcia.

The initial plan called for a $5,000 first place prize and the program was open to everyone, including roadsters and dragsters. You had to run what you “brung” and in this case hope you “brung” more than enough.

The first RAM Top Performer Challenge, in 1988, was won by Blake Wiggins.

The success of the initial offering was so overwhelming that the program was renewed for 1989 with a purse increase to include a $7,500 prize to the winner.

Midway through the season, in private, the Norcia brothers were informed that Pro Modified would become a reality in 1990. One could  have drawn the conclusion that the 1989 RAM Top Performer event was a warm-up for the incoming new professional division, but to Pat Norcia the event still held a Quick Eight flavor.

However, when the first pair rolled to the line during the 1989 IHRA Fall Nationals in Bristol, Tenn., Pat Norcia saw the future.

“You could envision what was coming,” he added. “The excitement was there.”

Mike Ashley went on to win the 1989 event with his nitrous-injected Trans-am. He was the number one seed headed into the RAM Top Performer Shootout.

Known as “the Kid from Long Island”, Ashley had come into his own during the 1989 season when a provisional starting spot in a United States Super Circuit event yielded overwhelming top speeds and the feeling this brash, yet confident talking youth was the face of the incoming new class.

“Mike had such a positive attitude and brought a lot of energy to the class,” explained Pat Norcia. “He was willing to go out and do what he needed to be good, but also get the parts and pieces required to be at the top of the game. I will always believe that he set the tone for what it was going to take to win in Pro Modified.

“It was an exciting time,” said Mike Norcia. “It was a time similar to when the Funny Cars came around and all of the leading magazines were going crazy over this new movement. It made sense for us to support the fast doorslammers and it worked well for us.”
Categories:
:::::: Feature Stories ::::::