NEW PRO BOARD MEMBERS SEE PRO IN A DIFFERENT LIGHT 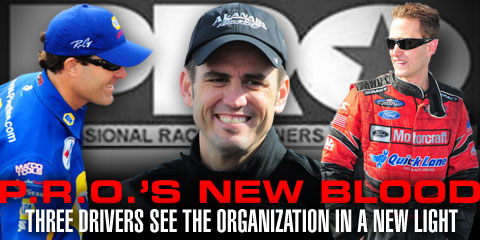 The Professional Racers Owners Association, PRO, has gotten a facelift. A fresh new look but not a change in direction.

“When PRO was first formed most of the racers were owners,” explained board member Bill Miller. “They were owners and racers at the same time. Now, they are just owners and no longer racers.”

Truthfully, they are still racers at heart. They just don't strap into a race car. What they stopped being is drivers. 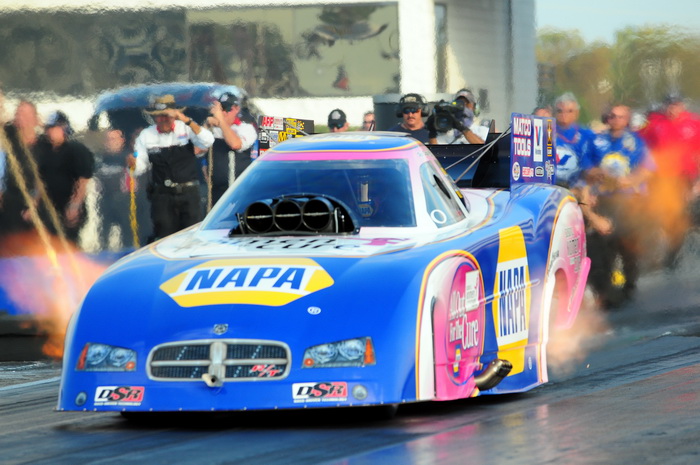 The Professional Racers Owners Association, PRO, has gotten a facelift. A fresh new look but not a change in direction. 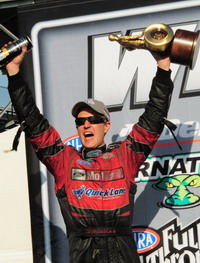 “When PRO was first formed most of the racers were owners,” explained board member Bill Miller. “They were owners and racers at the same time. Now, they are just owners and no longer racers.”

Truthfully, they are still racers at heart. They just don't strap into a race car. What they stopped being is drivers.

PRO's new look includes three new faces which were added to the board of directors when the organization met in Las Vegas and two of the three are not car owners, they are drivers; the third is an owner/driver. Or, as Miller calls them, racers.

Bob Tasca III, Larry Dixon and Ron Capps sat down two weeks later as official members of the PRO board. It was, they all agree an eye opening experience.

“The first meeting with Kenny (Bernstein), Tim (Wilkerson), (Bob) Vandergriff Sr. and Bill Miller, showed me a real passion to improve this sport,“ said Tasca. “These guys, they want to see the sport be successful as it can be. Certainly safety is the cornerstone of what we do.”

Larry Dixon is flattered to be in a new member of the board. 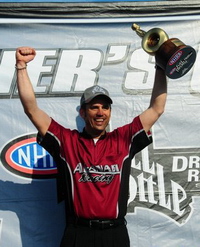 “I've only been to one meeting, but hopefully I will be able to help as much as I can,” said Dixon, who admits he has never been part of a team where the owner was a PRO member. “I know there are a lot of things PRO does. They work hard for the racer. Everybody on the board donates there time, so it certainly is a passion.”

For Capps, the first meeting was extremely gratifying, if not mildly intimidating. Capps believes the inclusion of himself, Dixon and Tasca is directly tied to the formation of a driver's group 16 months ago. A group he says is not going away just because two driver's now sit on the board of PRO.

“PRO has, for the last three years, been looked down upon by a lot of the racers out here. When they started the organization, they had great ideas, good intentions but somewhere along the line it lost something,” said Capps. “It makes more impressed with what Del Worsham and I did when we started that first drivers meeting on three days notice between Seattle and Sonoma over a year ago. In a matter of three days, we had every pro nitro driver at that meeting in Sonoma, with the exception of two guys - by email and text messaging only. When I had gone to the PRO meeting that was open to everybody at Indianapolis this year there was only a dozen people present there out of all the owners and drivers.

“I think that had a factor on Kenny and he has great vision. What he told us was he wanted some fresh blood.”

In their own ways, each is excited about this new opportunity to be part of ensuring the safety of drivers, the health of the sport today and what will be in the future.

These three are going to be leaned upon to bring a fresh voice; to be the prophets of the new generation of drivers. Previous PRO meetings were productive but lacked the lines of communications between themselves and their constituency. It was that lack of communication which led to the formation of the driver's group, which in turn led the PRO leadership to understand the driver's are no less important than the owners. 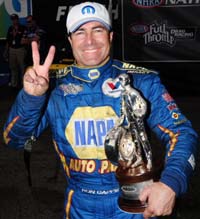 Through Bob, Ron and Larry, PRO hopes to show the driver's the perception of the organization is not reality. Capps saw it immediately, as did Tasca and Dixon.

“I know there are a lot of guys with the perception that PRO doesn't get a whole lot done,” said Capps. “That is true and not true. I can see some of the things they have gotten done and haven't gotten credit for. PRO has turned more into an owner's group and a lot of this stuff is important to drivers out here.

“They get a lot done that even I didn't know. Things NHRA has changed behind the scenes is really PRO. The perception needs to be changed, overall. Light and Olsen have been very open to issues we have presented to them as a nitro group.”

Miller says it is going to be important for the new board members to help get the message out to the rank and file.

“Now, when they go out after a board meeting, they can relate to the drivers what we are really trying to do. I was talking to Dixon (the day of the last board meeting) and I said, 'how many people come up to you in your lifetime and ask how easy it is to drive a top fuel.' The PRO board is very much the same. Unless you are in the meetings, like being in a race car, you really have no idea how hard and difficult it is to make the decisions. They, (Bob, Larry and Ron) are now privy to how difficult it is to get things dones.”

Already, Capps has a new found respect for PRO and NHRA's leadership.

“It was neat that I got a text message from Graham Light congratulations on being on the PRO board. I didn't even know he had my phone number.”

Now, if PRO can make every pro nitro driver feel the same way, perceptions will certainly change for the better, along with the sport.