Racing ignites his competition passion. Business squeezed him out of a ride.

Such is Phil Burkart’s dilemma as he looks to get back into the Funny Car saddle again.

“I’ve been burning up the phone lines,” said Burkart, who unexpectedly was dropped from Worsham Racing after three productive seasons on the NHRA Powerade Drag Racing Series. “I’ve been calling other people, other teams to see if there’s anything new or available … wherever I can fit in. I’m trying to find a home, I guess.” 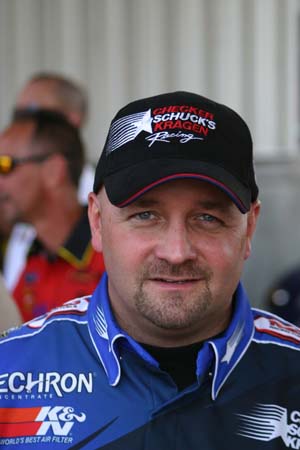 Racing ignites his competition passion. Business squeezed him out of a ride.

Such is Phil Burkart’s dilemma as he looks to get back into the Funny Car saddle again.

“I’ve been burning up the phone lines,” said Burkart, who unexpectedly was dropped from Worsham Racing after three productive seasons on the NHRA Powerade Drag Racing Series. “I’ve been calling other people, other teams to see if there’s anything new or available … wherever I can fit in. I’m trying to find a home, I guess.”

While December is never a good time to be job hunting, a determined Burkart is aggressively pursuing his options. Equipped with a solid resume, the 38-year-old driver from Yorkville, N.Y., believes he is more than qualified to extend his drag racing career. He just needs the chance.

“I’ve already spoken to a lot of teams, but there’s nothing solid,” he added. “Some have expressed interest.

“I’m looking forward to having something come my way, having a team that can put me back in the winner’s circle.”

A four-time national event winner, Burkart was coming off what he considered a “good” 2006 season driving the Chuck Worsham-owned blue Checker Schuck’s Kragen Chevrolet. He captured the Toyo Tire NHRA Nationals in Reading, Pa., in mid-September, in addition to 17 round wins, three semifinal and seven quarterfinal appearances. He advanced to the semifinals at the season-ending NHRA Finals in Pomona, Calif., on Nov. 12. Despite 10 first-round exits, he finished a career-best eighth in the final point standings. 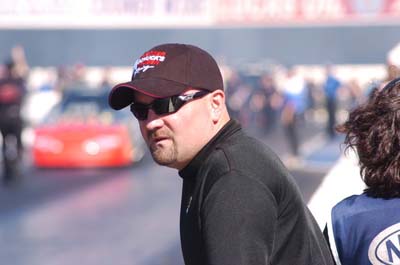 He also made his quickest pass, a 330.07-mph lap at Chicago. He supported the best reaction-time average in the category this past season.

“Hey, we didn’t have that bad of a year,” Burkart said after his semifinal loss to Jack Beckman in the season finale. Burkart started the season with a semifinal run at Pomona nine months earlier. “We ended up eighth in the toughest field of Funny Cars ever, I think, and that says a lot.

“At the start of this year, I bet there were 15 or 16 teams that really, sincerely, thought they could finish in the top 10. A lot of them didn’t, but we did,” he said. “And on top of that, we won a race and finished eighth.”

Burkart was hoping that momentum was something the team could build on for 2007. He was looking forward to taking the next step when he received an unexpected phone call from teammate Del Worsham.

“I fully expected, after speaking to Del after the season, that I would be there,” Burkart said.

Instead, Burkart, who worked on a year-to-year contractual basis with Team CSK, was told he wasn’t going to be renewed for 2007. The team planned to bring aboard Jeff Arend, a veteran racer who spent much of his career driving for legendary tuner and car owner Paul Smith. Arend joined Team CSK for one race in 2006, when he drove the team’s special-edition Murray’s car at Madison, Ill.

“It was kind of a shock to me … the fact that it happened this late in the game, without knowing it was coming,” Burkart said of the decision. “So when you’re put into that position, you just have to knuckle down and to see what new teams are forming and to see what’s available out there.”

Along with Arend came a major associate sponsor in the deal. Arend was instrumental in luring Erie Educational Services, a student-loan consolidation company, to go along for the ride next season.

Del Worsham was appreciative of Burkart’s efforts with the team and expressed those feelings in a Dec. 5 news release: 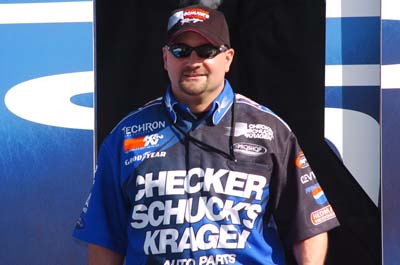 “The cost of competing at the highest level is going up at a very rapid pace, so we knew we had to make some critical decisions this offseason,” Worsham said. “ … I want to publicly thank Phil Burkart for everything he has done to make our team better over the last three full seasons. Phil has been a great teammate and friend, a great driver, and a real asset to our organization and to Checker Schuck’s Kragen Auto Parts. Sometimes, the right move for a team is one that comes with some difficult choices, and replacing Phil as the blue team driver was one of the most difficult things we’ve ever had to do as an organization.”

A disappointed Burkart understood the decision. It is not uncommon for driver changes to be made based on the amount of sponsorship dollars the new candidate brings to the table.

“(Del) did tell me the situation with Jeff and what surrounded it,” Burkart explained. “And I was in no position to argue with them about it. It was their decision already. I’m sure it wasn’t from the hip decision. It was a long, hard decision to make, and they chose Jeff with the partnership.

“It was a very hard decision. I did a good job for them, but they recognize the money part of it and they chose that avenue,” Burkart added. “I can’t blame them for it and I can’t fault them for it. I had three good years there. I wish them the best.”

What’s best for Burkart is to drive again.

He started racing when he was 14 years old on local tracks in Upstate New York. He competed in bracket racing before successfully switching to alcohol cars and eventually to the nitro pro ranks.

In only his 10th pro start, Burkart won his first national event in Columbus in 1999. He raced selectively until Team CSK picked him up on a full-time basis in 2004. He responded with his first-ever finish in the top 10 in his first full season in Funny Car. Last year, he briefly led the Powerade Series early on and posted his career-best elapsed time of 4.734 seconds.

“Racing is what I do best, and that’s been proven,” Burkart said.

Burkart is even open to fulfilling the role of a test driver, if it comes to that. Given his extensive background, he considers himself a bona fide choice when it comes to driving a Funny Car.

For now, Burkart remains at home, waiting for a call. His father, Phil Sr., owns and operates an automotive machine shop and speed and accessories store in Yorkville.

“I understand that opportunities are few and far between,” Burkart said of his job search. “I’ve spent a lot of years being the second or third driver on the list. I don’t think I’m down on that list anymore.

“I’m into driving, I’m into drag racing heart and soul,” he said. “It’s not something that’s going to go away just because I’m not driving.”