WHAT IF? with DALE WILSON

Okay, so I’m king of drag racing, and I can make up whatever rules I want. Here are some more “what-ifs” that I would recommend to the association rules makers.

What if…NHRA introduced Top Dragster to the divisional eliminators? Well, they’ve actually done it in Division 2 recently. Top Dragster, the fast dragster eliminator that has been contested in IHRA country for years, now comes to the NHRA, to go along with Division 2’s Top Sportsman Eliminator. Division director Bill Holt made the announcement in the first part of November, and Top Dragster will be a go for all 2007 divisional races. 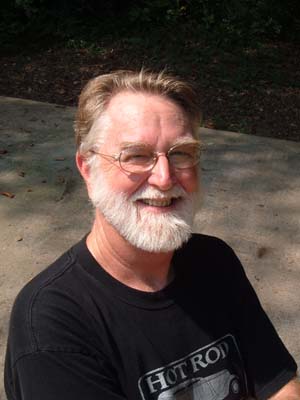 Okay, so I’m king of drag racing, and I can make up whatever rules I want. Here are some more “what-ifs” that I would recommend to the association rules makers.

What if…NHRA introduced Top Dragster to the divisional eliminators? Well, they’ve actually done it in Division 2 recently. Top Dragster, the fast dragster eliminator that has been contested in IHRA country for years, now comes to the NHRA, to go along with Division 2’s Top Sportsman Eliminator. Division director Bill Holt made the announcement in the first part of November, and Top Dragster will be a go for all 2007 divisional races.

I like the Top Dragster idea --- fast dragsters run on the quarter-mile on a handicap, full-tree basis, just like Top Sportsman door cars. Here’s how the whole thing came about:

Holt and Top Sportsman champ Ronnie “the King” Davis, of Suwanee, Georgia, came up with a Top Sportsman Eliminator several years ago, and since then Davis has been asked when a Top Dragster Eliminator would be introduced. It seemed a natural fit with the Davis In-Motion Satellite/TracStar Systems Top Sportsman Division 2 series, so he passed on the interest to Holt. The end result is that Top Dragster racers now have their own eliminator.

According to Davis, Mid State RV Sales in Byron, Georgia, will be the 2007 T/D title sponsor. As with Top Sportsman, there will also be a monetary award of $200 and $100 for low elapsed times of the meet (Davis’s Davis Golf Cart Sales sponsors the Top Sportsman low E.T. award). Hickory Enclosed Trailer Sales/RPM Motor Coaches of Hickory, North Carolina, will give out the awards for Top Dragster.

Davis deserves his “King” moniker. A past IHRA Top Sportsman champion, he has more recently dominated the NHRA Division 2 Top Sportsman wars, making 18 final-round appearances in 2006 and winning 14 times. King and his ’63 split-window Corvette, which has posted a best elapsed time of 6.57-seconds at 214 mph, also does battle in the Automatic Pro Modified Association, Quick 8 Outlaws, and ‘Glide Wars arenas as well. All this on a handicapped, three-bulb starting system, with the breakout rule in effect.

Concerning Top Dragster, one well-known bracket racer and chassis builder, Ray Miller of Miller Race Cars of Brooksville, Florida, is building a new dragster for the eliminator, a 280-inch machine that will run T/D exclusively. He expects low 4s in the eighth-mile with this one.

Switching gears now, I like an eliminator that also came from the IHRA and is now being contested in NHRA’s Division 1, and that is Top Stock, encompassing A/, B/ and C/Stockers, sticks and automatics. First introduced by Division 1 director Bob Lang and Maple Grove Raceway’s George Case, Top Stock is raced at all “Open” races as well as divisionals, and it allows the top three Stock class racers to go off against each other on a five-tenths Pro tree, with elapsed times very close to each other due to certain weight breaks given to each class car.

Now comes NHRA Division 1’s Jr. Stock Eliminator, encompassing F/, G/ and H/Stock cars, sticks and automatics running the same designations. According to Maple Grove’s George Case, the weight break for this eliminator is 11.0 pounds, plus 170 pounds for the driver. Carburetion and fuel injection are both okay. It’s run off a five-tenths Pro tree, heads-up, no breakouts, whoever gets there first wins. The only modification allowed, Case says, is the removal of the car’s passenger seat. The racer can play around with the car’s weight to make the eliminator.

“It’s close racing,” Case says of the two Jr. Stock Eliminator races the Grove has hosted. “An old buddy of ours, Evan Smith (magazine editor and National Dragster contributor) won Jr. Stock at the Dutch Classic at Maple Grove in his ’93 fuel-injected Mustang, and runner-up was Henry Kunz of New York in his 350 ’69 Nova. An ’80 ‘Vette was there, and so were a ’72 Nova, a ’71 Demon and a ’72 GTO.

“It’s an extra-added race for us and the racers. Some of these cars are worth a whole lot of money, and guys want to race them. It’s $500 to the winner, Sunoco sponsors the series, and it allows somebody to race heads-up. These guys are regular guys who have been doing this (racing Stock Eliminator) for what seems like a billion years, and it’s something else for them to do. They want to race, and race, and race, and now they can,” Case said.

Cool. Now let me put on my “king-of-the-world” crown and suggest one other eliminator --- let’s call it “Little Stock Eliminator.” Why not do the same thing for M/, N/ and O/Stockers? According to my old friend and NHRA/IHRA Stock Eliminator racer Freddie Cain of his “Cain and (Ronnie) Redd” M/Stock Nova wagon, you could have in the mix 283/220-horsepower ’64 through ’66 Chevelles, wagons, hardtops, four-doors and converts all included; a 68 Chevelle 327/250-horsepower wagon; a late-model ‘70s 305 Malibu wagon; an ’85 Mustang; a 400-powered Pontiac Grand Prix wagon or any heavy coupe or sedan; a Pontiac Ventura with a 350 Poncho motor; a Buick wagon like Al “The Air-Lift Rattler” Provost used to run; and the list goes on. “Little Stock Eliminator” would be guaranteed to combine probably every make and marque ever made by Detroit’s best.

That’s it for this issue’s “What If” segment. But I’m still a’thinkin’. Know what I’ve been thinking ever since I saw Ashley Force race her A/Fueler at Atlanta Dragway’s Division 2 points race a couple of months ago? 5.32 out of a legal, unblown alcohol dragster. Why not take that engine out and put it in an alcohol Funny Car? A/Fuel Funny Car. Yeah, that’s the ticket … if I were king of the drag racing world.
Categories:
:::::: Feature Stories ::::::