WHAT: Celebrating the 50th year of the March Meet, featuring top
nostalgia drag racers competing in 14 categories such as Top Fuel,
Junior Fuel and Supercharged Gassers, as well as Hot Rods and Nostalgia
Eliminator classes. Event is also the inaugural race of the NHRA’s new
7-race nostalgia program, the Hot Rod Heritage Series The weekend will
include hundreds of street rods, customs, and muscle cars and feature a
Swap Meet, Manufacturers Midway and lots of drag racing celebrities. 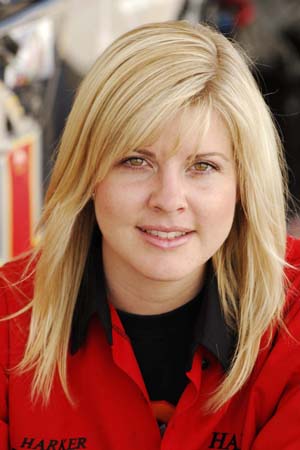 KDH Racing announced today that youngest member of the Harker Family, Diana will
debut in her first full season as a rookie driver in the NHRA Top Alcohol
Dragster Class with support from Michael Ashley’s Lend
America.

The 24-year old Australian will
follow in her twin sister, Kate’s foot steps and be at the wheel of 2003 Top
Alcohol Dragster Champion Team Owner/Crew Chief and Four time Division Five
Champion, Randy Meyer’s A/Fuel Dragster for a schedule 12races. No stranger to
the alcohol class, the Harker-Meyer team made a successful campaign in late 2007
across four events with a great semi-final finish to add to their credit. Harker
is set to compete at 7 National and 5 Divisional races on the NHRA Lucas Oil
Schedule and will proudly carry the Lend America logo along with support from
Lucas Oil and Hedman Hedders, ARP, Aeroquip, Taylor Cables, Solder Seal Gunk,
Aeromotive, and Meyer Truck Center.

“On behalf of Randy Meyer and myself
we are proud to welcome the team at Lend America on
board. Kate and I had the pleasure of meeting Mr Ashley at the end of last
season and it was certainly a memorable experience getting to know Mike, the
Team at Lend America and Gotham City Racing. I
can’t thank Mr Ashley enough for this wonderful opportunity and I look forward
to proudly representing Lend America both on and off the track.”
said Diana 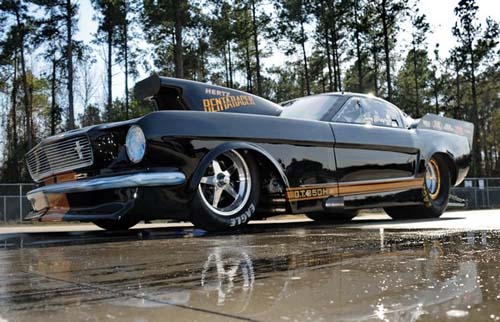 Almost a dozen Pro Modified entries are testing this weekend at the
revamped Orangeburg Drag Strip in Orangeburg, South Carolina. The
testing conditions were aided by Chamber of Commerce weather and a
track temp of 90-degrees by mid-afternoon.

The perfect conditions threw some teams a curve and many were struggling to make full passes on the eighth-mile track.

Kerry Crosby, record holder for the Automatic Pro Modifieds, produced
the first full run with a 4.13 elapsed time.  Roger Johanson and Greg
Godwin followed with a pair of 4.08 elapsed times. 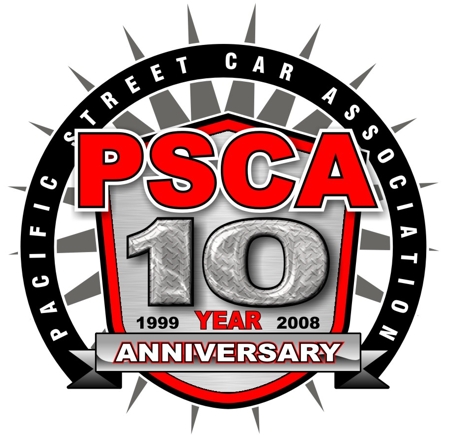 Ford Racing has officially joined the PSCA as Title Sponsor of the newly formed
class "Mustang Maddness" and as the Presented By Sponsor of the "Hughes
Performance Arizona Nationals" this September 26-28 at Firebird International
Raceway in Phoenix, Arizona.

In addition, Ford Racing through
one of their Top-Ten Dealers (Hawaii Racing of Simi Valley, CA.) will award the
PSCA Ford Racer who accumulates the most Championship Points, a Ford Racing BOSS
Engine Block.

"We are really excited to be part of the Mustang Maddness
Class and look forward to working with the PSCA in the future", said Ford
Racing's Joseph King.

RIPES AND A-1 HEADED NORTH

After
being in business in the Los Angeles area for almost 50 years, pioneering
racing transmission and torque converter guru Marv Ripes is packing his tool
box and moving up to Vancouver, Washington.

Ripes
has joined forces with long-time racer and A-1 customer Alan Bowdish and will
start a new chapter in his career with the establishment of A-1 Performance
Transmissions & Converters. The new entity will be headquartered at 6211 NE
88th in Vancouver, located across the Columbia
River from Portland, Oregon. Also making the move is Carlos
Cabrera, who has been A-1’s primary converter builder for 30 years.

Now that the HD Partners deal to purchase the assets of the
NHRA is in the tank, SMI CEO Bruton Smith has no problem discussing his desire
to discuss a possible purchase of the drag racing entity.

Would Smith be willing pony up the same dollars involved in
the HD Partners deal?  No.

Today's classic You Tube video moment features Raymond Beadle's Blue Max rollover during the 1982 NHRA Gatornationals. In watching this excellent Diamond P/NHRA clip, it's not hard to see why Beadle was a fan favorite.

The timing was perfect for seven-time IHRA Pro Stock champion Rickie
Smith to sign Bailey Trucking to as associate sponsorship because he
was hauling on Friday afternoon during the Mid-South Street Nationals
in Memphis, Tennessee. Driving his Chevrolet Cobalt, Smith laid down an
impressive 6.33 elapsed time at over 220 miles per hour. If this is the
sign of things to come, then IHRA Pro Stock should encounter a season
of monstrous proportions.

On a related topic, Smith's publicist released a statement clearing up
some isolated confusion surrounding his recently announced program with
Bailey Trucking.

Not only is the fabled March Meet celebrating its 50th, it’s also the
first-ever event in the NHRA’s new 7-race nostalgia drag race series.
Called the Hot Rod Heritage Series, it all begins at historic Auto Club
Famoso Raceway, Mar. 7-9.

“We’re honored to not only be part of this exciting new series, but to
have the first one kick-off during our 50th celebration of the March
Meet is really exciting,” said Blake Bowser, vice president and general
manager of the Kern County Racing Association, operators of Auto Club
Famoso and producers of the March Meet. “Nostalgia drag racing fans are
in for a once-in-a-lifetime thrill.

According to the NHRA, the Hot Rod Heritage Racing Series was created
to “help preserve NHRA’s rich history and tradition while capitalizing
on the success of nostalgia drag racing competition.” Series champions
will be crowned in 14 categories based on year-end points.

Every
Friday, Torco's CompetitionPlus.com brings you our Feedback letters.
Read what our readers have to say about our feature articles and you
can even offer your opinions.