WITH OR WITHOUT A DEAL, GARY PHILLIPS DELIVERS 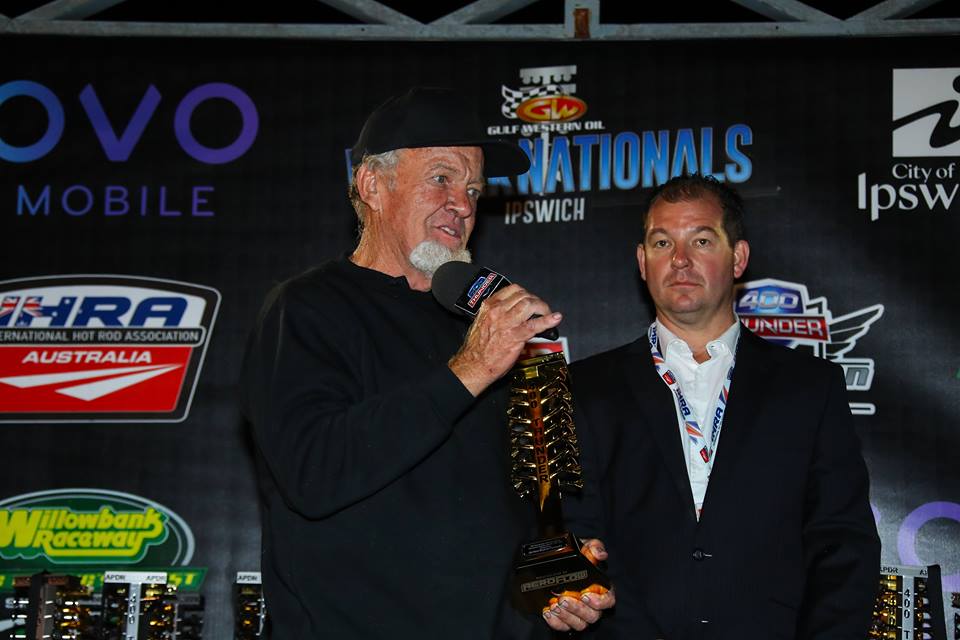 Twenty-time Australian champion Gary Phillips isn’t a philosopher, but there is merit in some of his observations.

“All the money in the world cannot buy success, but it can help you buy parts,” Phillips said, as he instructed the reporter to keep up with his breakneck pace of servicing two cars destined for the final round at the Gulf Western 400 Thunder Winternationals at Willowbank Raceway outside of Brisbane.

There wasn’t a big crew of bodies jumping in to help him Sunday, just a few friends and family. Phillips is racing for the first time in over two decades without a primary sponsor. Not that he ever enjoyed the kind of assets like the United States John Force or Don Schumacher Racing, Phillips has always been frugal and resourceful.

“Without Cheyne and Debbie supporting me, I couldn’t do it,” Phillips explained. “I have some potential sponsors That help me. I had Lucas for 20 years; it was fantastic, and I appreciated their support.”

Phillips won the Pro Alcohol crown, a class with which he’s ruled with an iron fist for decades. He finished runner-up in the Pro Slammer division, a class where he’s also a past series champion.

“It’s not the money; its where your heart is and the knowledge base,” Phillips counseled. “I guess when you’re down and out, everyone forgets you were there last week. You just have to try a little bit harder.”

“We race ourselves and not anyone else,” Phillips said. “We haven’t run all of the rounds and have been selective with what we run. We know what the cars in them, that’s why we made the effort. We came into this event running two cars knowing we needed to kick ass and take names. Everyone else is trying to knock you off the ladder, and you’re no longer on the ladder. Que Sera Sera."