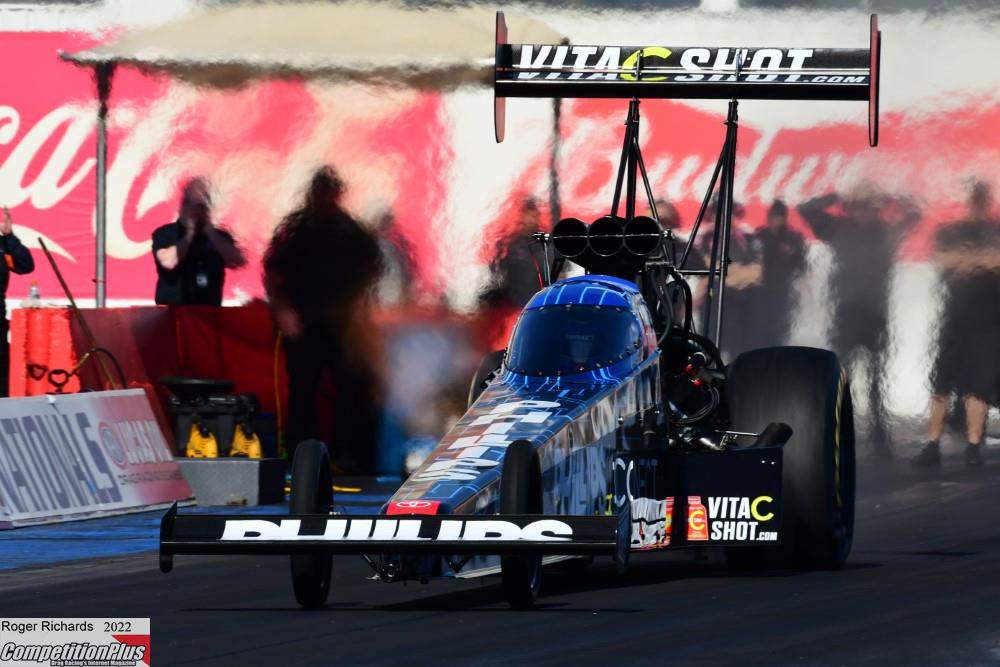 NHRA’s Jeffrey Young responded to rumors which suggested that Wild Horse Motorsports Park, located outside of Phoenix, was going away as a drag racing venue. Multiple reports had circulated the web hinting the track would be demolished to make way for hotels, a concert venue, and office buildings, among other things.

Apparently, beyond 2023 is another story.

In a late-night news release on Friday evening, NHRA revealed next year’s Arizona Nationals would be its last.

Wild Horse Motorsports Pass joins Atlanta Dragway and Houston Raceway Park as tracks NHRA has lost to non-racing development since the pandemic hit in 2020. However, the rumors of their departure had circulated long before then.

After 40 years of service with the NHRA, the track will say goodbye with next year’s event.

“Arizona has been an incredible supporter of the NHRA and Wild Horse Pass Motorsports Park for the past four decades, and we are very grateful for this tremendous fan support,” said Elizabeth Antone, Wild Horse Pass Development Authority General Manager-Interim. “We know this final race will be a celebration that NHRA fans are famous for.”

“We want to thank Wild Horse Pass Motorsports Park and the Gila River community for their dedicated commitment to drag racing,” NHRA President Glen Cromwell said. “The NHRA Arizona Nationals have provided NHRA fans countless memories for many years, and our race teams, partners, and NHRA officials look forward to celebrating the track in 2023 as we close out this chapter in NHRA history.”

As NHRA looks toward the future, it will focus on venues not currently on the NHRA Camping World Drag Racing Series circuit to fill the spot of the Phoenix event starting in the 2024 season.

Potential facilities under consideration include Tulsa Raceway Park and South Georgia Motorsports Park. Tucson Dragway has been rumored as another venue.

“Our focus remains on making the NHRA an incredible experience to our fans, race teams, and partners, and we are working on several new destinations,” Cromwell said. “With interest from multiple NHRA member tracks within each region across the country, we are excited about the possibilities for a future NHRA national event.”

The date and ticket information for the historic finale of the NHRA Arizona Nationals at Wild Horse Pass Motorsports Park will be announced later.