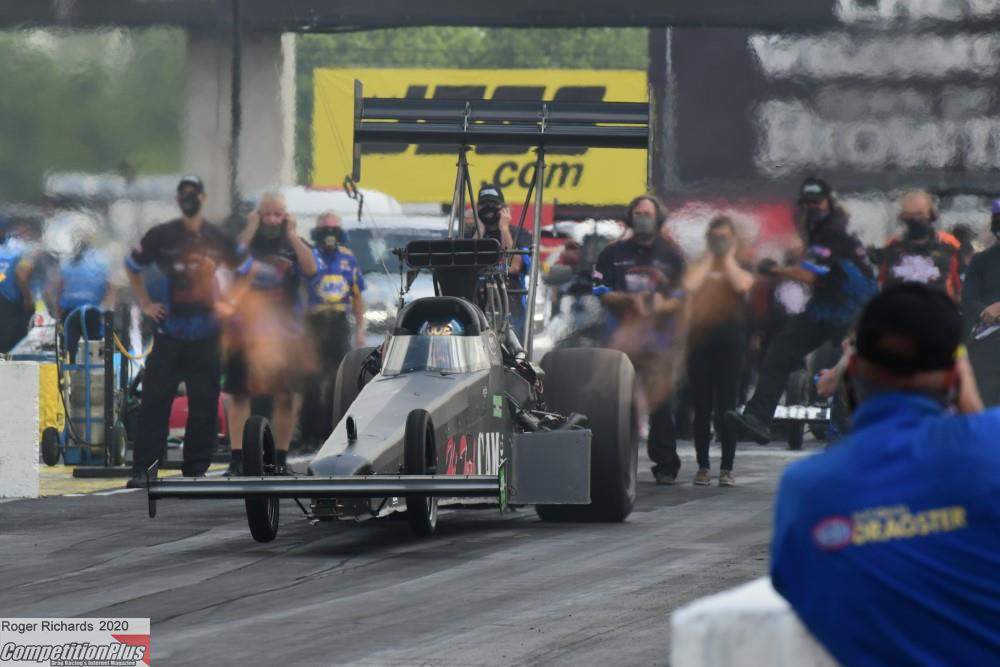 Newest Top Fuel racer Joe Morrison wanted to make sure he was able to race here in the Lucas Oil Summernationals. So he drove about 10 hours from Reading, Pa., where he completed his licensing procedure last Sunday, to the NHRA office at Brownsburg, Ind., to hand in his entry-list paperwork in person before Monday’s deadline.

Morrison, who has competed in several sportsman classes, opened his professional career Saturday with a 4.72-second elapsed time at 203 mph in Gary Leverich’s Hi Tech CAM Dragster. That was good enough to make the provisional field at No. 15 – ahead of veteran Cory McClenathan, who held down the bump spot at 5.749 seconds after the opening qualifying session.

“I am beyond excited,” Morrison said of the whole experience.

His parents’ first date was at New Jersey’s Island Dragway. His father raced there, and his mom worked in the timing tower, even when she was expecting him. “So Iiterally I can honestly say I was going to the races before I was born. I’ve wanted to race fuel cars for as long as I can remember,” he said.

For awhile, Morrison chased a music career – and one of his former band members, guitarist Zak Rizvi, still performs with Kansas (of “Dust In The Wind” fame). “My grand plan – and this is going to show you how low my intelligence level is – was, ‘I’m going to be a rock star and make a lot of money so I can afford to go fuel racing.’ The rock star thing didn’t work out. Let’s face it – that’s a tough deal to do as a career.”

But Morrison, of Flemington, N.J., finally decided to start his racing, and he attended the driving school of Doug Foley – one of his competitors this weekend.

Foley was 11th after the first qualifying runs, so they likely weren’t planning to race each other. But Foley said Morrison’s entry gave the weekend an intriguing twist: “That was that was a big part of my career, giving the people the opportunity to get a chance to drive cars and have fun and do all of this. So yeah, we appreciate all that.” 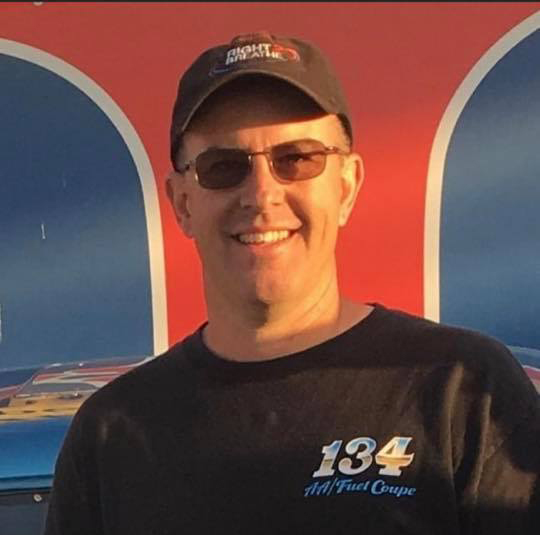 He said it was great to see one of his students living his own dream. “It's great. To see that people have the same ambition as I do and the school was what allowed me to get here. It's great to see other people come out here and just enjoy the sport as much as we do,” Foley said.

Morrison finished his initial licensing through Foley’s school at Atco Dragway Sept. 11, 2001. “So what the heck?” Morrison figured. “We might as well have a global pandemic when I’m trying to get my Top Fuel license, right?”

The team’s plan is to enter the races at Atlanta, Reading, Gainesville, and Bristol, if they happen. “I’d like to go to Charlotte, too, but three races in a row with a volunteer crew, that’s a little rough. We need to take care of our people,” Morrison said. “On top of that, we have limited resources. We might not have enough parts to do all of that.”

For Morrison and the Leverich team, the two-day format, with only two qualifying chances, is helpful. It means teams are being more conservative with their tune-ups, trying simply to get in the show.

He said, “My last licensing pass would have qualified us 12th [at last weekend’s E3 Spark Plugs Nationals here]. Normally, with a 4.03, you’d be lucky to be 19th.”

But such are the breaks of a drag-racing rock star.