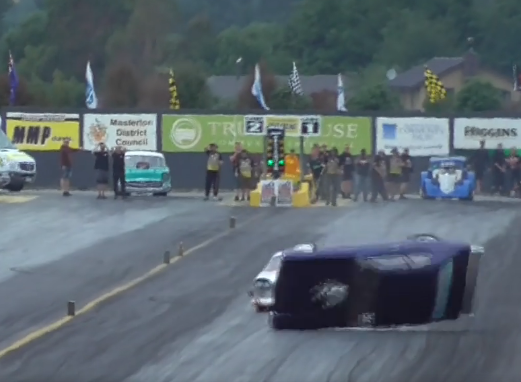 This might be about as close as you get to those early days of Pro Modified racing before there was volatile doorslammer division became a professional category.

What we know of the incident per noted drag racing historian Bret Kepner’s unbelievable ability to get details is this race was on January 4, 2020, at the Masterton (NZ) Motorplex. Ryan Sheldon’s injected fuel Chevy-powered 1958 Plymouth Fury and Mike Wilson’s blown alcohol small-block Chevy-powered 1969 Ford Capri in the opening pair of eliminations during the very first round of Dragstalgia eliminations.