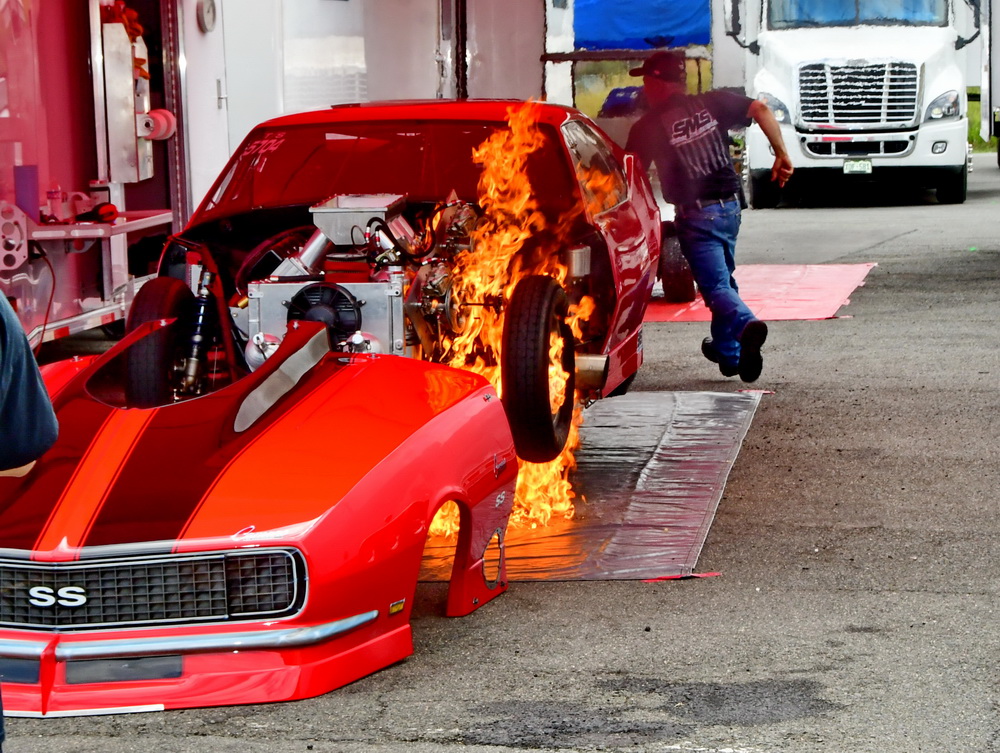 Top Sportsman driver Roy L. Trees has been competing “forever” in drag racing and Saturday afternoon at the World Series of Pro Mod event at Bandimere Speedway in Morrison, Colo., near Denver, he experienced an unfortunate first.

Trees’ trouble happened when he prepared to start his 1968 Camaro in the pits.

Trees said this is the first year he was serious about racing the Camaro.

“We were having a pretty good weekend,” Trees said. “We were qualified 10th and down in the 6s a ways but it is what it is. It was bizarre. I was sitting there, and it just blew the top of the manifold. When I saw that fireball, I knew I had to get it together. Obviously, there was a bunch of fuel down in the cylinder somewhere. As soon as I hit the ignition switch on it set it off. I didn’t even start to turn it over. It was a freaky deal.”

Trees jumped out of his Camaro and grabbed a fire extinguisher out of his trailer and put the fire out.

“We will get this fixed,” Trees said. “This is just racing. It just wasn’t my day (Saturday).”