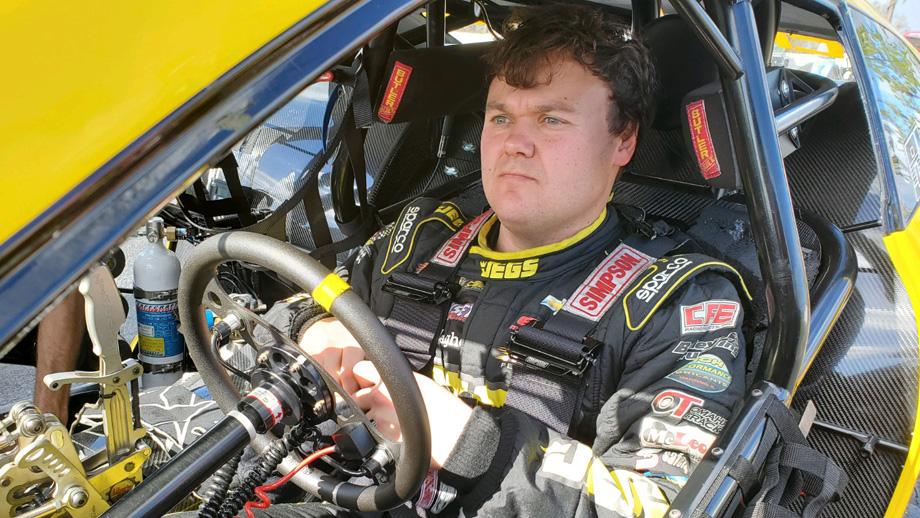 Troy Coughlin Jr. has proven over the years that he can drive numerous types of cars on the dragstrip.

Coughlin, however, acknowledged competing in his first season in NHRA’s Pro Stock class in 2020 wasn’t a simple transition.

“The learning experience driving a Pro Stock car is unreal,” said Coughlin, 30. “It is such a challenging car to drive and compete in and be really good in a Pro Stock car. It makes you really respect all those drivers out there like Erica (Enders) and Greg (Anderson) and my uncle Jeg (Coughlin) and how good they really are. You’re trying to shift on time with the shift light and keep this thing in the groove and you’re trying to make your moves as consistent as possible. It’s a lot more challenging. There’s more going on in the cockpit of a Pro Stock car.”

Troy Jr. had a 5-7 elimination round record last season, highlighted by advancing to the finals of Indy 3 before losing to his uncle Jeg. He finished 13th in the point standings while driving for Elite Motorsports.

“A lot of my success is due to having such awesome people with me and great equipment,” Troy said. “I have been very lucky to have those two main ingredients with my success. Really, I think the biggest learning curve for me is just shifting on time and getting a good rhythm with the car and feeling the car and having good feedback with my crew chief Rickie Jones.

“I think that’s the biggest adjustment is there are so many more things going on inside and there’s more to feel. I just need to get used to the way the car feels and the different scenarios these cars get themselves into and just learning how to respond and learning how to get better each run.”

In 2021, Troy Jr. said he will behind the wheel of the Camaro his uncle Jeg drove last year for Elite Motorsports.

Jeg retired from driving full-time after the 2020 season. He finished third in the points standings and won two races – the Winternationals in Pomona, Calif., and Indy 3.

“Nothing beats drag racing,” Troy Jr. said. “Just to be out there at the dragstrip is such a great family sport. I get to be out there with my family and Elite Motorsports is pretty much a family and it is an honor to be out there and represent Jeg’s and my family. I’m extremely excited. There are almost no words for it. If only the first day of the season could be tomorrow.”

“I think we are likely going to go to Orlando to compete in the (Drag Race Illustrated World) Doorslammer Nationals (March 5-7) before we go to Gainesville,” Coughlin said.

Being a part of the rich racing history of the Coughlin family is something Troy Jr. embraces.

“You can’t look at it as pressure, you have to look at it as opportunity,” Troy Jr. said. “It is a great platform to go and advertise an excellent business and a chance to compete. I have been raised in a competitive environment between living in Columbus, Ohio, and being raised here at Jeg’s; we love to compete. It is a fantastic opportunity and thanks to my uncle Jeg and my father and his brothers and my grandfather, Jeg Sr., I get to exercise that dream and love to compete on such a stage as NHRA Pro Stock drag racing.”

In addition to Pro Stock, Troy said he may drive in some high-dollar bracket races during the upcoming season.

“With those races, I can go compete with my sister Paige and my younger cousin, Makenna,” Troy Jr. said. “My other younger cousins, Jack and Clay, my uncle Mike’s two sons, are going to start racing this year as well, so you will pretty much see us all out there.”

According to Troy Jr., there will be another addition to the Coughlin family soon. He and his wife, Brenna, are expecting their first child, a girl, in February.