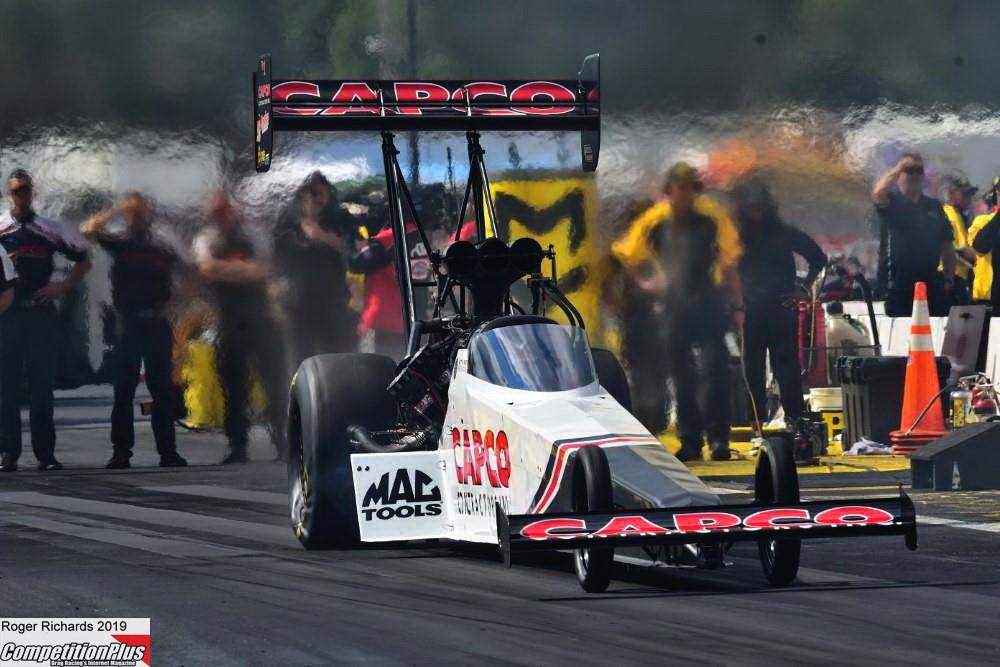 It takes a lot to surprise Steve Torrence these days.

But that was exactly the position Torrence found himself in on Friday as the defending Top Fuel world champion rocketed to the top of the charts on a run that he felt wasn’t even close to the best on day one at the 38th annual Lucas Oil NHRA Nationals at Brainerd International Raceway.

“It was really a pretty special run. We were able to go out there and be the last pair with my dad and, when you have two Capco cars out there, whether it is the final round, a first round, or qualifying, it is pretty neat,” Torrence said. “We go up there and just watched (Mike) Salinas go 74 in the right lane, which was really impressive being that there were hardly any cars go down that lane, and then you see (crew chief) Richard Hogan with his little smirk and get in there and turn some knobs. I didn’t know if it would make it, but I was really proud that it did.

“It didn’t feel as quick as what it ran. It felt a little soft early, but felt good in the middle and towards the end. Typically I can look up and see the scoreboards, but with the sun behind us I couldn’t. So when they said what it ran it surprised me.”

Torrence’s 3.738-second pass at 328.70 mph in the Capco Contractors dragster was good enough to give the Texan the provisional top spot and a shot at his fourth No. 1 qualifier of the season if his time holds on Saturday.

“I knew that we had made the adjustments back in the pits before we came up here to try to go No. 1, and then seeing Hogan get in the box and knowing what had transpired before us, I knew he was being more aggressive,” Torrence said. “I thought it was good enough to go No. 1 if it stuck, it just didn’t feel like that.”

If his time holds on Saturday it will be Torrence’s first top qualifier award since Denver as he tries to get back on track following two surprising defeats in the last two races.

“We need to have something to build on. I think tomorrow is going to be really good conditions if the weathermen are correct, we will just see how that goes,” Torrence said. “This place is notorious for running quick. It is as quick as anywhere. But I think that this was a good starting point.”