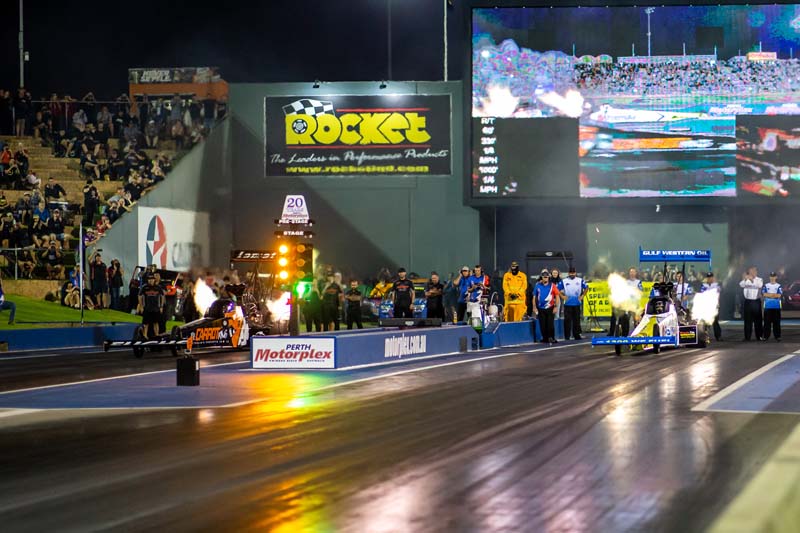 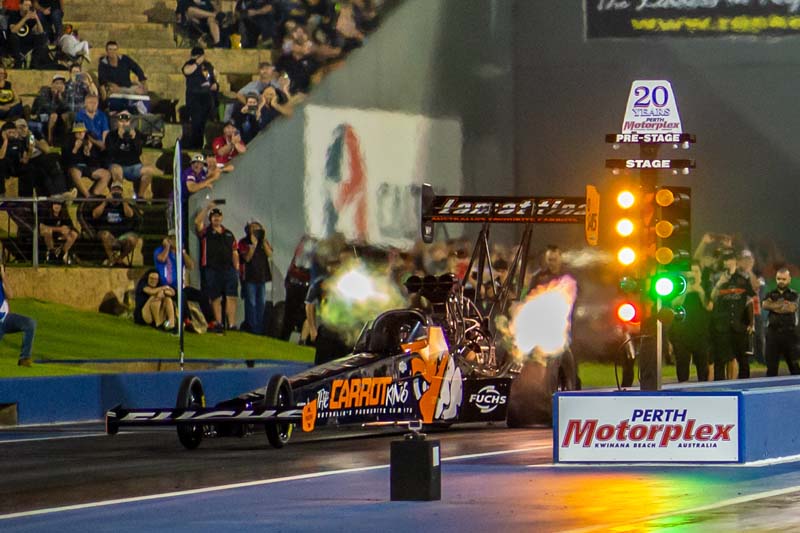 The East Coast duo also shredded the record books with Xiberras setting a new track record of 3.85 then on the final run of the day Lamattina clocked an ANDRA speed record of 314 mph.

“We had a terrific weekend,” said Lamattina. I love this place. We have been very successful here in the past. Anytime you get an achievement like the record is pretty handy, we don’t come here to do that sort of stuff, but if it happens while you’re focusing on putting on a show, then we will take it. I’m very happy that we were able to put on a great show for the fans and it’s more than likely that we will return to race in the future.”

Xiberras, making his debut at the venue said, “I had heard glowing reports about how great the Motorplex facility is, and it really did live up to expectations. I couldn’t believe the response we received from track management and race officials and the number of local racers and fans who called around to pass on their thanks for bringing Top Fuel back to the venue.” 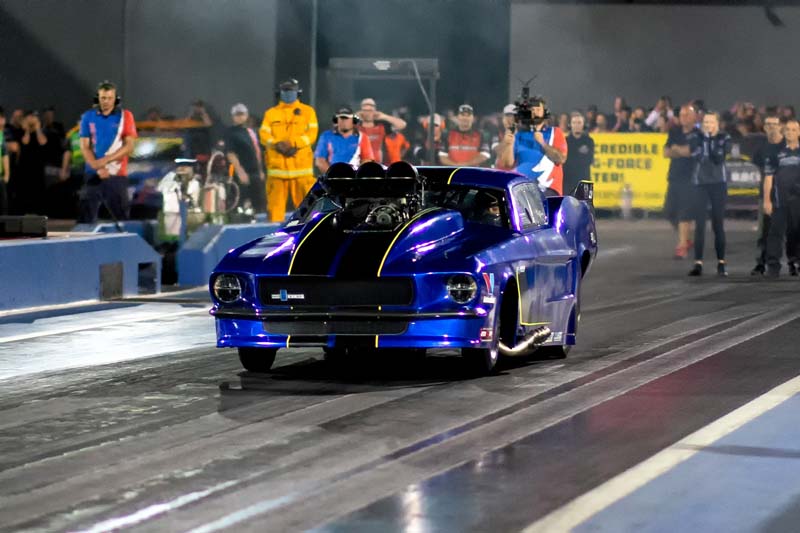 Unheralded local racer Marty Dack claimed his first ANDRA Gold Christmas tree when his opponent Mark Chapman was a no-show after damaging his engine in the semi-final.

It was a disappointing end for Chapman who came from seventh in qualifying then on race day was in scintillating form defeating last year’s winner Daniel Gregorini and ten-time ANDRA champion John Zappia on the way to the final.

Dack, qualified eighth, then cruised to the final after upsetting top qualifier Kelvin Lyle then underrated Steve Aldridge in the semi-final.