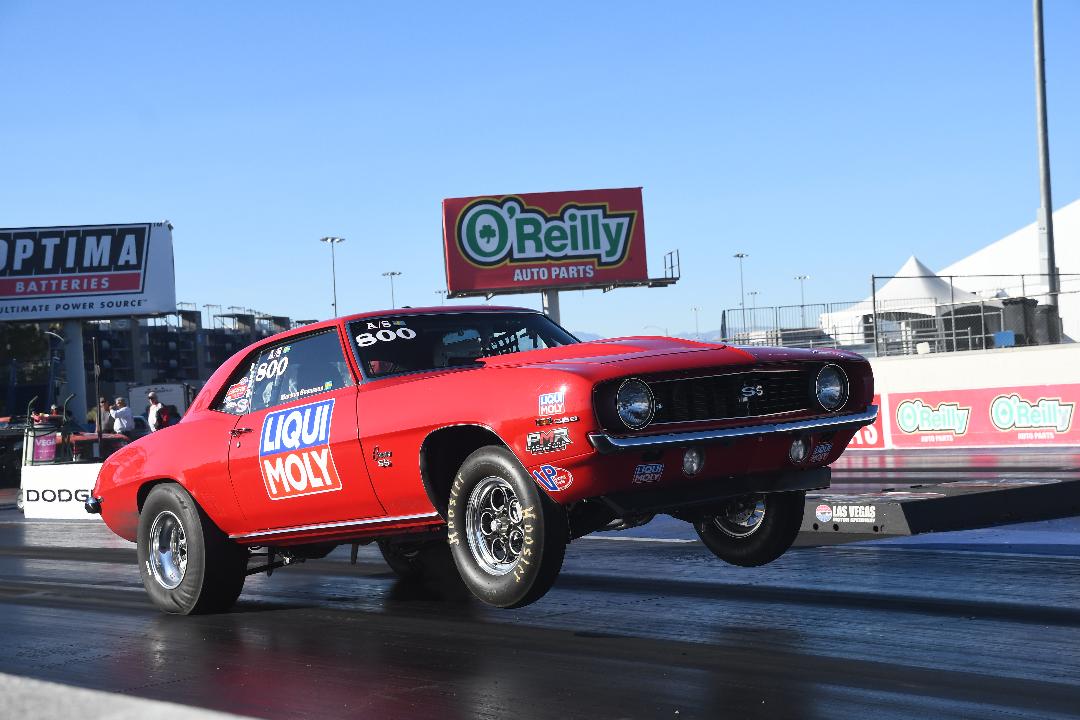 From the moment he saw his first drag race in Sweden, Markus Svensson knew that he was going to be involved in drag racing. It was love at first sight for the Swedish native and he made his dream a reality just a few short years later in 1979 when he took his first car down the track.

With standouts like Johnny Lindberg making names for themselves in the states, it should come as no surprise that drag racing has a strong foothold in Swedish culture. Svensson’s passion for the sport brought him to the U.S. in the nineties where he worked for a number of Pro Stock teams including George Marnell and Mike Thomas. While he enjoyed his work, the allure of the driver’s seat kept calling to him.

“I’m a Stock and Super Stock guy,” said Svensson. “But you can’t do that when you’re working professionally, because that takes up all the time.”

In 2005, he moved back to Sweden and started a clutch business. With five tracks less than two hours away from his home in Enanger, it’s a drag racer’s paradise. Svensson thinks that the reason why drag racing is so popular in his home country is because of the prevalence of American car dealerships and specifically, American muscle cars.

“Sweden is full of them. There's a treasure chest. And I think that has, you know, added to the drag racing.”

While his life and work are in Sweden, Svensson kept track of NHRA drag racing for years. Eventually, he decided he had to see what it was like to race Stock in the U.S.

“In 2015, I figured it was time to go back and see what I could do. So I just borrowed a car from Frank Grossi, ran that for a race, and then I figured, you know, maybe I should get something for myself. And I did.”

“I try to come over (to the U.S.) two or three times a year. It's a lot of travel, but sometimes you just feel the need to go somewhere else.”

Whether in Europe or North America, Svensson never loses sight of the fun aspect of drag racing.

“I’ve won a fair share of races, but that just puts me about two notches above lucky,” says the seasoned driver. “I mean, I know how to do this on paper, executing is a different story. I don’t really have expectations. I’m just going to go out and do my best. If I have a good day, I have a good day. If not, it’s not the end of the world, you know.”