THE MILESTONES KEEP FLOWING FOR HIGHT WITH CHARLOTTE WIN 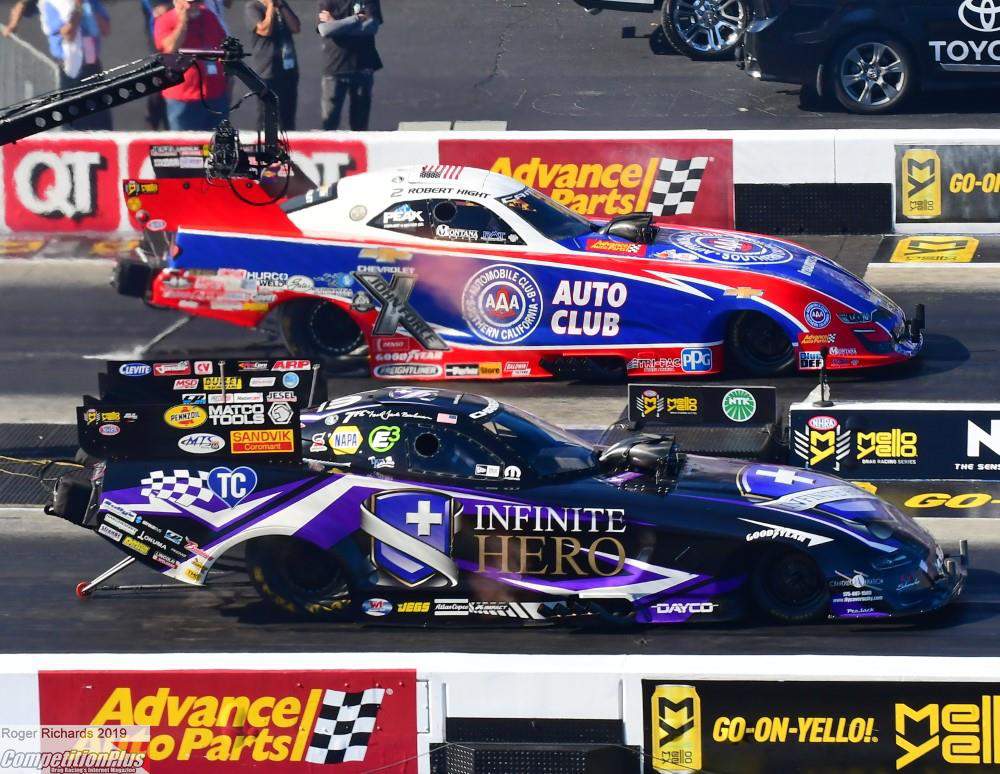 The milestones keep coming for Robert Hight, quicker than he can keep track of them. The day after the NTK NHRA Carolinas Nationals was scheduled to run final eliminations, Hight picked up his 51st national event victory and 500th round win in one fell swoop.

Hight knocked off No. 1 qualifier Jack Beckman to take home the rain-delayed title. This was the culmination of a day that started off tough and got tougher as it went along. 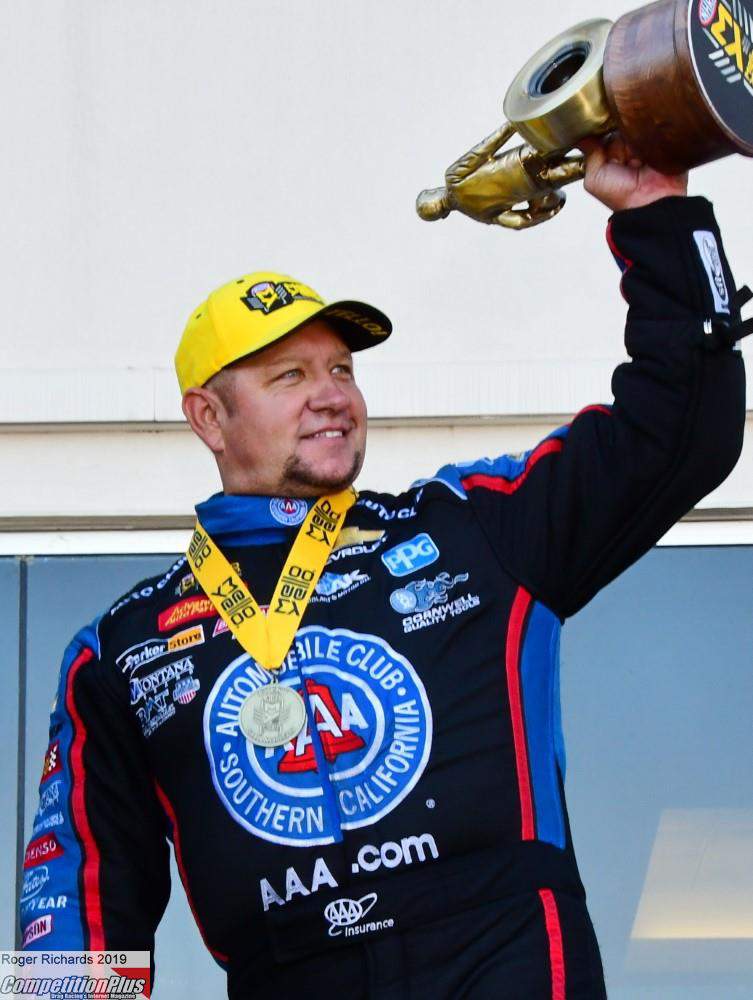 “It doesn’t get any tougher than what I faced today,” Hight said. “You look at [Mike] McIntire first round ran a 3.97. He actually had the quickest run in the right lane for Funny Car first round. So if we had just slipped up a little, he would have got us first round and we would have been out of there. That team, it was pretty cool to see those guys at the other end. They were pretty excited.

“But then when you start getting with Tim Wilkerson, Matt Hagan and Beckman, boy, that’s a long day. It’s hard work, but the Auto Club Chevy team really pulled together, did a good job. We’ve changed some things over the last few races. We’ve kind of been struggling, but we went down the track every run here this weekend so, hats off, great job to Jimmy Prock and Chris Cunningham and all the Auto Club guys.”

Hight extended his championship point lead at the halfway mark of the Countdown, and it’s exactly where he wants to be. Monday’s win is the sixth this season.

“We can control our own destiny,” Hight said. “When you’re chasing somebody, you can’t control what they do. I want to be here, and I want to be here in a month from now. That’s the goal. But this was a good weekend for us. We got the points lead back last weekend in St. Louis, but to come out here and extend it, that’s what we have to keep doing every race. I’ve never won six races in my life, but right now I feel that I’m going to have to win eight to be the champ. So we’re up for it.”

There’s still a lot of season left, Hight cautions, too much to lift off the throttle. He’s not worried as long as his championship-winning team keeps forging ahead like they are.

“You know anything can happen with points and a half and the Funny Car class they’re so tight I mean top to bottom, it’s very, very close,” Hight said. “So anybody can win on any given weekend, and we just got to stay focused and work hard, and I know the whole team, this is all they want. We didn’t get it done last year. Went down to the last day and that’s all they want. They don’t even want to go home. They just want to stay on the road and get this race car prepared perfectly.”

Many of those crewmembers from the 2009 championship season are among those who want to stay on the road.

“You have to surround yourself with good people and continuity,” Hight said. “Torrence’s team, they stay together, that’s why they win all the races. There’s not a lot of turnover, and everybody works well together. I always joke that if any of my guys get thrown in jail, I’m gonna have to bail them all out at once because they’re going to be into it together.”

Steve Torrence has immeasurable respect for veteran Top Fuel racer Doug Kalitta. He appreciates all that he has done for the sport and looks up to the highly decorated racer as an icon in the sport. But at the end of the day, he still wants to beat him. - https://t.co/OYs2JO3Yl6 pic.twitter.com/ls5Yhzbf96