THE KING OF FUEL CLUTCHES WAS ALSO THE SON OF DESTRUCTION

Some might see Rob Boninfante as one of the most influential people in professional drag racing. After all, three of the most significant needs in fuel racing are tires, nitromethane, and clutches.

Rob serves as the driving force behind Boninfante Friction, the largest supplier of clutches for the fuel ranks.

The second-genertion manufacturer, who stands as one of the more colorful personalities in drag racing, purchased the brand from his father Nick Boninfante Sr. some years ago.

Long before Rob put on the suit and tie and took over the family business, however, he was quite the mischievous kid.

Nick Sr., more commonly known as Nitro Nick in the pits, first earned his drag racing fame as a significant player in East Coast Funny Car match racing in the 1970s with a BB/Funny Car known as the “U.S. Male.” He went on to field the 1989 IHRA championship-winning fuel Funny Car driven by RC Sherman.

Nitro Nick passed away in August 2015 from heart disease.

However, years before his death, the elder Boninfante participated in the CompetitionPlus.com War Stories Showdown, an event where drag racing personalities would share stories of life on the road, and the readers would judge those tales as part of a storytelling competition based on a competition ladder.

In January 2014, Nitro Nick told a story as part of the competition too good to be forgotten.

Nitro Nick told the story of the weekend his wife Charlotte, who, tired of dealing with Rob while he was off racing, sent their youngest son on the road with his dad.

It was a weekend he will never forget.

“I used to come home between races because we had to try and keep expenses down,” Nitro Nick explained. “So I would travel back and forth between national events, which we did for like 7 or 8 years. If hindsight is 20/20, I should have, on one particular weekend, spent the extra money and stayed on the road.

“So I came home after being on the road briefly, and it was in the summer. My wife greeted me at the door and without hesitation informed me, “You’ve got to take your son out with you because I can’t stand him anymore - he’s always getting into trouble. You’ve got to take him to the races with you.”

“Having your children on the road with you when they are young isn’t always conducive to having a productive weekend. But I figured to keep him out of trouble I’d take him on the road with me one particular weekend when we were racing in Canada.

“The moment we hit the road, my then ten-year-old son [Rob] started with me; he wanted to stay in the room with the crew. I put my foot down immediately, letting him know he was going to stay with me in my room. Eventually, he wore me down, and I relented. I figured the crew guys would look after him. Now you have to remember we were sleeping four to a room. 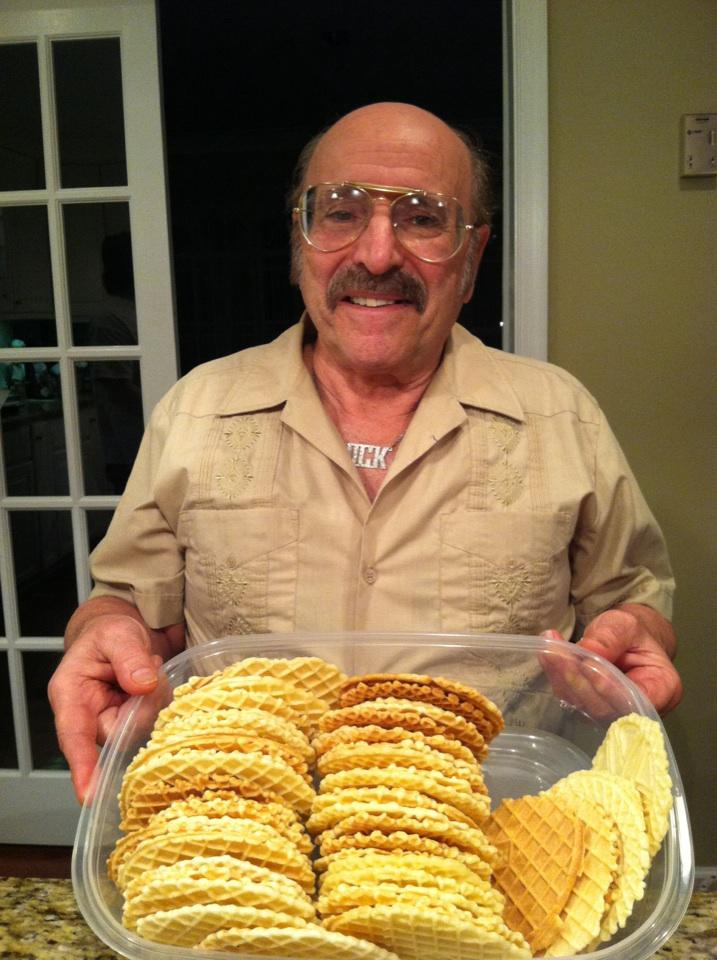 “It didn’t take long for me to realize I had made a big mistake. The very next morning, I heard a commotion out in the hall. There was a bunch of yelling and ruckus. I opened the door to see what was going on, and there’s my son walking right by me bare *ss naked. He ran down the hall and out the door, making a pathway around the pool. There were all kinds of people out there, including some ladies, and they were all screaming.

“Someone informed the hotel manager, and he’s out there giving chase up and down the halls. The ruckus caught the attention of one of the residents of the hotel, who opened his door and grabbed my son, pulling him inside of the room.

“The room which saved him from trouble was occupied by Worsham Racing. Well, they decided clothing was not optional and dressed him in some of their extra clothing, which included an XXX-sized tee shirt. They also put him in a pair of dungarees, which with the pant legs rolled up, looked like inner tubes wrapped around his legs.

“Let’s just say the breakfast table that morning was somewhat entertaining. We dressed Rob appropriately and headed out to the track, where he was fine until about 2 p.m. Then it all broke loose again. So I am standing there in the pits when all of a sudden I saw my mini-bike come flying by, and it appeared to be flying as fast as a fuel car with my son at the controls and holding on for dear life. Apparently, the crew guys had dared him to put nitro in the tank of the pit bike, telling him it would make it run faster. No sooner had he come flying by than Topper [former head of security] on his big dresser bike came racing by in pursuit.

“Topper then put it to me like this, “If you don’t get that bike put away, we’re going to throw you out of the race.”

“I did finally get him corralled and put him in the trailer. To make sure I never had this issue again I tied him up. He didn’t leave my sight for the rest of the day. He did good sitting there. He was so good, in fact, that I turned him loose.”

“I should have known better. No sooner had I began to wonder where Rob had disappeared to I heard a loud “Boom!”

“Come to find out; he had been putting drops of nitro in soda cans, shaking them up and lighting them. The cans exploded.

“It turned out that just like the butt-naked incident, the crew had encouraged him to do this experiment. Somehow we managed our way through the day without further incident. That is until, as I later found out, they triple-dog-dared him to light the empty nitro cans with a lot of fizz in them, and they would probably fly like a rocket ship.

“A triple dog dare is something which I learned couldn’t be ignored. I only found out afterward that he had turned one of the nitro cans upside down, put a fuse on it soaked with gas. My son lit the fuse with Austin Coil as a witness. When that fuse hit the nitro, I swear to God, NASA couldn’t have sent a rocket off that straight. I have never seen anything like it in my life.

“Coil could only stand there and say, “Oh my God - it disappeared.”

“He was right. It became a little dot in the sky. Then all of a sudden, we realized, ‘uh-oh, here it comes. Of course, it came flying back down, and it bounced off one of the race car trailers, and that was it.

“I grabbed him and fighting the urge to tie him up and throw him in the back of the car, I took him straight home. I drove from Canada back to Philly and got rid of him because I couldn’t take it for another minute. I told my wife, ‘Just give him to the police and let them lock him up because we just couldn’t deal with it anymore.”

And there you have it, the story of one of drag racing’s more colorful behind-the-scenes personalities.