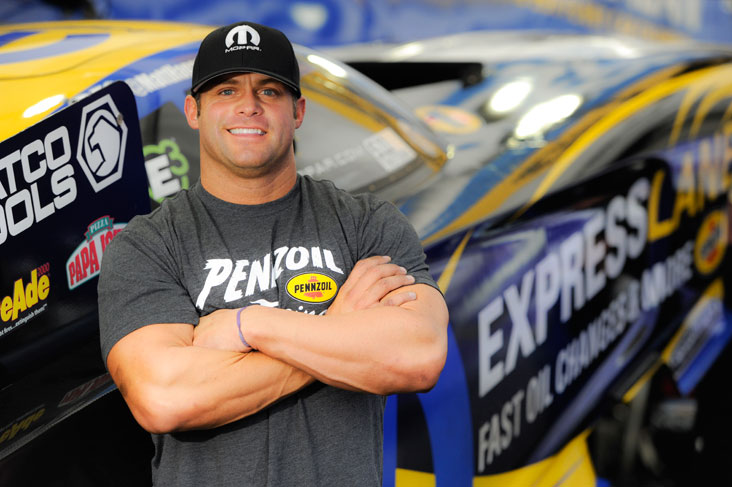 Matt Hagan knew the enormity of the situation headed into race day.

Hagan was one of three drivers with a strong chance to win the 2020 NHRA Funny Car championship, and the Christiansburg, Va.-based competitor was in the driver's seat to score it all.

He didn't need this title for the prestige or to pad his resume. Nor did he need it for job security.

Hagan needed to win this one for his brother Kyle and gain a measure of closure in losing his younger sibling.

Kyle, 32, passed away on January 8, 2016, suddenly in his sleep. Since then, Hagan has tried to win a championship in memory of Kyle, who was going through a very rough patch in his life; one that the Funny Car champion didn't know how to help his sibling fight through. 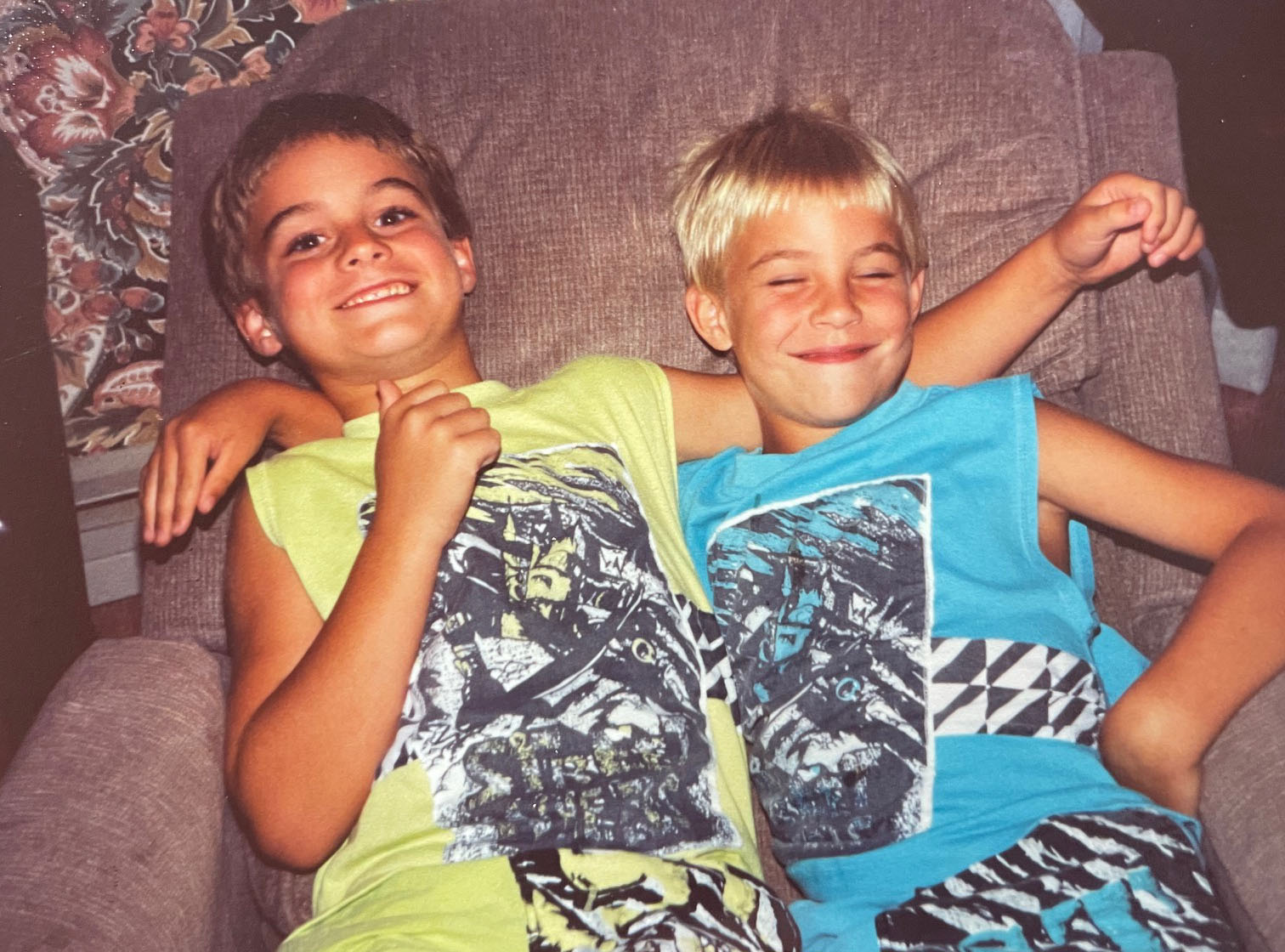 "Growing up, we fought like cats and dogs, as most brothers do," Hagan said. "I had always been playing sports and some different things like that, and he'd always tried to, but he had scoliosis. He had almost a 90-degree curvature of his spine, which basically makes your head feel like it's six pounds heavier than normal. And it just makes things more challenging to get around and do stuff. He lived more of a reserved life than I did."

"He still tried. He wanted to play but was really challenged to do that, so we got into cars together and started drag racing a little bit here and there. My fondest memories with him were going to Elk Creek drag strip and being able to race with him.

"But as he got a little older, it got even more challenging just to even drag race. He had a hard time just kind of sitting up and sleeping and moving around and stuff. So racing or any type of physical activity or something that's stressful on your body became challenging for him."

This is the point Hagan said life for his brother became overwhelmingly difficult and spiraled out of control until it inevitably took his life. 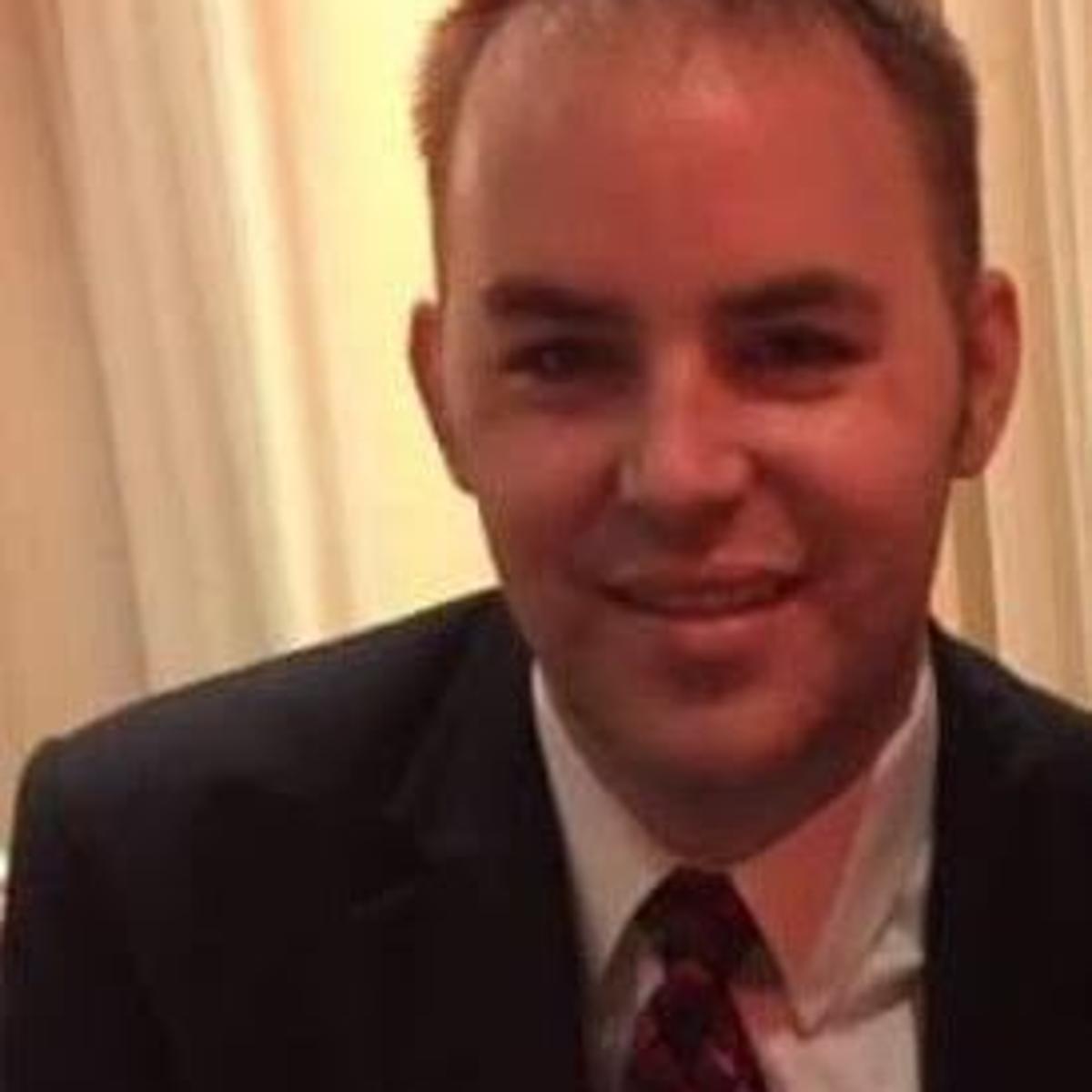 Hagan believes speaking publicly about the experience very well could help someone in a similar situation.

Kyle's scoliosis took a turn for the worse as he got older.

Hagan confirmed Kyle went through a 13-hour procedure where doctors implemented as much as nine pounds of titanium, even going as far as where each rib was connected to vertebrae via a titanium brace.

"It kind of got him straightened up," Hagan said. "I really thought that that was the turning point in his life where everything was going to be really good. He did the physical therapy, and he could get going and moving around and stuff, but it was actually the downside to his life."

Kyle became addicted to prescription medicine, initially prescribed to counter pain from the medical procedure. Long after he should have been off of Oxycotin, the prescriptions kept coming, and the addiction took over his life. 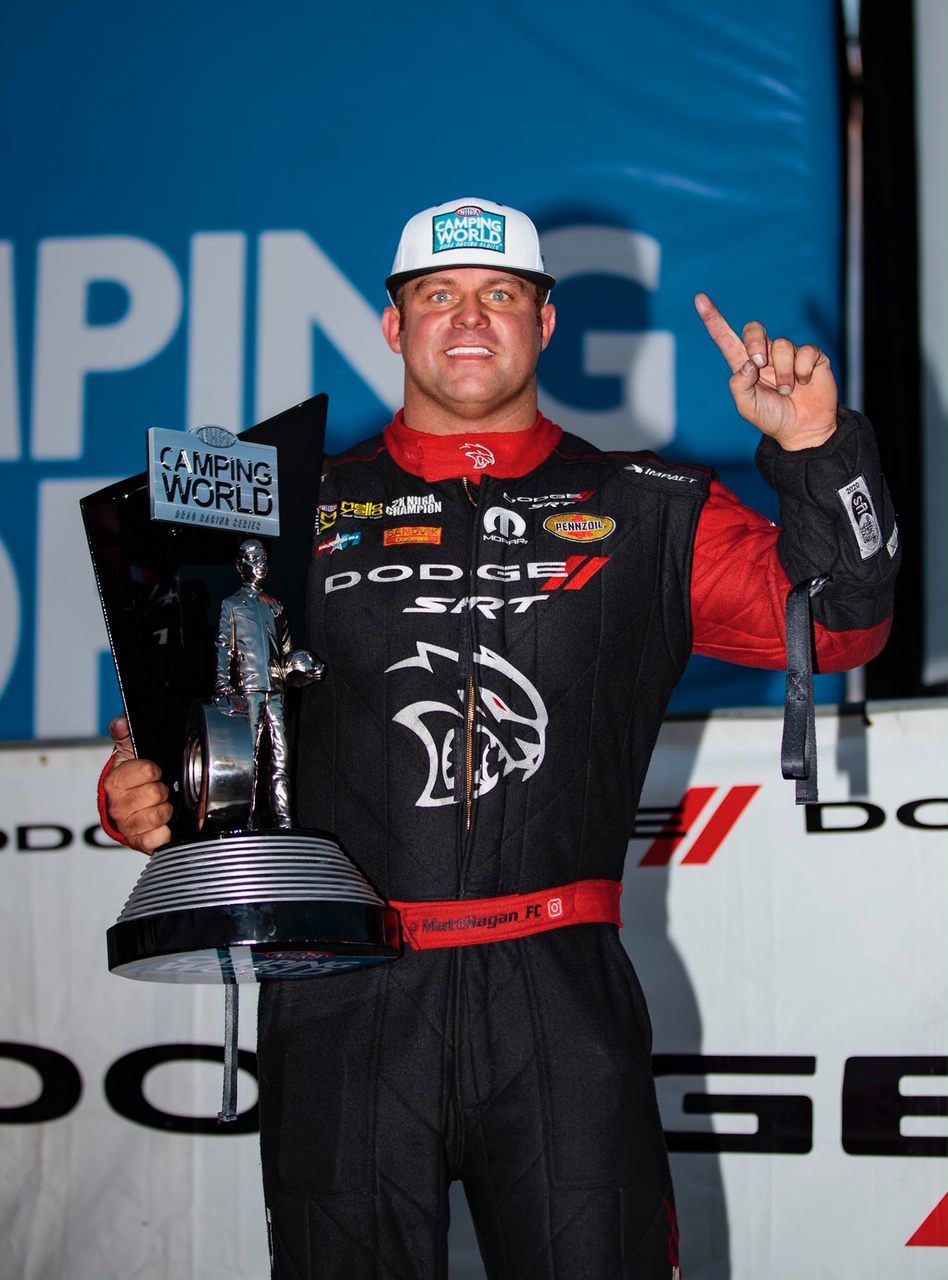 "He went from him being a normal guy and being able to carry on conversations and do stuff and enjoy life to where he couldn't even hardly talk because he was so heavily medicated," Hagan recalled. "Because he was an adult, it's basically between him and a doctor what he's allowed to have and not have. He just wanted to lay around and be on these OxyContin and these medications.

"I know on one occasion, I pulled him off to the side and said, 'Kyle, you can't keep doing this."

Kyle went off to rehab on multiple occasions but could not break the monster grip the opioid addiction held over his life.

"I watched that drug take hold of my brother," Hagan said. "It got to the point where he was lying around so much he ended up with pneumonia in his lungs from where he was just all on these drugs and lying at home. The pneumonia, on top of the OxyContin, basically shut his lungs down. He went to sleep one night and never woke back up.

"You can't wrap your head around how within those three years of being on these OxyContins for pain management, and all the while prescribed, killed him. It blows me away that that happened."

Hagan regretfully admits he didn't understand the grip the opioid had on Kyle. He resorted to tough love, in this case, hoping it would inspire Kyle.

Hagan admits he didn't understand the full scale of addiction. "After he had passed, I did some research on OxyContin and opioids and different things like that," Hagan explained. "It actually blocks the dopamine and the serotonin in your brain. So that opioid receptor basically blocks you from making any dopamine, which is a feel-good or a stimulant to get up and go and have the drive and do something.

"That's why they put people on suboxone. Basically, suboxone allows dopamine to be made back in your brain and gives you the feeling of the opioid. 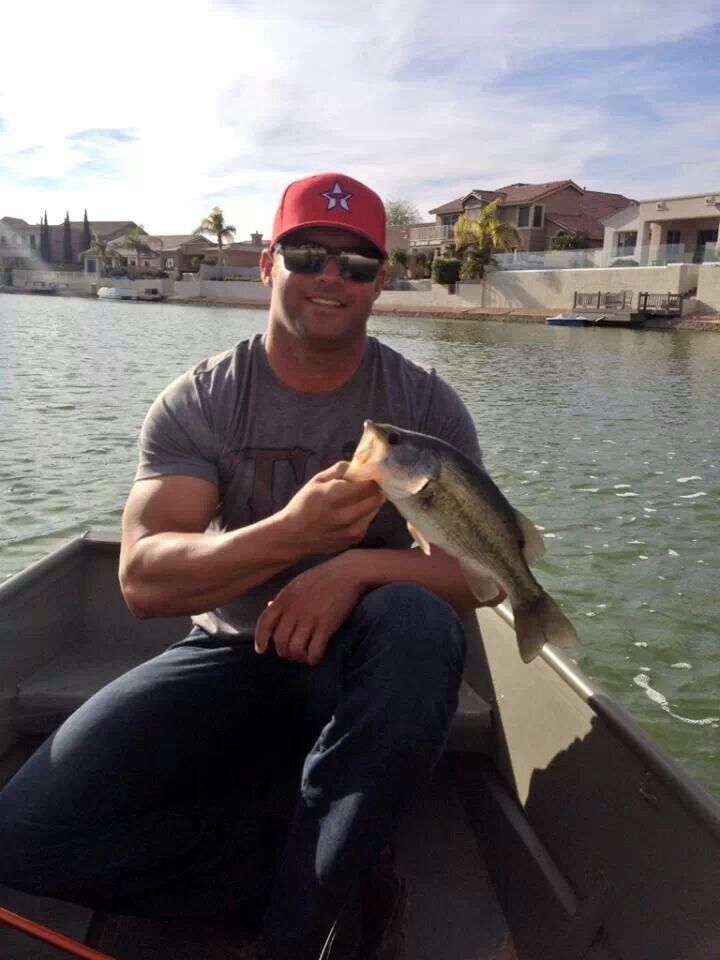 "I was very mad until I did my research about why the addiction is so strong and why people can't get off of it. Why it killed my brother and why he allowed it to kill him, and why he was on his drugs like this. After I educated myself a little bit, I had a better understanding of how powerful that drug is and how many people are struggling with it out there today.

It is estimated that over 2 million people in the United States alone have some measure of opioid addiction. As many as 128 people die daily, according to the latest drugabuse.gov study. While Kyle didn't overdose, it was likely the damage had already been done.

Hagan admits he was reluctant to speak of what transpired to the general public. He tried his best to distance his brother's name from the stigma associated with addiction. But today, Hagan views the unfortunate set of circumstances differently. If he can just keep one person from avoiding the pain and heartbreak of Kyle's experience, the message is a success.

"Understanding it doesn't make it any easier, and I'm still not at rest with it," Hagan admitted. "I think this championship for me, was something that you want to remember him in a certain way, and kind of put things out there. It's tough because you don't want to talk about it, but you do because you need to have closure with some things. And for me, it was a lot. It helped me with closure with him and being able to work hard for him behind the scenes.

"It's something I've been working hard for, for several years to honor him and his name. It's tough because I watched this stuff take hold of him. And that's all he cared about was going back to that doctor and getting those pills. I think it's a serious addiction that a lot of people struggle with and has ruined a lot of people's families and a lot of lives." 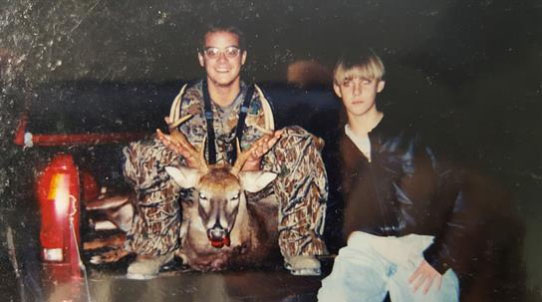 Hagan has already committed to getting more involved in the fight against the opioid crisis once his life slows down.

"I want to put in or try to help in support of some type of suboxone clinic, or do something for the community," Hagan said. "It's a real epidemic of how this drug and others like it are killing people daily. It was a real eye-opener for me that it touches so many people's families and so many people's lives and touched our lives. It changed my life forever. I look back at these memories and different things, but it's just you look at also what you can do to try to help people with that kind of stuff.

"There's no great answer. I'd like to sit here and say, 'Well, we're going to do this or that."

"I was very resentful, and I was very like, 'You put my family through this, and my mom and dad," Hagan said. "I wish I would've known more about it other than going like, 'Well, he's on pain pills, and a doctor's watching him, and everything should be whatever." 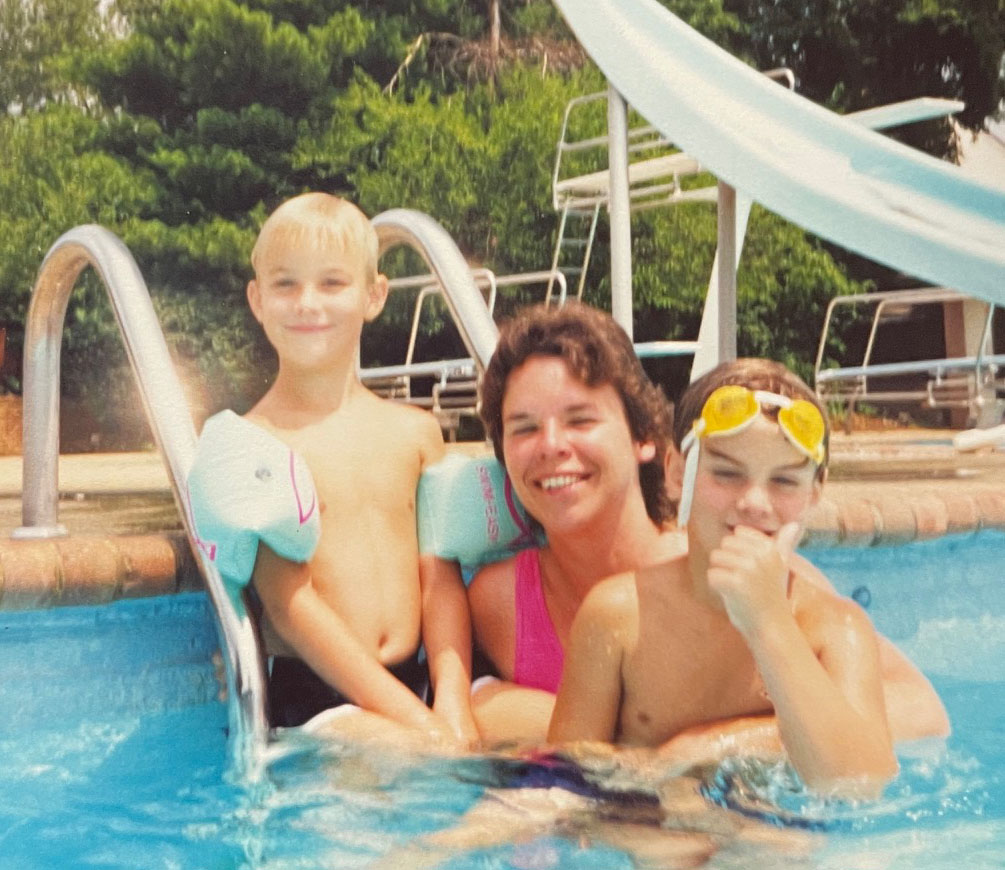 "It wasn't the case. Kyle was on a dose that was high enough for a terminally ill cancer patient. It wasn't like he was just taking a couple a day. He was getting massive amounts of OxyContin. And it just shouldn't have been allowed."

"It's just tough to know that it was a f'ing pain killer that took him at 32. It's just eye-opening, and it's a sad story. But it's one of those things where I think there are more people out there dealing with that kind of stuff and don't even know that they're addicted to it or that it can kill you that fast. I just hope somebody can take from my family's experience.

"I have gained some closure with it, and I've needed that. To be able to really represent him in a good way in a rough situation. is something I'm proud of.

Hagan paused for a moment and continued.

"Kyle, I'm very proud to have been your big brother."