STEVIE FAST MIGHT BE SUPERCHARGED, BUT HE'S NITROUS AT HEART 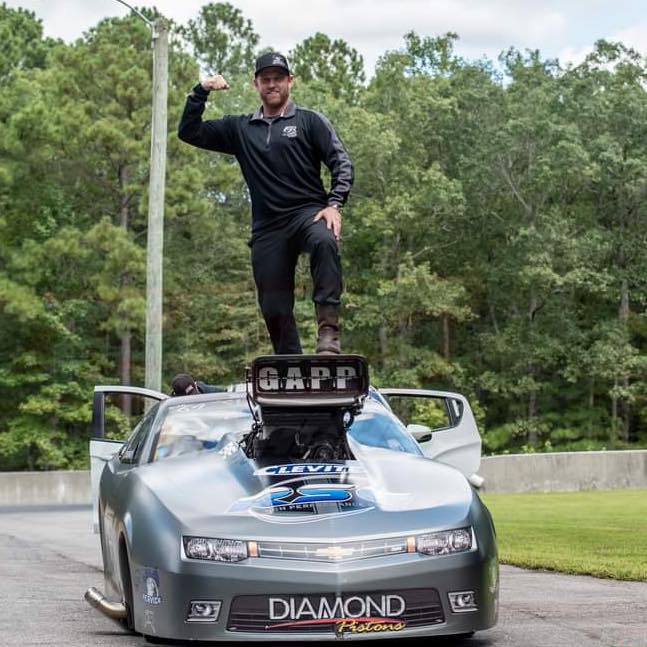 The beginning of the road to earning the nickname "Fast" for two-time NHRA Pro Modified champion Steve Jackson started with a 383 stroker engine in a pick-up truck.

Jackson is best known for his exploits behind the wheel of supercharged combinations, but isn't primarily known is his background with nitrous-injected engines and what led to him becoming presently one of the top nitrous tuners in the game despite not driving one.

To tell the story, we must go back to the 1990s. Then 16 years old and working at a gas station, Jackson got a hankering to put nitrous oxide on his Chevy truck. so he went to Tim Taylor, his manager at the Smith's Chevron Service Station with an exciting proposition.

"I would put nitrous on it, but I don't have any money," Jackson recalled.

Taylor shook his head and smiled at the kid who worked hard and was ambitious.

"Well, I've got a buddy of mine who might have some used stuff laying around," Taylor said. "Let's go over to his shop after work, and we'll take a look."

The visit netted the teenager a makeshift nitrous kit, a two solenoid system. 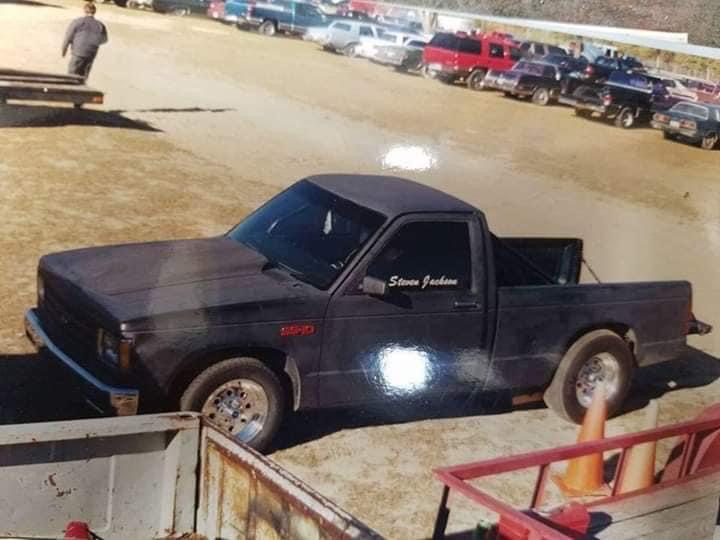 Immediately, Jackson began his early lesson on drag racing ingenuity, a skill that has served him well.

"We ratchet strapped the bottle behind the seat of the truck; put me a headlight switch on the floor that I could get my left foot and put, I think, a 125 shot in it or something," Jackson explained. "From then on, the first time I hit it, I was hooked on nitrous racing. I think two weeks later I had a plate and a fogger on it. And a week after that, I had melted the block into a thousand pieces."

Jackson learned another valuable lesson if you intend to live outside of being conventional, be prepared to experience your creations being blown to smithereens.

"You have destroyed internal combustion engines in a way that the casual fan just can't understand," Jackson said. "These days, you can read a lot about nitrous oxide injection and how it works. Back then, we just figured it out. There was trial and error. There were no books. There were no flow sheets. There was no one you could call. It was you get you some hardware parts, or you go over to Compucar in North Augusta and screw together some plumbing fittings and just see what works.

"I remember burning pistons and just looking at it and say, 'Okay, this doesn't work. Let's try something different."

"I was hooked on nitrous racing, but I found its limitations," Jackson explained. "Then we started modifying engines to make it more nitrous friendly. Step forward several years; there's a lot of people that never get credit for my success. I used to sell tools to Brian Morris, and I'd go over to his shop. I would sell tools. I mean, I'd sell him tools, but really we'd B.S. about nitrous motors for two hours. Before that we used to work at Lincoln-Mercury together."

Jackson also crossed paths with Phil Shuler, who had built a reputation working with Scotty Cannon, and Brandon Switzer, who helped educate the up and coming champion. Then came along Billy Stocklin, whose experience working with Doug Reisterer pushed him to the forefront of nitrous tuners.

As Jackson puts it, Stocklin took him to "nitrous school."

"I really took a little bit of what everyone taught me and combined for my own style," Jackson admitted. "Some of it works, some of it doesn't, and then you kind of put your own spin of who I'd like to call my craft on it. What made me successful in nitrous racing when I got serious about it was when me and Billy Stockland went from nitrous racing and Billy Stockland taught me how to take notes."

Jackson smiles as he recalls getting to know Stocklin during his first trip to Qatar while racing his radial-tire Super Street Mustang.

At the time, Sheikh Khalid al-Thani had an untamable Pro Modified car that no one could seem to get the car from one end of the track to the other; even the most seasoned drivers couldn't and didn't want to.

The Sheikh challenged Stocklin and Jackson that if they could get the car from one end of the track to the other, and in the 3.70s range, they would have a full-time ride in the United States the next season.

Stocklin and his bottle rocket protege Jackson took a stab at the ADRL Pro Nitrous division, where the talented doorslammer drivers' brash style fit right in amongst some of the other outspoken drivers. It didn't take long for him to get the hang of fast nitrous doorslammer racing, winning the 2013 ADRL Pro Nitrous series championship in his rookie season.

Stocklin and Jackson became a potent one-two punch, as Jackson would set the car up and Stocklin would make it go faster than fast.

"I've always been able to take a race car, and Billy will tell you this, I can iron a race car out faster than anybody I know on the planet," Jackson explained. "If you got two or three runs, and you got to go to the top of the field, you just need to stand back and give me some tools and let me go. But Billy taught me how to take notes of all those changes and be able to step back when things had changed and get back to where you were."

Eventually, Jackson gravitated towards the supercharged combination because of his involvement with the Shadow Radial vs. The World car. Little did he know, his success with the blown car would send him right back to perfecting his nitrous combination.

"There was so much talk about the nitrous combinations being not competitive anymore, or don't run it, or it's not relevant," Jackson said, reflecting on his decision to sell all of his nitrous stuff after 2018. "Everybody's selling all their nitrous cars; they were fixing to legislate rules against the blower cars, against us, continue to slow us down, where the nitrous cars could be relevant. I don't think anybody was in the 60s yet, in radial, or maybe one car, and most all the cars were in the 70s and 80s and blowing up all the time. Blower cars were in the 50s."

Then a call from radial promoter Donald Long lit a fire under him.

"He called me and said, 'We're going to have to slow you guys down again," Jackson recalled. "I just lost it. I told him, I was like, 'Man, this is bull crap. Just because the people that are running them don't know how to run them doesn't mean I should be punished."

Jackson began to establish the criteria for his making a pointed effort. 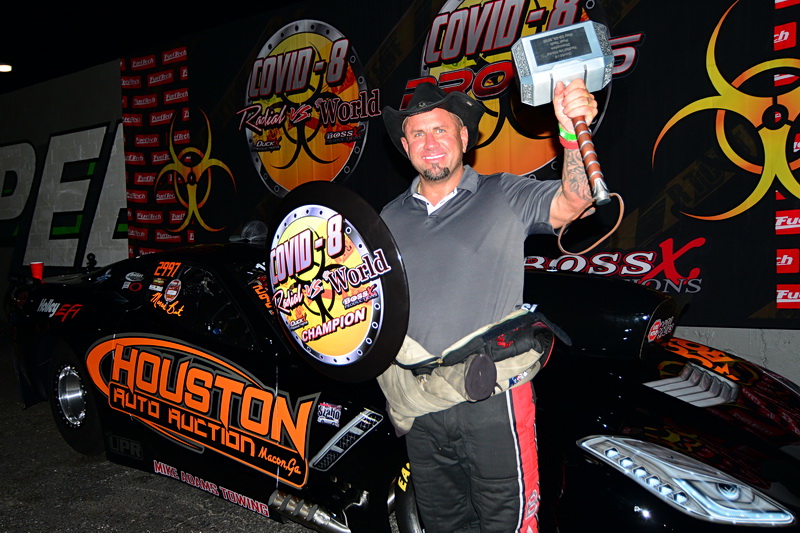 Enter Marcus Birt, a stone-cold rival of Jackson's going back to their grudge racing days.

"You got to realize, me and Marcus Birt used to hate each other," Jackson admitted. "We grudge-raced each other, and I beat his eyeballs to death. That man paid me $10,000 in change one night at Macon. I don't know if you've ever weighed $10,000 in change, but I beat him. It had the front wheels off of our pit vehicle off the ground. It's heavy. It's hundreds and hundreds of pounds. We had a very heated rivalry."

The only thing Jackson has more talent than driving a race car is being a smooth talker. For Jackson, it wasn't just talk. He planned to deliver on everything even though Birt had his reservations.

"I made a deal with him. I said, 'I tell you what. You are just going to have to trust me. I need you to bring the car to my shop. I need two weeks with it and we are going to take it out and it's going to be the fastest one that there ever was in the world."

"He said, "Okaaaaaaaaaaay." No questions, but I could see him laughing.

"I said, "I don't want to hear anything; you just trust me."

Jackson and Birt went to the track, and by the fourth run, unleashed a 3.69 at over 200 miles per hour, one of the quickest runs for the combination at the time. Weeks later, the car went the quickest nitrous pass in the RVW with a 3.604.

Birt did so without burning a piston and even upped the ante with a 3.55.

Then came No Mercy 10, and the team failed to make the cut despite having the quickest nitrous RVW car in the world.

"Any of us that do this for a living, especially people who tune cars for a living, as much as we don't admit it, we've all had an ego," Jackson said. "That crushed my ego." 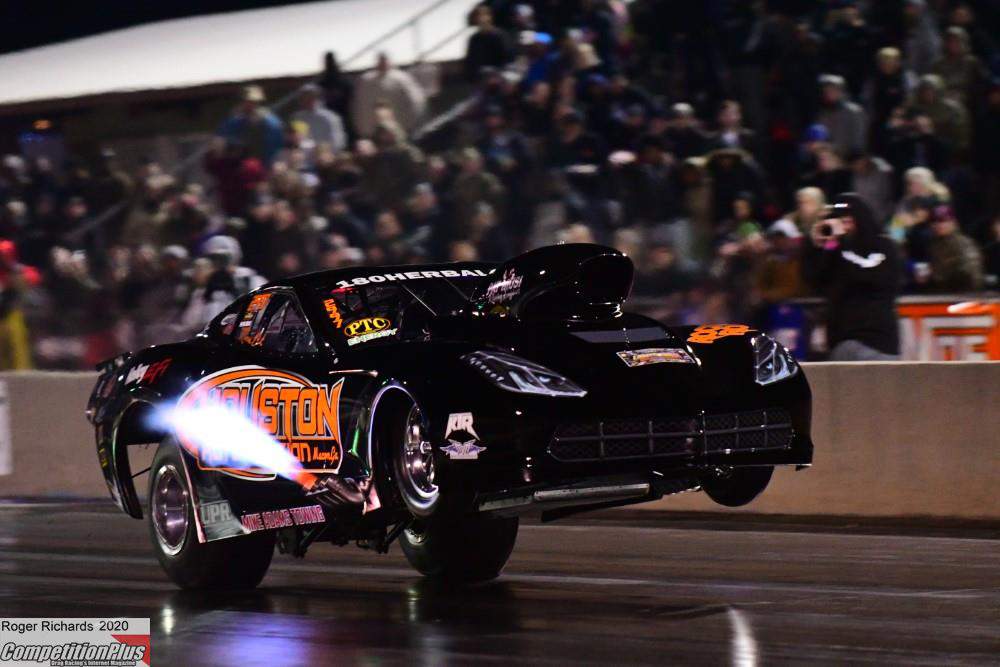 The issue was a wiring problem the team couldn't solve in time.

This would not be an issue in 2020 as Birt reached the finals of the U.S. Street Nationals in Bradenton, Fla., dropping a tough match against Jackson.

Jackson and Birt came to the Lights Out 11 event expecting the car to fly, and it did, literally. On a qualifying pass, Birt's Corvette pulled a wheelstand, which eventually caused the car to go airborne, and come crashing down to the earth.

Jackson and Birt were gunning to become the first nitrous car into the 3.40s.

"I was trying to get it in the .870s to .880s in the 60-foot," Jackson admitted. "I thought if I did that, we could run 3.49. So anytime you try to run faster than you've ever done, you are going to have a way set up for that. It ended up getting a pretty good 60-foot, picked the front end up, it was probably as spectacular as it looked. From the way I run this car, it was probably 10 pounds on the nose away from making the run and setting the record.

"It flew through the air like an airplane, smashed down, bent the whole thing up. It had to be because of our ego as tuners. We are always trying to reach up and grab something that we haven't got before."

Following the incident, Birt broke through with his first career Radial vs. The World win at the Covid-8 in Orlando, Fla., and then the pandemic-delayed Sweet 16 in Valdosta, Ga. 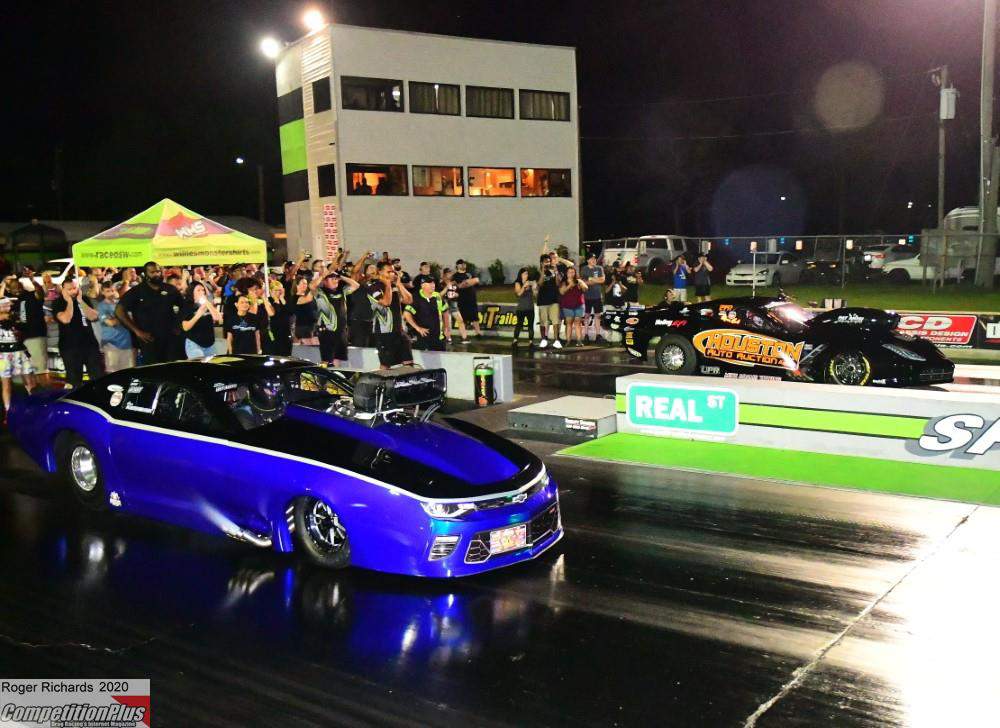 For Jackson, he proved his point making his walk as potent as his talk.

All this will likely do, according to Jackson, is stir up the rivalry between him and crew chief Stocklin.

"Billy and I sit beside each other in my office, and he's tuning the car that I drive, And I'm tuning Marcus' car, and we're normally competing against in the final," Jackson said. "The back and forth banter between him and me is priceless. Billy will tell me, 'I might kick your ass."

"And Billy will say, 'You're going to help me kick your ass."

And as Jackson sees it, he wins either way.