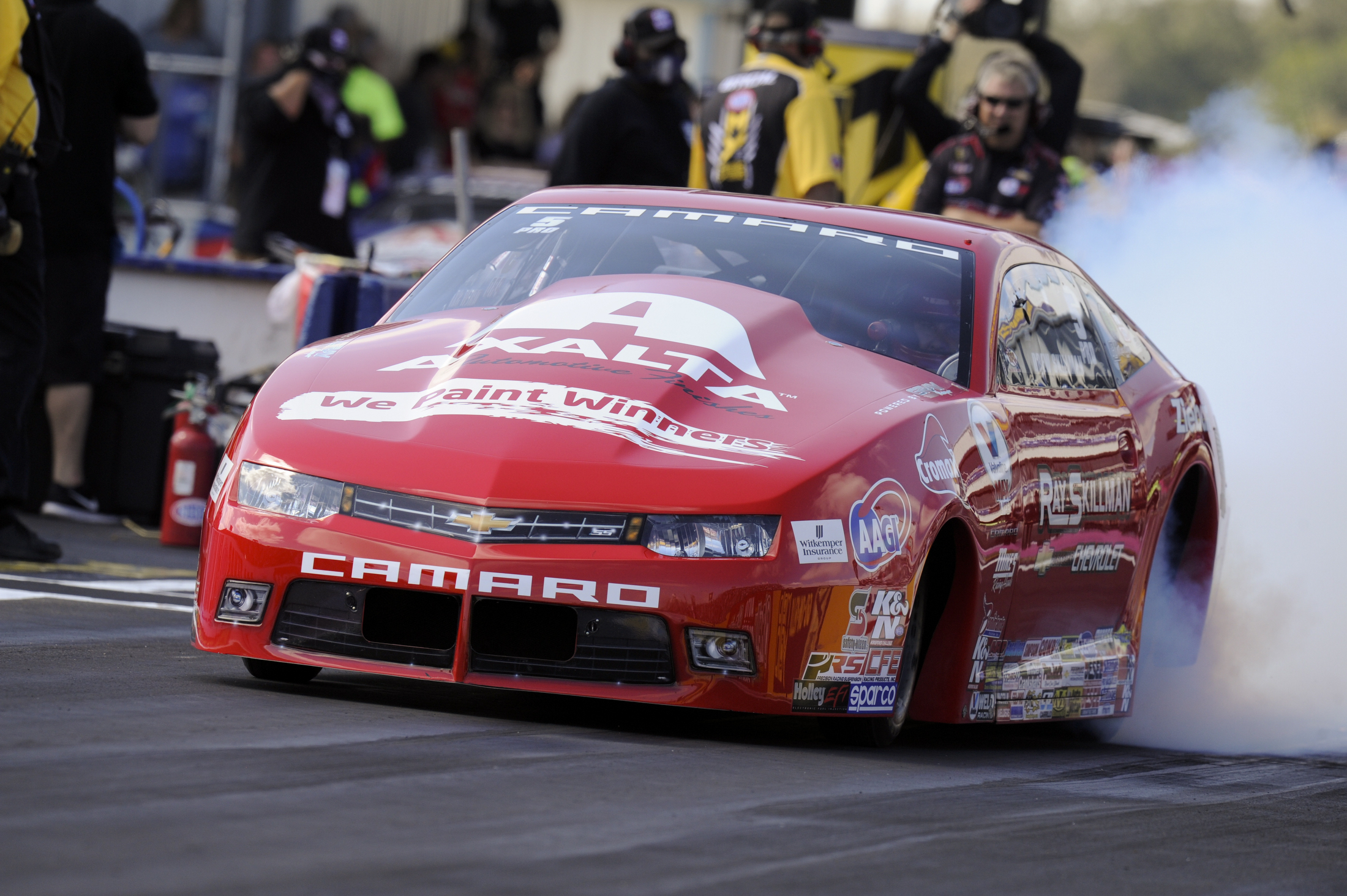 Drew Skillman finally has the monkey off his back.

Skillman, who entered the AAA Texas NHRA Fallnationals with a perfect record against the Gas Monkey Garage-sponsored Alex Laughlin, extended his perfect mark to 4-0 by beating the recent St. Louis winner in the Pro Stock final round. 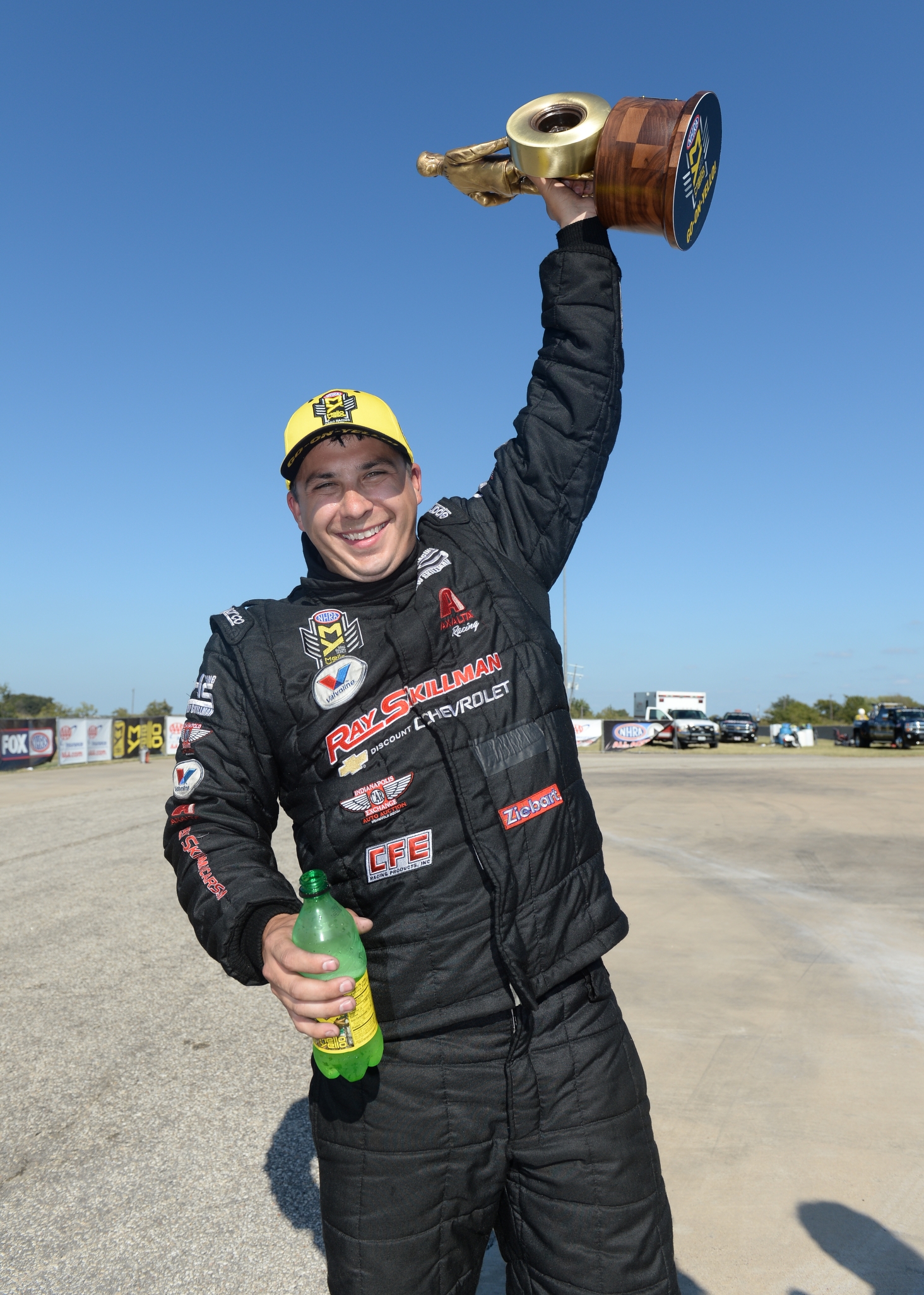 Skillman needed this kind of performance considering he'd only won one Countdown round headed into this weekend's race.

"This was a best case scenario," said Skillman, who along with Laughlin uses horsepower from Gray Motorsports. "We have struggled so much with this race car. We were lost and headed into the Countdown; that's the worst possible time to be lost.

"We had some luck on our side this weekend. I drove decent and the car went. I think we are headed in the right direction and need to do some testing. We have to hit these last two races hard."

The victory over Line was monumental in his road to the final round. Skillman has beaten Line in their last three meetings using a simple strategy.

"It's simple, I have nothing to lose," Skillman said. "If I go red, I go red. Nothing matters at this point. I know I cannot win the championship, but I can always get better. I'm just going to hang it out there and see what happens."

The Texas Motorplex is Laughlin's home track, so Skillman understood headed into the final round how much winning would mean to his opponent. After all, he had the same thing done to him last year in Indianapolis when he lost to then teammate Erica Enders in the U.S. Nationals final round.

"I told [Alex] immediately after the race, I know how he feels," Skillman admitted. "It's rough. You have your whole family there, and friends, everyone and then it doesn't happen. It takes a little while to get over. I wouldn't blame him if he's bitter about it. He went to the winner's circle and took pictures with us. He's been awesome."

The victory also ensures Skillman as the non-KB Racing team member to win more than one race.