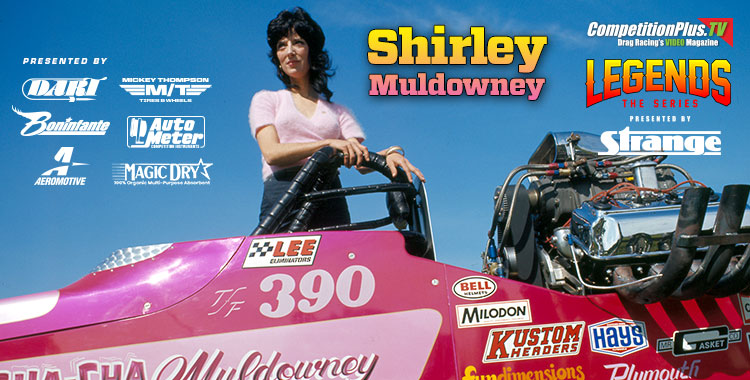 The premiere of Legends: The Series featuring Shirley Muldowney will be delayed until Tuesday, February 5, 2019.

Show producer Bobby Bennett said software issues which could not easily be fixed in the middle of covering this weekend's PRO Winter Warm-up, made it evident the best course of action was to hit the pause button until the team was back in the office.

"We essentially built the episode on our main computer back in the office, and while we transferred the files over to our travel computer some of the files, just didn't completely convert. I could improvise and make it work, but the quality just wouldn't be as good as it should be.

"One of the steadfast rules we've had since day one was to present the best possible show every time, no compromise. This episode is extremely special to me, so I wanted to take some extra time and do it the best I could."

Legends: The Series is an internet-based documentary which profiles the legends of drag racing. This series has attracted well over 3 Million views since its premiere in May 2014.