RVW STANDOUT LEE RUNS THE TABLE IN RVW AT LO12 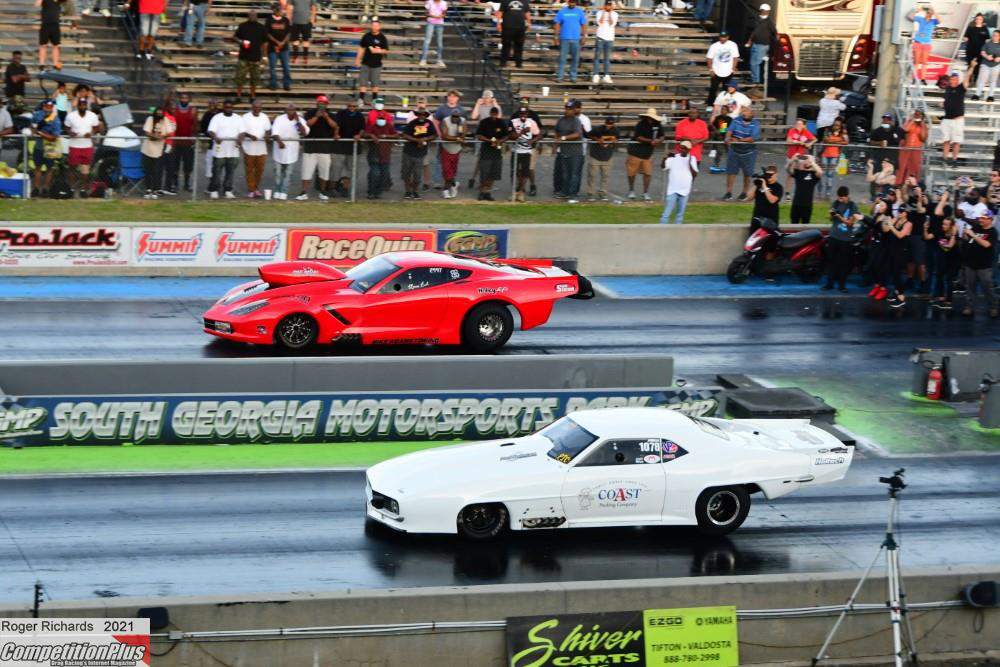 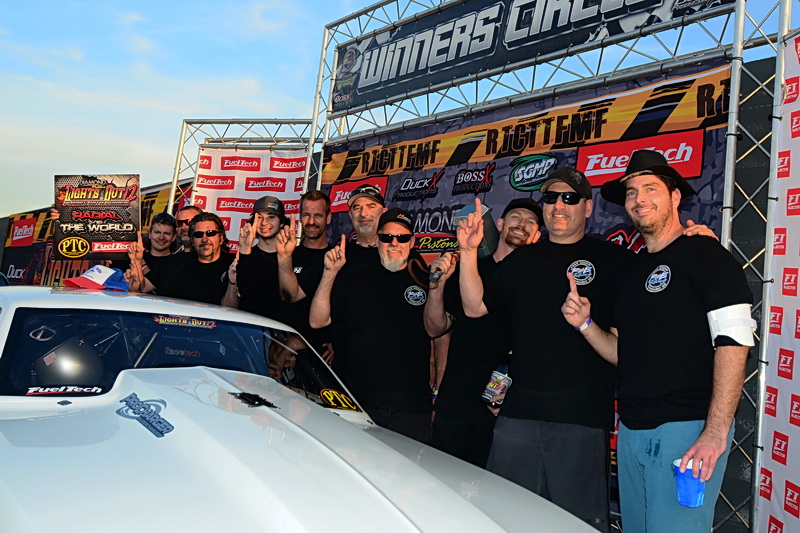 Set a new elapsed time record, qualify number one, set low ET in every round of racing, win convincingly in the final round: check, check, check, and check. Jason Lee did at all Feb. 25-28, at South Georgia Motorsports Park, where he defeated Marcus Birt for the much-coveted Lights Out 12 Radials vs. the World title.

"I've got a lot of small-tire radial experience, but never at this level, never on the bigger tire, so this is pretty cool," the Toledo-based driver said after only his fourth RVW outing. "But I couldn't do it without this great team, a great team owner, a great car, and just everything it takes to win a race like this."

Driving the Coast Packing Company '69 Camaro for 2020 NMCA Pro Mod World Champion Eric Gustafson, who was recently injured in a traffic accident, Lee established himself as a frontrunner early in the week with a 3.507 test pass, which if official, would've set a new class record. Regardless, on Wednesday night as half of the first pair to make an official RVW qualifying pass for Lights Out 12, Lee proved it was no fluke by going 3.502 at 211.46 mph to officially put his name in the record books and secure the number-one position over 37 class entries.

If there was any downside to the team's weekend it was coming up just a little short of being the first to the .40s on radial tires, an honor that remains there for the claiming.

"With our combination we use 100 percent of our horsepower, so we needed the weather conditions to cooperate and when the weather went away our opportunity to go .40s went away," Lee explained. "But we got real close and what that tells us is that there's still a real opportunity out there when Sweet 16 (the next Duck X Productions event at SGMP next month) rolls around and that'll keep us digging."

Saturday night saw the opening round of eliminations in which Lee set low elapsed time with a 3.56 win over Paul Gargus. On Sunday he opened again with low ET for the round after repeating within four-thousandths another 3.56 against Tim Slavens, which sent him to the quarter finals where a 3.58 was again quickest of the round and put Daniel Ray on the trailer.

The semi-finals had Lee and his Procharger-boosted ride going up against number-five starter Jamie Hancock, but a .058 holeshot and a 3.60-seconds run sent Hancock and his nitrous-fed '69 Firebird packing and gave him lane choice for the final. 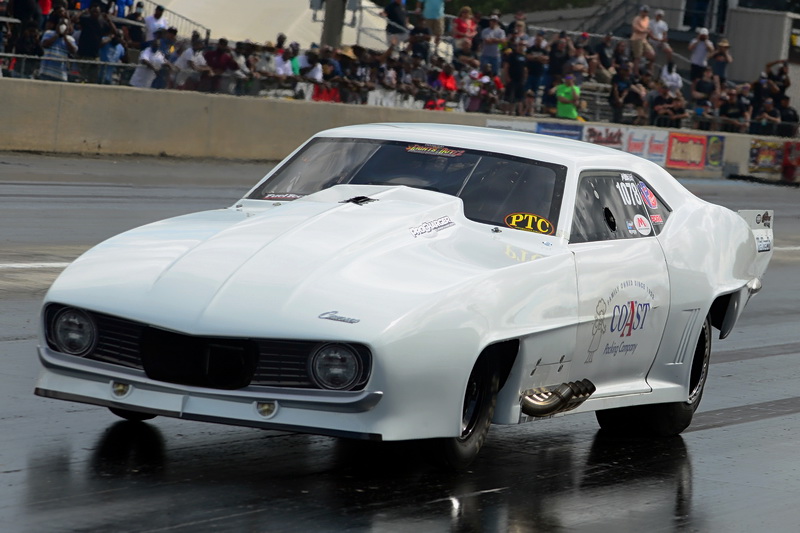 Waiting there would be third-place qualifier Marcus Birt, who defeated Eddie Harrison, Jody Voyles and Melanie Salemi before beating runner-up qualifier Bryan Markiewicz with a solid 3.61 at 204.29 mph effort in his own nitrous-huffing C7 Corvette.

"I knew that I left first, but I did see him out of the corner of my eye and there's a spot at the end of the 60 foot where I knew if I went into any shake at all he could've went by me, but it did stay hooked and once we got past there I pretty much knew we had it done," Lee said.

Afterward, Lee said only the last-minute help of Nicole Liberty from Liberty's Transmissions allowed his team to avert late disaster.

"Motor wise we were in pretty good shape, but transmission wise we broke right before the final," he revealed. "Luckily, Nicole was actually here at the track, so our guys yanked the transmission out and as soon as it came out she was going through it and she rebuilt the transmission before we made that final round. She really helped us out."

Obviously disappointed, Birt said his car performed "pretty much what we thought it was gonna' run, but just fell a little short. The track was a little iffy and we just didn't want to shoot ourself in the foot.

"And he got out on me a little bit, but we 60 footed and ran to the 330 pretty close to the same, but his car was really something on the far end. We just didn't have enough for him this time, but we'll get to work on it and figure something out."