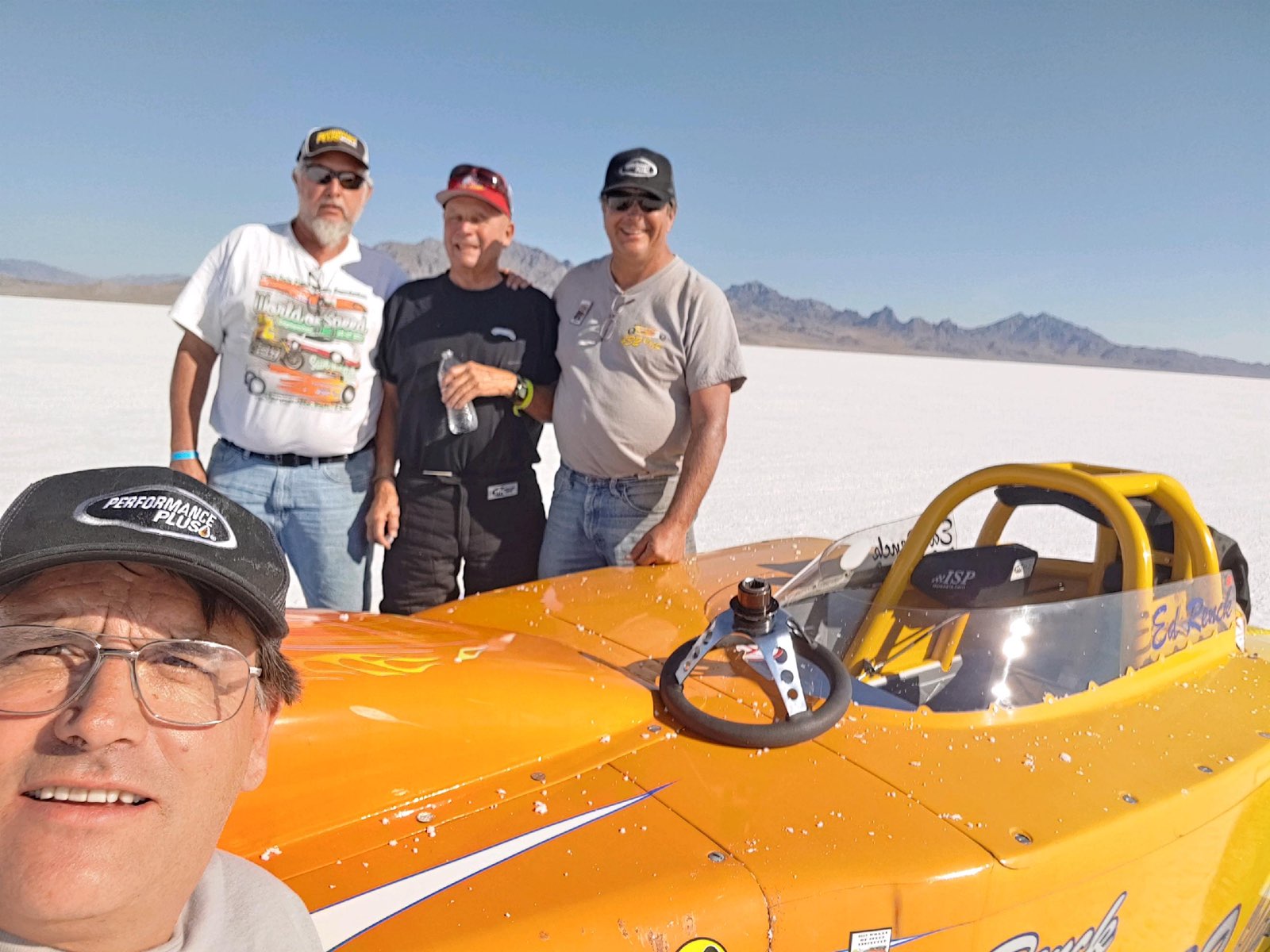 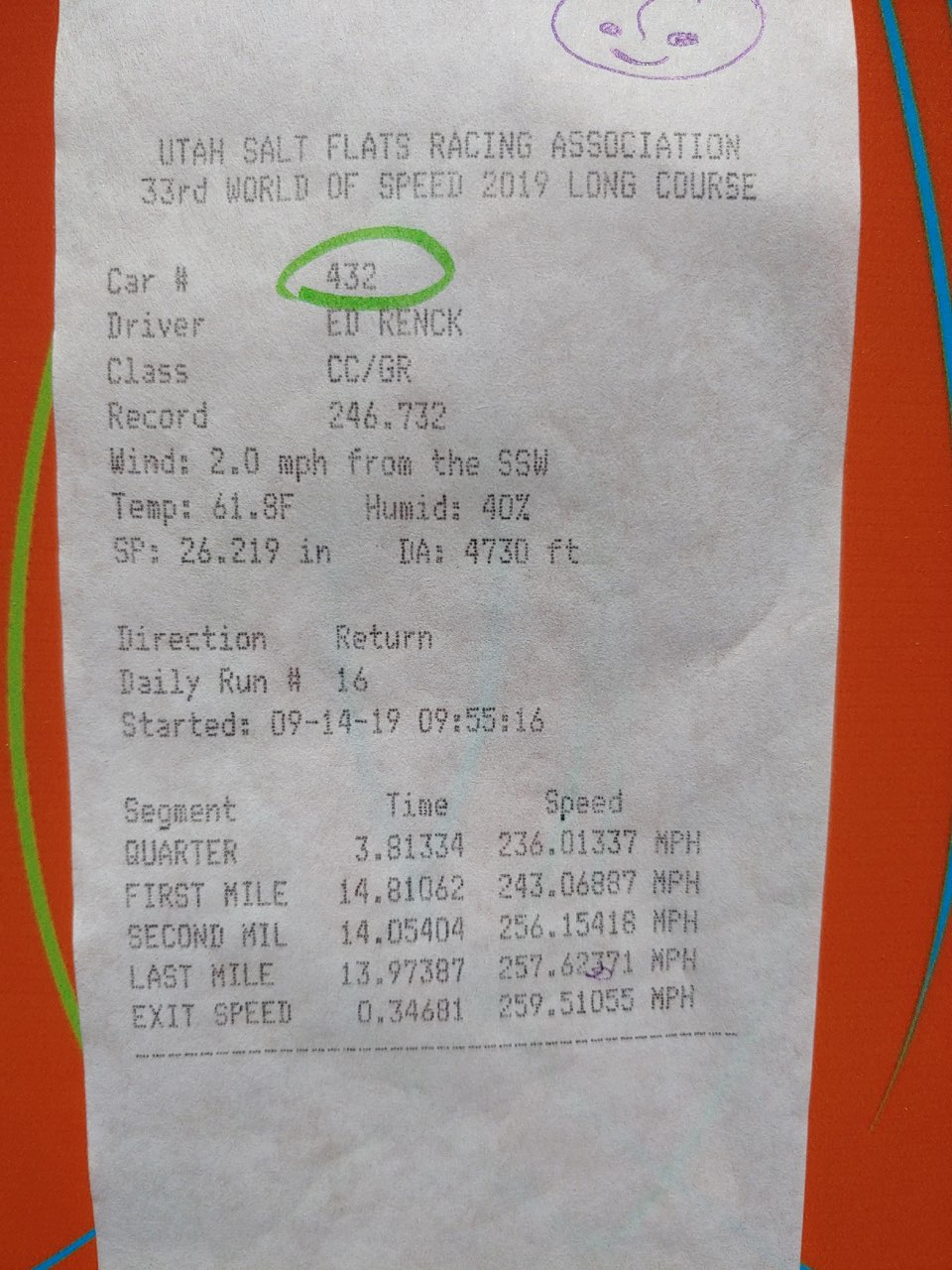 Breaking world records is not uncommon for Ed Renck.

And, he was at it again last weekend.

On Sept. 14, at the Utah Salt Flats Racing Association 33rd World of Speed 2019 Long Course event at the Bonneville (Utah) Salt Flats, Renck set the record in the C Gas Roadster Class with a speed of 255.624 mph. Renck bettered the previous record by 8 mph.

Renck was piloting a 1928 Ford Roadster-bodied machine. It has a 129-inch wheelbase. The engine is a 361-cubic-inch small-block Chevy SV2.

“I knew it would go 250 mph on the right track, but I didn’t realize it was going to go close to 260 mph,” Renck said. “I probably would have gone a mph faster or two between the fourth and fifth mile, but the engine was at 9700 RPM and you have to get to the five-mile mark and I didn’t want to blow it up, so I just sort of eased off the throttle. I think I gave up a couple mph.”

Renck credited his crew of his cousin, Carl Spencer and brothers, Jeff Kosley and Curtis Kosley for his most recent record-breaking performance.

“If it wasn’t for Carl and the Kosley brothers, I would not have been able to go out there and do this,” Renck said. “The engine and car were all tore apart and in about three weeks we had everything back together to go out there.”

Renck was inducted into the Colorado Motorsports Hall of Fame in 2017.

Prior to trying his hand at the Salt Flats, Renck had an impressive drag racing resume, winning over 45 races all over the country from 1967-83. He won NHRA’s Division V Top Fuel Championship in 1970 and was second in Division V in the same class in 1972 and 1978.

By 1976, he changed classes to Pro Comp and captured the Division V Championship and was named Division V “Driver of the Year.” 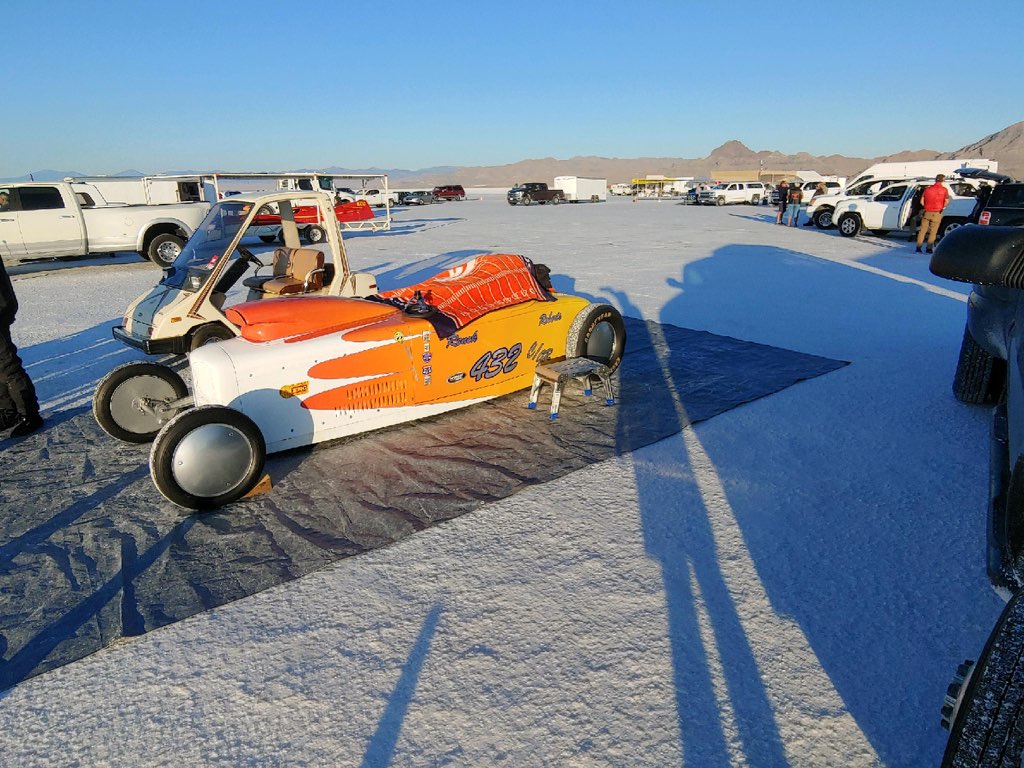