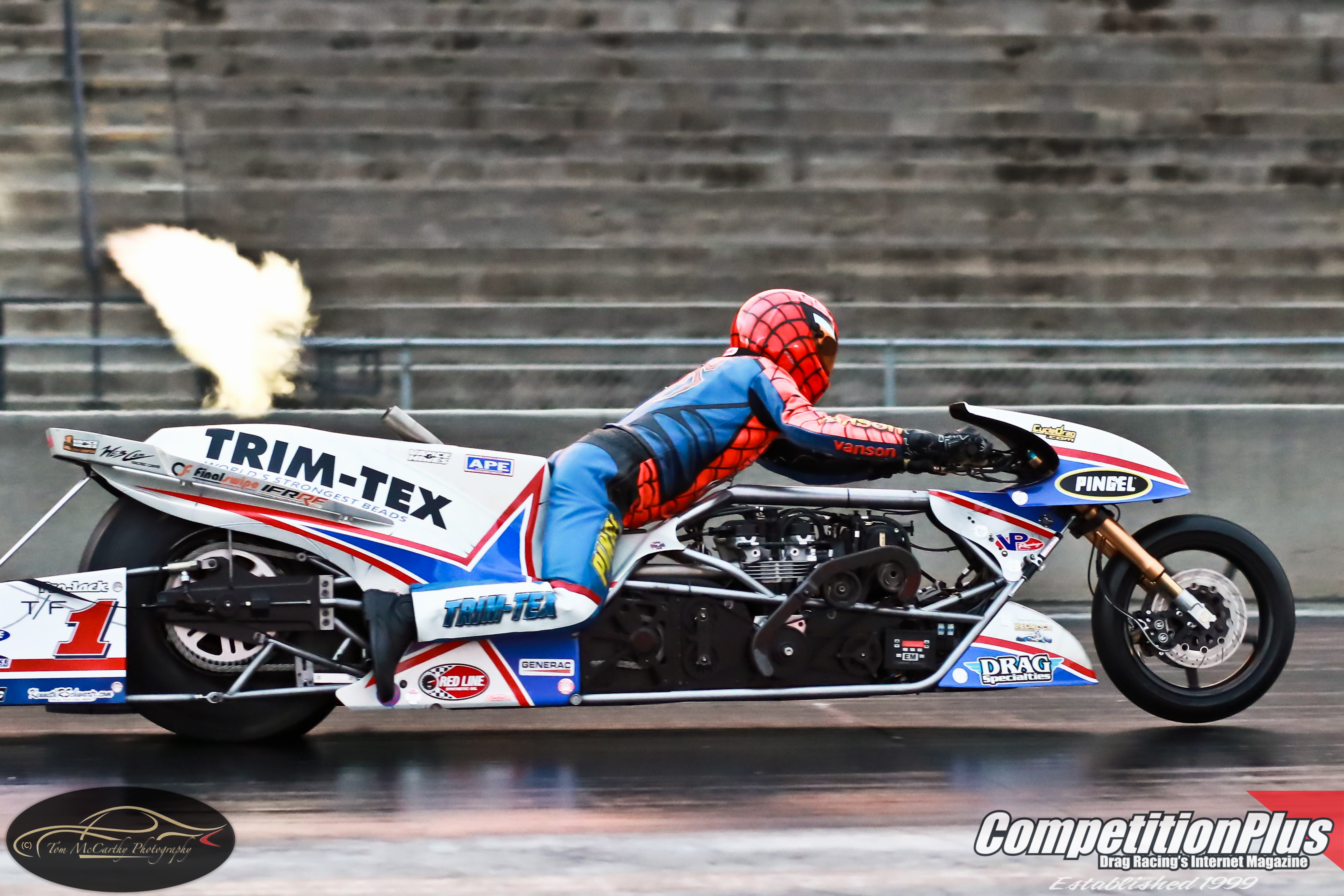 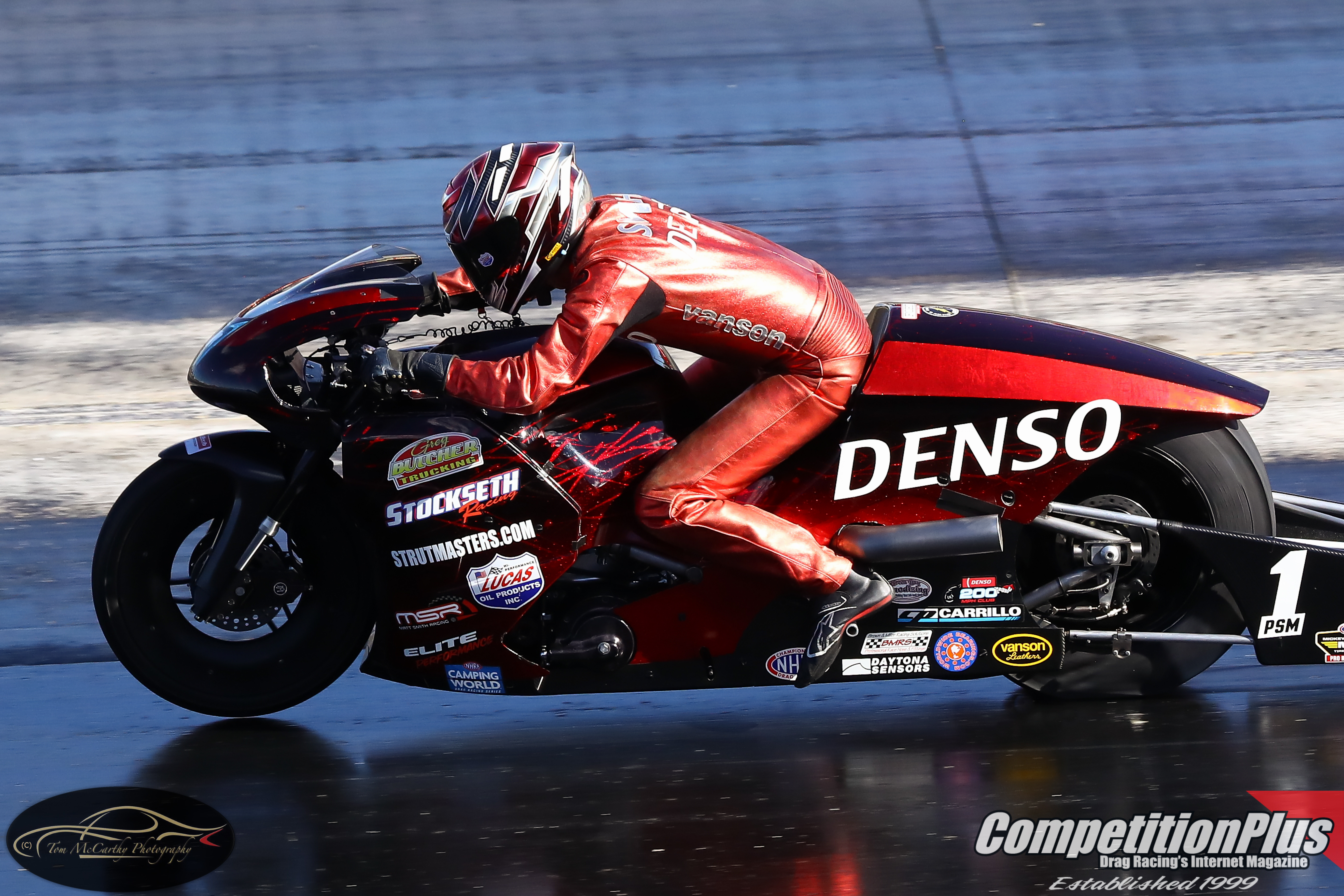 In Top Fuel Motorcycle, Larry “Spiderman” McBride, of Newport News VA, saved the best for the last of the event, putting a 5.678, 265.95 up on the scoreboard to win the event. His booming MPH is a new national record with the sanction, eclipsing the old mark of 263.10 set last year. In a post-race interview, when asked what it’s like to run that kind of speed on a motorcycle in the quarter-mile, Larry replied “Like Elmer used to say, it feels Goooood! It’s awesome, really; there’s no way to put it into words.”

Other new national record marks were set at the event in:

JE Piston Pro Mod – Ashely Owens, of Decatur, AL lowered the P/M mark to a 3.952 and won the event in the process. Paul Gast, of Grand Island NY, also re-set the MPH record with his 180.52 high MPH posted during the final round of the class.

New to Man Cup this year was the Robert Tull, Pro Stock Motorcycle class and Mr. Matt Smith of King, NC started off qualifying with the 6.75, 200.62 MPH. He then went on to defeat his wife Angie Smith in the final round with a stunning 6.728, 201.85. Matt commented post-race “ Our performance with Man Cup was no different than what we do with NHRA drag racing. The track was great and we showed how fast Pro Stock Motorcycles are going in 2020.” 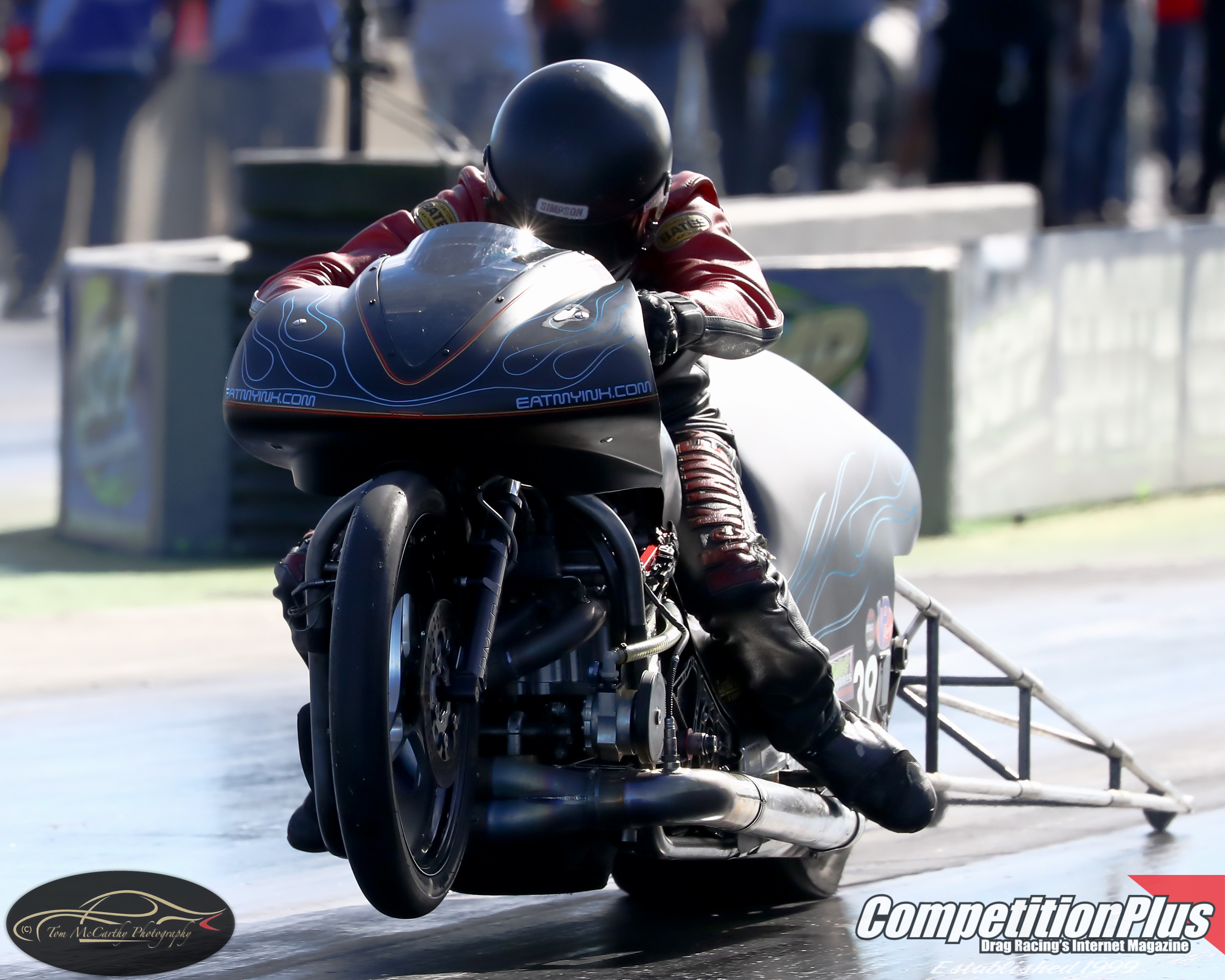