RACING FAN, FRIEND TO MANY BOB KUHAR PASSES AWAY 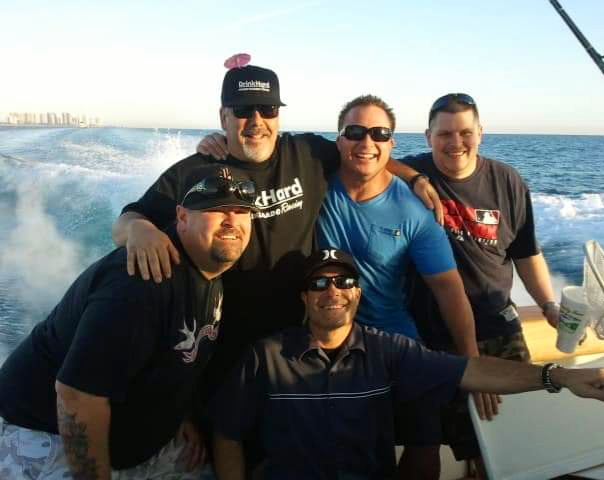 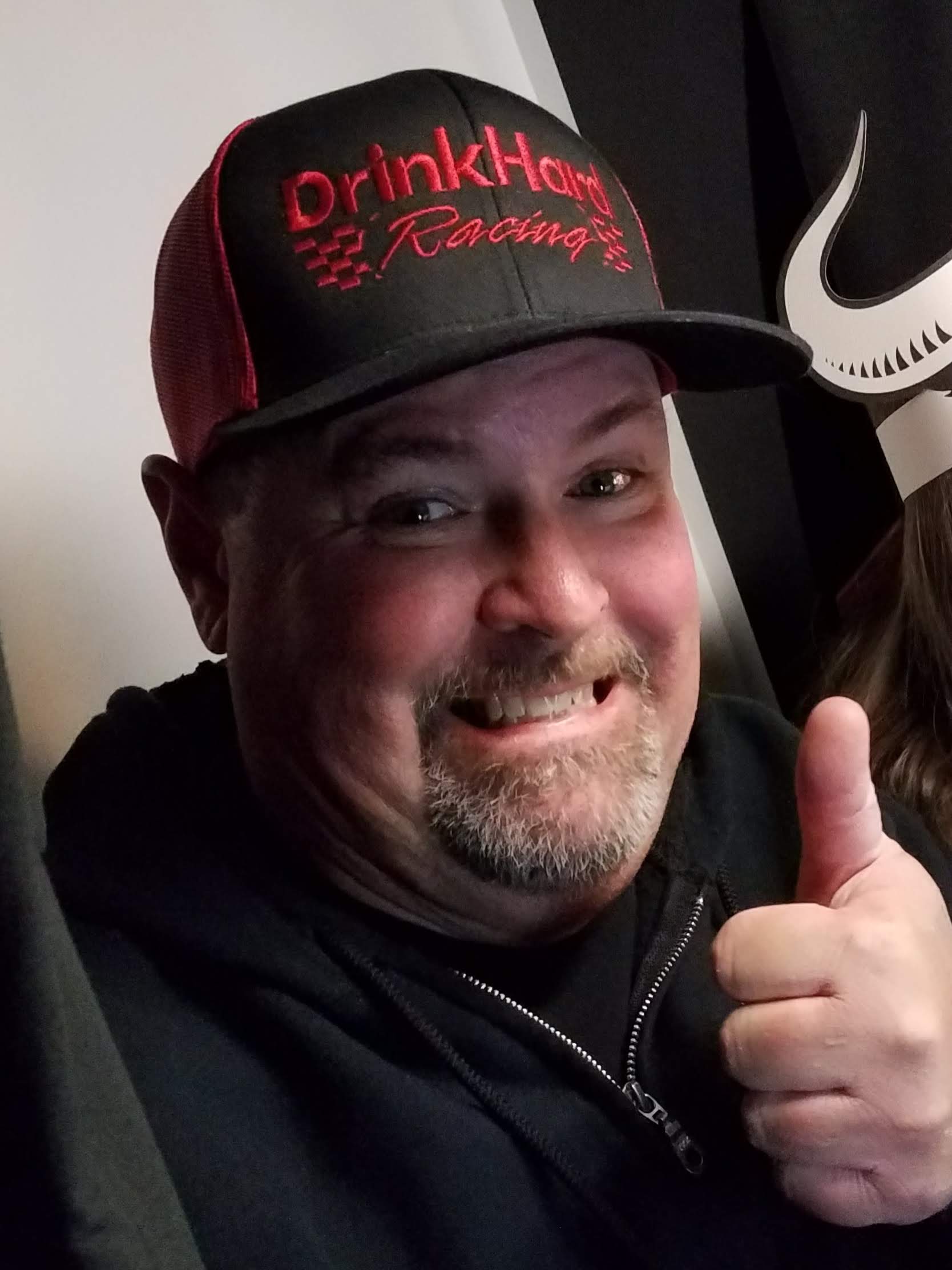 The drag racing community lost a passionate fan and friend to many when Bob Kuhar passed away July 8. Kuhar, who was living near Phoenix, Ariz., was 47.

Kuhar was best known for being part of the Drink Hard Racing group of Dr. Donny Fuqua, his cousin, Ron Capps and Tommy DeLago.

“Bob grew up in Upland (Calif.) and I grew up in La Verne (Calif.),” Fuqua said. “I knew him probably 40 years. Bob was the best guy, who was always smiling. He had the biggest heart. He was always the life of the party. He loved drag racing and loved being at the track. Everybody at the track knew Bob. He loved being in the pits, knowing everybody. He would always test your limits to see how far he could go, and he just wanted people to have a good time.”

Capps concurred with his cousin.

“Bob became friends with so many people at the race track and it is really cool to see (all the social media posts) when he passed from all the racers, and all the text messages I got,” Capps said. “He would’ve have been really happy to see all of that. His favorite place was at the race track and around everybody at the dragstrip. I always had so much fun with the trips we got to take and all the shirts he made, and he was pretty proud of some of the cease and desist letters he got from the shirts he made from some of the big companies. He would always bring a smile to your face, he was funny, and he was just a great dude.”

“He would always come by in the pits and we would converse about different stuff in life and he always had a lot of questions about racing and he was just a great guy,” Langdon said. “He was super friendly, and he loved to have a good time at the race track. He had a lot of friends throughout the racing community, everybody knew who he was. He will definitely be greatly missed.”

Fuqua had the following story to tell about the creation of Drink Hard Racing.

“Like all great ideas, it was born on a bar napkin,” Fuqua said. “He was the master of all those designs. He used to own a skateboard shop (Utility Board Shop in Phoenix) and he was the man for designs and T-shirts and hats, clothing. He was brilliant with coming up with a logo and incorporating everything in that logo.”

Fuqua said Kuhar was a once-in-a-lifetime type of person. 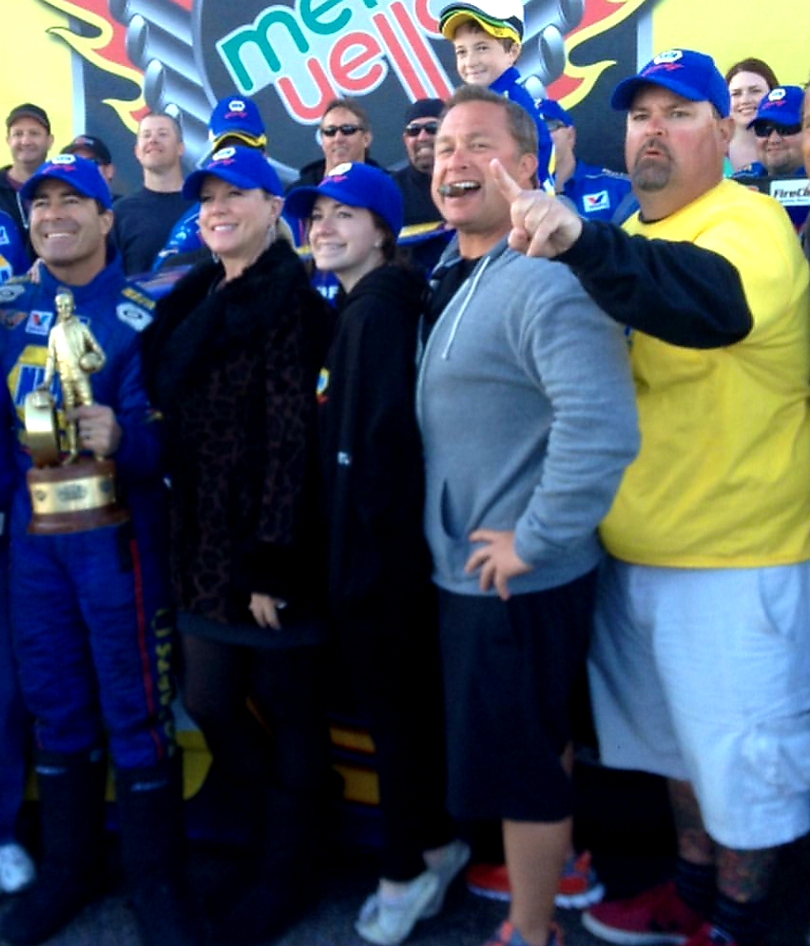 “You can’t replace a guy like that, who has that kind of heart and personality,” he said. “He brought so many people together. People who weren’t really into racing he would bring them to the track and meet Ron and meet Tommy and hang out in the pits and have a couple of beers and go up to the starting line and blow their face off with nitro with a burnout and those people kept coming back to the races every single year.”

DeLago, a world championship nitro Funny Car crew chief, took a moment to describe what Kuhar meant to him.

“Bobby was a very special person,” DeLago said. “He was always positives even through life’s up and downs that he had, and he always had a way of making everybody laugh. He was a natural comedic guy and had that aura where everybody always wanted to hang out with him because he was cool to hang out, but also to see what was going to happen next because he was always going to do something, whether it was say something hilarious or whatever. There was never a dull moment with him.

When I first met him, I was working with Bob Gilbertson and he came in the trailer and Gilby and I were in the lounge and he introduces himself and he says ‘My name is Bob Kuhar, nice to meet you guys. Let’s do a shot of tequila.’ I didn’t know him for 30 seconds yet and he walks in like he knew you. That’s a knack Bob had. He would meet someone, and they feel like they knew him their whole life. You would gravitate to the guy and he just didn’t care what people thought. He was comfortable in his own skin kind of like the way we all wish we could be, but we can’t pull it off because of political correctness and keeping our jobs. I really never saw anybody as comfortable in their own skin as Bob was.”

Kuhar is survived by his parents, Bob and Linda and children, twins, boy, Cooper, and girl, Audrey, who are 10.