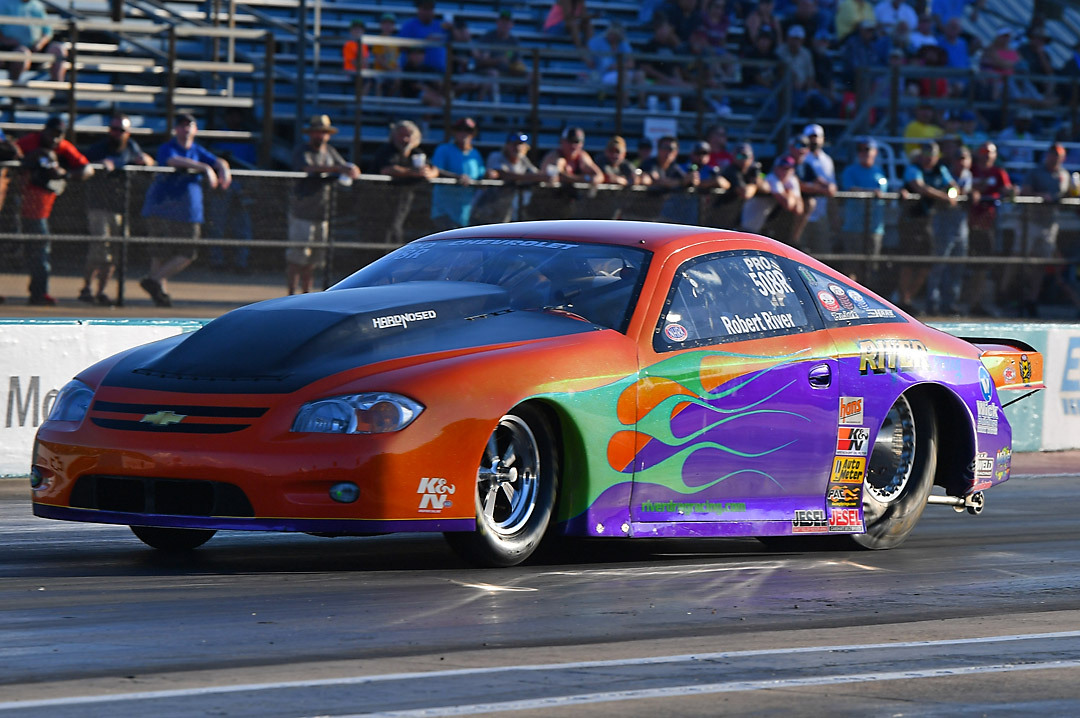 Then an emergency happened.

Dave River, a veteran Pro Stock driver and Robert’s father, had an emergency appendectomy July 7. Dave is the owner and crew chief for the team.

“I had my appendix taken out, and they put me on a 10-pound weight restriction,” Dave said. “I went to work Monday morning (July 6) and I felt great. Then about noon I started getting nauseated and I didn’t feel good. I went to the ER that night and they ran some blood work and said I needed to have surgery. I got my appendix out at 8:30 the morning of (July 7) and I was home at 8 o’clock that night.

“We are a small team and I can’t go without Robert and he can’t go without me. That’s just the way it is so we pulled out of the race. Rather than just not show up we wanted to give a shoutout to our fans. We will miss not being there.”

Robert was going to pilot the family-owned orange-painted Cobalt in Indy.

Dave said the team is planning to return to action Aug. 21-23 at the NHRA national event at Heartland Motorsports Park in Topeka, Kan. Robert will be driving in Topeka.

“As long as I get healed up and I get clearance we will be on our way to Topeka,” Dave said. “After Topeka, we plan on racing at the U.S. Nationals (in Indianapolis, Sept. 3-6).”